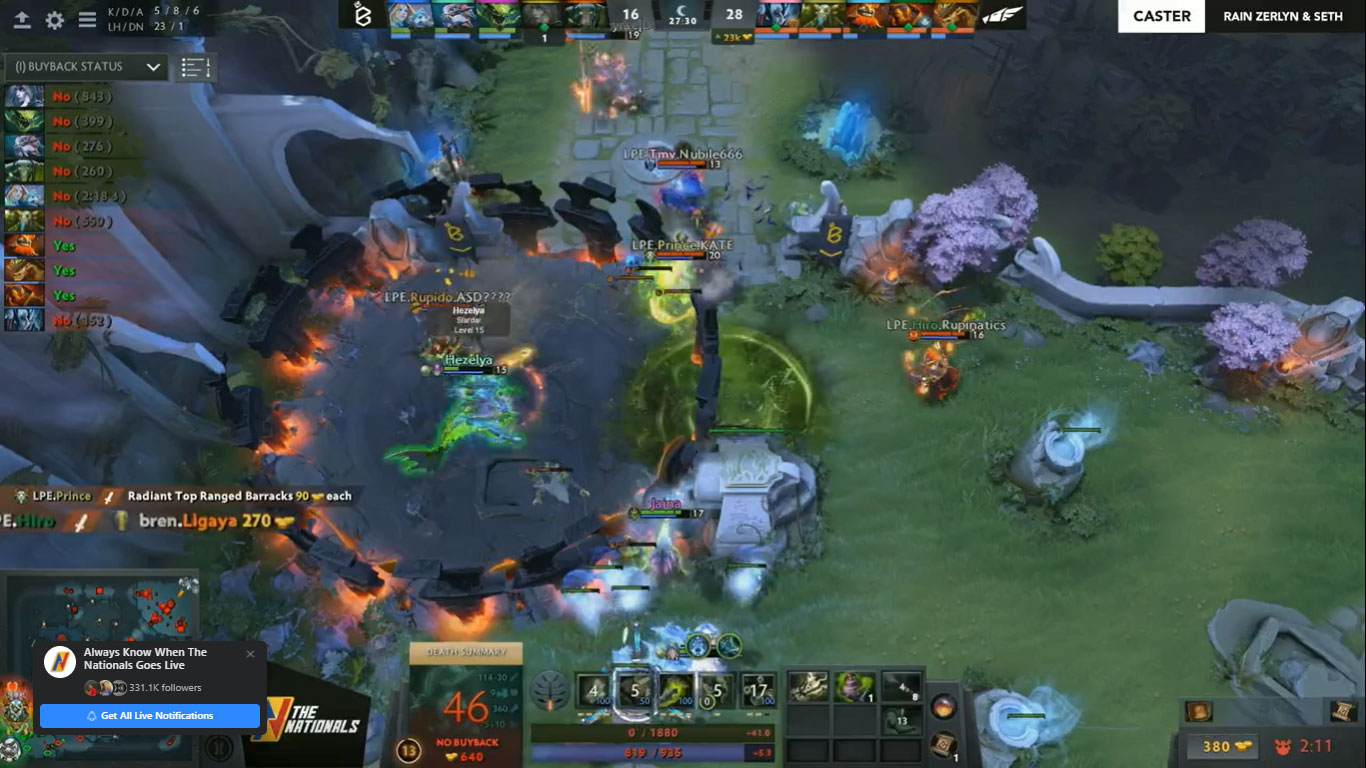 Cy spearheaded Game One for LPE, finishing with 14 kills, three deaths, and 17 assists with his Mars. He also tallied 582 gold per minute through 180 last hits and 15 denies.

Tmv, on the other hand, provided the support using Vengeful Spirit, putting up five kills along with eight deaths and 27 assists throughout the 32-minute game.

It was the same story for LPE in Game Two, but this time it was Hiro who starred in the dominant victory. He had six kills, four deaths, while dishing out 19 assists for the Eagles, who had a total of 33 kills in the match that lasted for just 25 minutes and 19 seconds.

Cy ended with 12 kills, two deaths, and eight assists with his Meepo to help LPE improve its standing to 9-3 with 13 points, inching closer to the league-leading Cignal Ultra Warriors who have a 10-2 card for 14 points.

On the other hand, the all-female BREN Epro suffered its 12th match in as many outings.

STI E-Olympians settled with a tie once again, this time with against Smart Omega in the second match of the day.

With the draw, Omega has tied Happy Feet at the fourth spot with identical 5-7 cards for six points.

Meanwhile, STI remained at third with eight points through a 7-5 slate.