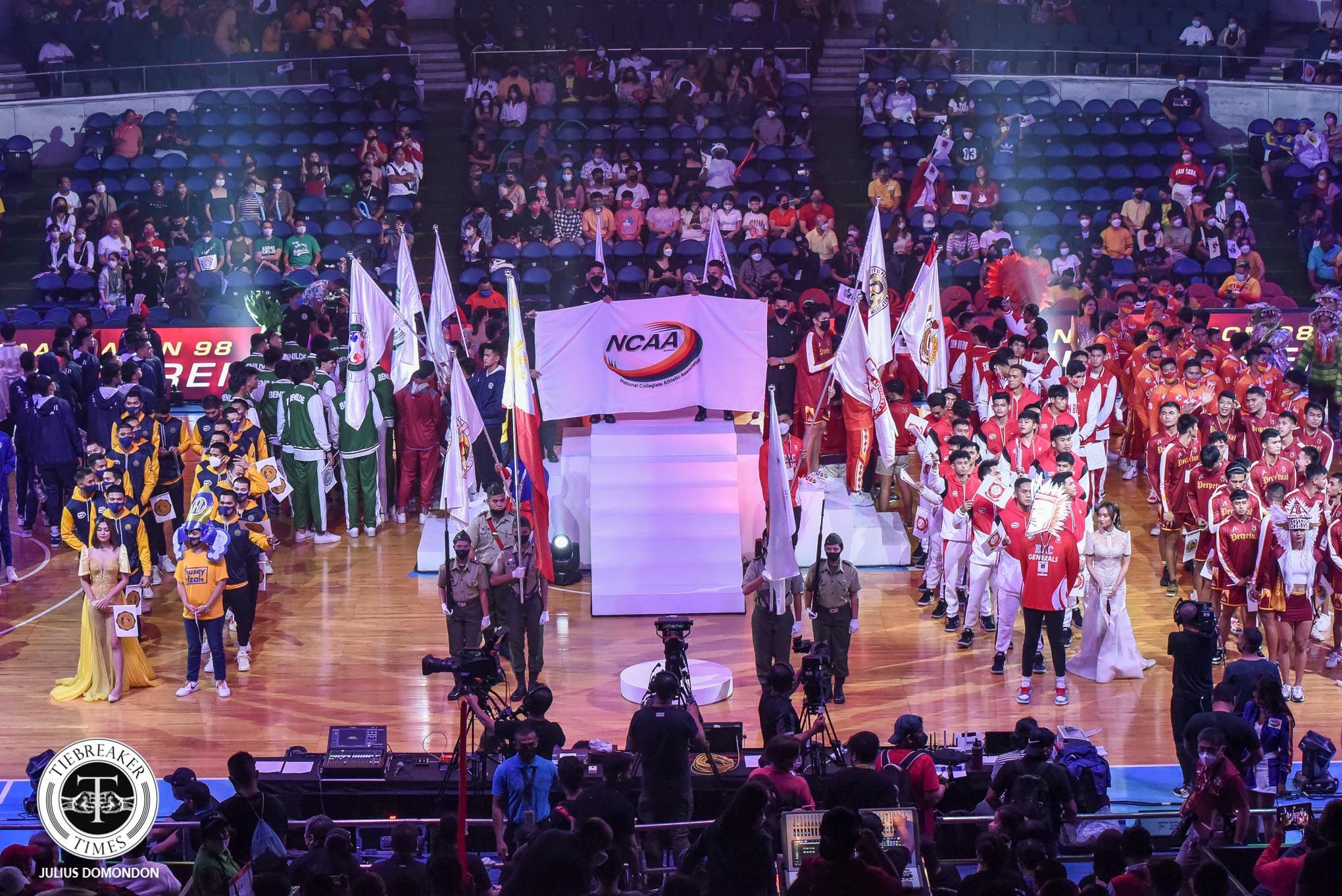 National Collegiate Athletic Association welcomed its fans back to open its 98th season on Saturday at the Smart Araneta Coliseum in Cubao, Quezon City.

This is the first time that NCAA welcomed its fans back in a season opener since 2019, before the pandemic in which Arellano University hosted the league’s 95th year.

The opening ceremony highlighted the players with the theme ‘Pista ng mga Atleta’ as they were joined by Kapuso artists Jessica Villarubin, Thea Astley, Rochelle Pangilinan, Sean Lucas, Mannex Manhattan, Ken San Jose, and the Gueco twins, together with the NCAA cheerleaders.

History has also been made today as this year marked the first-ever hosting season of Emilio Aguinaldo College.

“On behalf of the 10 schools of NCAA, the Philippines’ oldest, and premiere non-professional athletic tournament, I would like to welcome all of you to the NCAA Season 98,” said Dr. Jose Paulo E. Campo, EAC President.

“Our theme for this season; is to achieve greatness, not just today but every day. This exportation is not just for our varsity athletes, but for all particularly our students to live life to its fullest every day, to rise and meet life’s many challenges, and achieve greatness every day,” he added.

This season, the league also brought back other sports such as cheerleading competition, swimming, track and field, juniors basketball, men’s volleyball, beach volleyball, taekwondo, and chess.