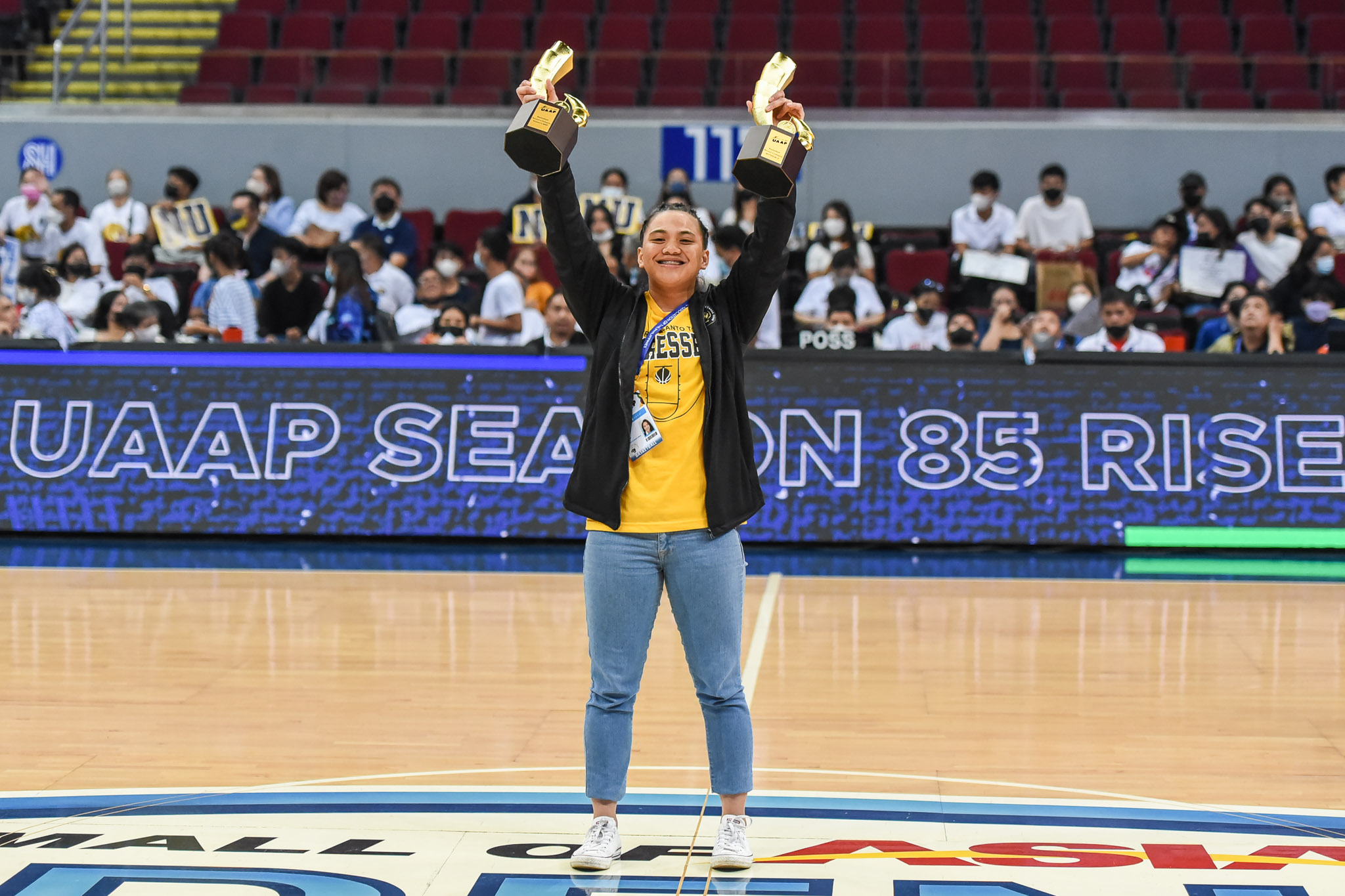 Eka Soriano of University of Santo Tomas was named the Most Valuable Player of the UAAP Season 85 women’s basketball tournament on Sunday at the SM Mall of Asia Arena.

The second-year Growling Tigress ran away with the top individual honors after amassing 92.286 statistical points (SPs).

Trailing Soriano was Ateneo de Manila University freshman Kacey Dela Rosa to emerge as the Rookie of the Year.