Angelo Kouame has included himself in the upper echelon of Ateneo student-athletes.

The 6-foot-11 naturalized Filipino was crowned as the UAAP Season 84 Men’s Basketball Most Valuable Player, Wednesday at the SM Mall of Asia Arena in Pasay City.

With the plum, Kouame became the sixth Blue Eagle to win the top individual honor of the league.

Jun Reyes was the first MVP from Ateneo, winning the award in Seasons 50 and 51.

Rich Alvarez then copped the MVP plum during Seasons 63 and 64 followed by Enrico Villanueva in Season 65.

Rabeh Al-Hussaini was the MVP in Season 71 followed by Kiefer Ravena during seasons 74 and 75.

Kouame was just dominant this season.

For Kouame, winning MVP is a testament to the “BEBOB” culture of Ateneo. 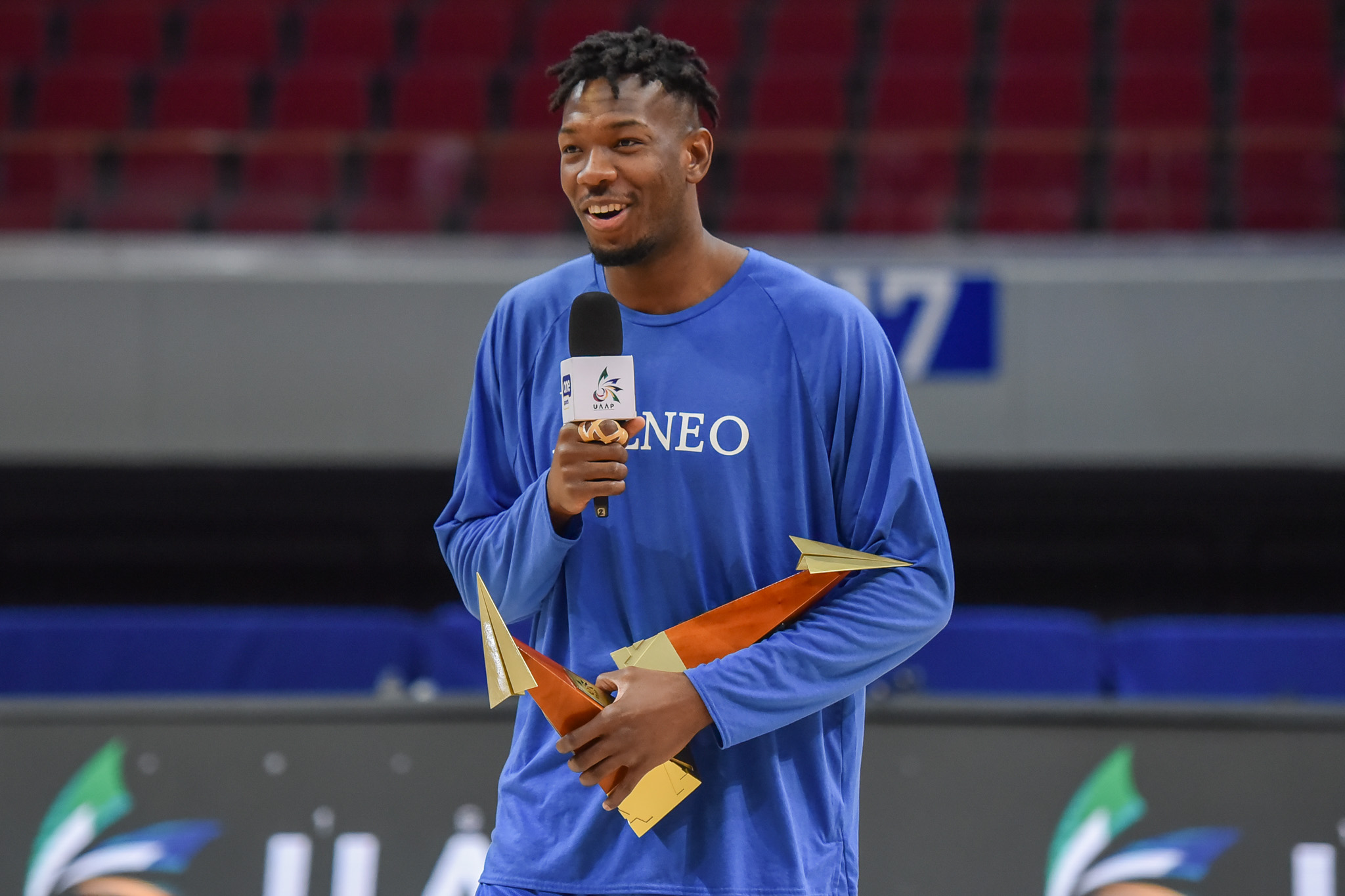 “To be honest with you, I’d rather be a champion than to be MVP,” admitted the 24-year-old big man. “I give credit to my teammates also not just me because I remember before the beginning of the season like I was feeling down from Gilas. The way how they all messaged me to tell me that this is family, you have all the time to come back and be ready for the season.

“This is what motivates me to push myself every single day, especially for this season and I try to do that for them also.” 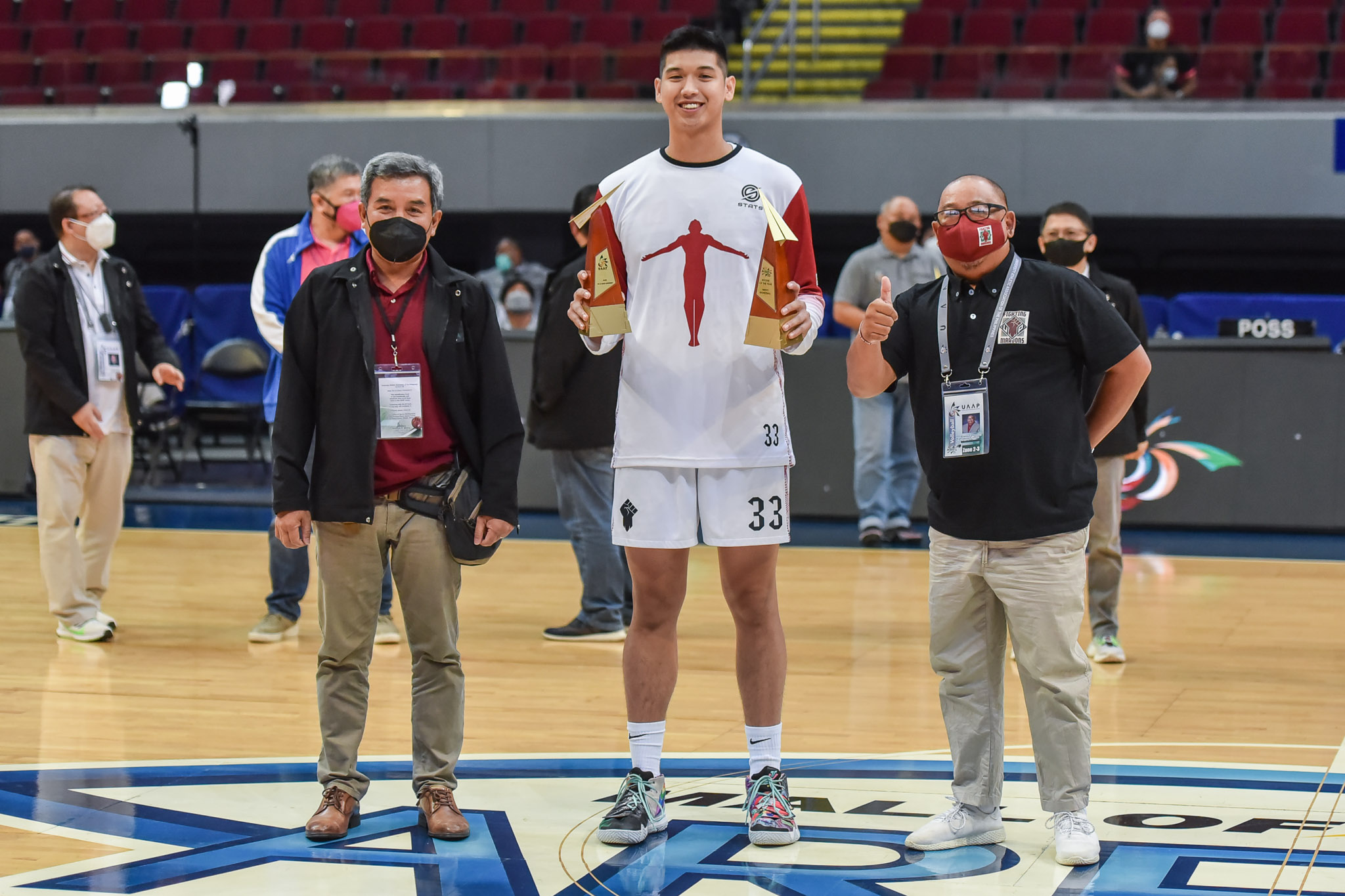 Meanwhile, University of the Philippines’ Carl Tamayo was the Rookie of the Year. During the elimination round, Baltazar averaged 12.69 points, 10.46 rebounds, and 3.0 assists. This is his third Mythical Team citation. 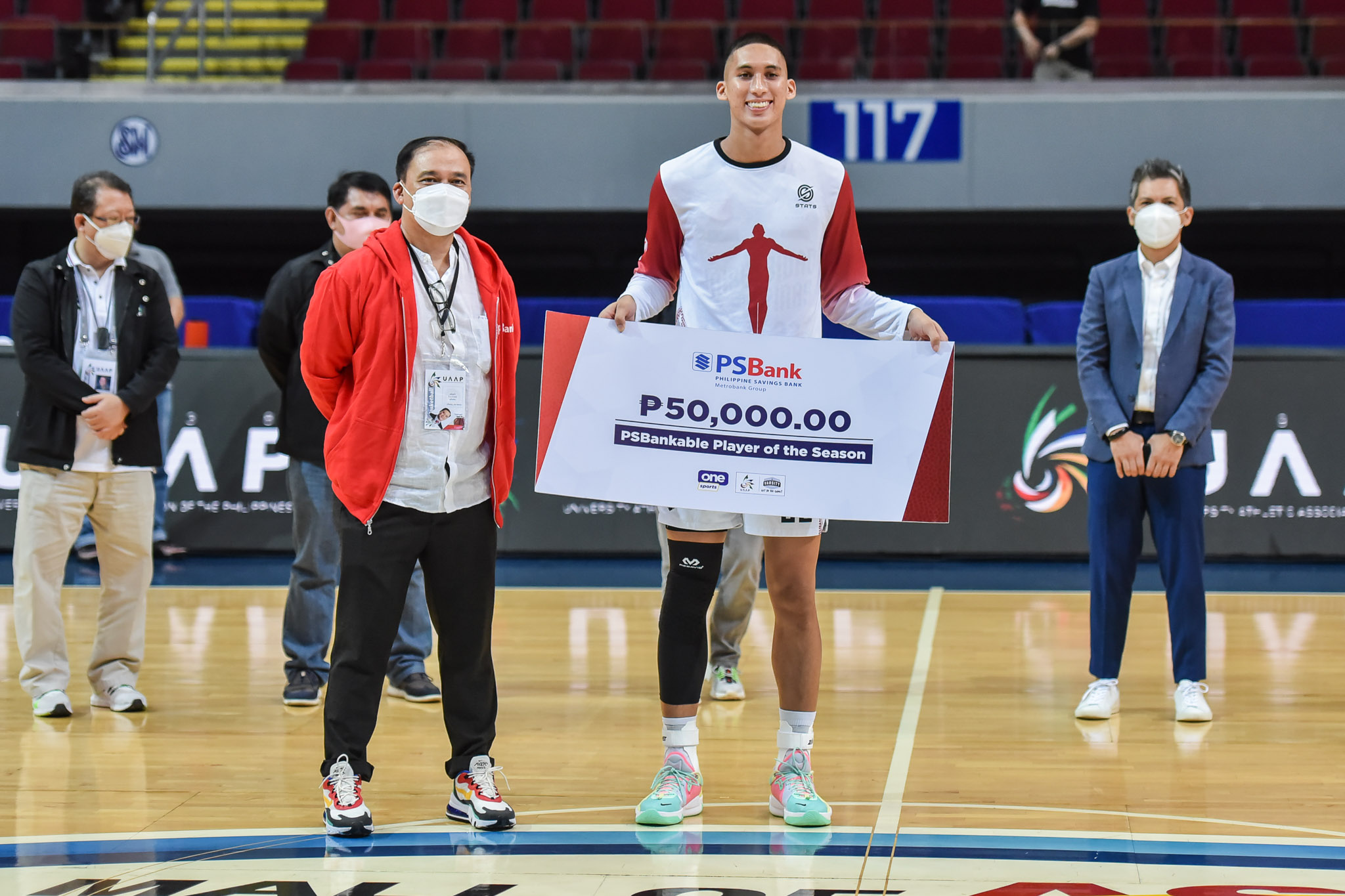 Lucero, who was neck and neck with Kouame for the top prize during the first round, ended up with norms of 13.43 points, 8.07 rebounds, 1.64 assists, and 1.5 steals per contest. The transferee out of Cal Maritime was also the PSBankable Player of the Season, winning P50,000 as well. 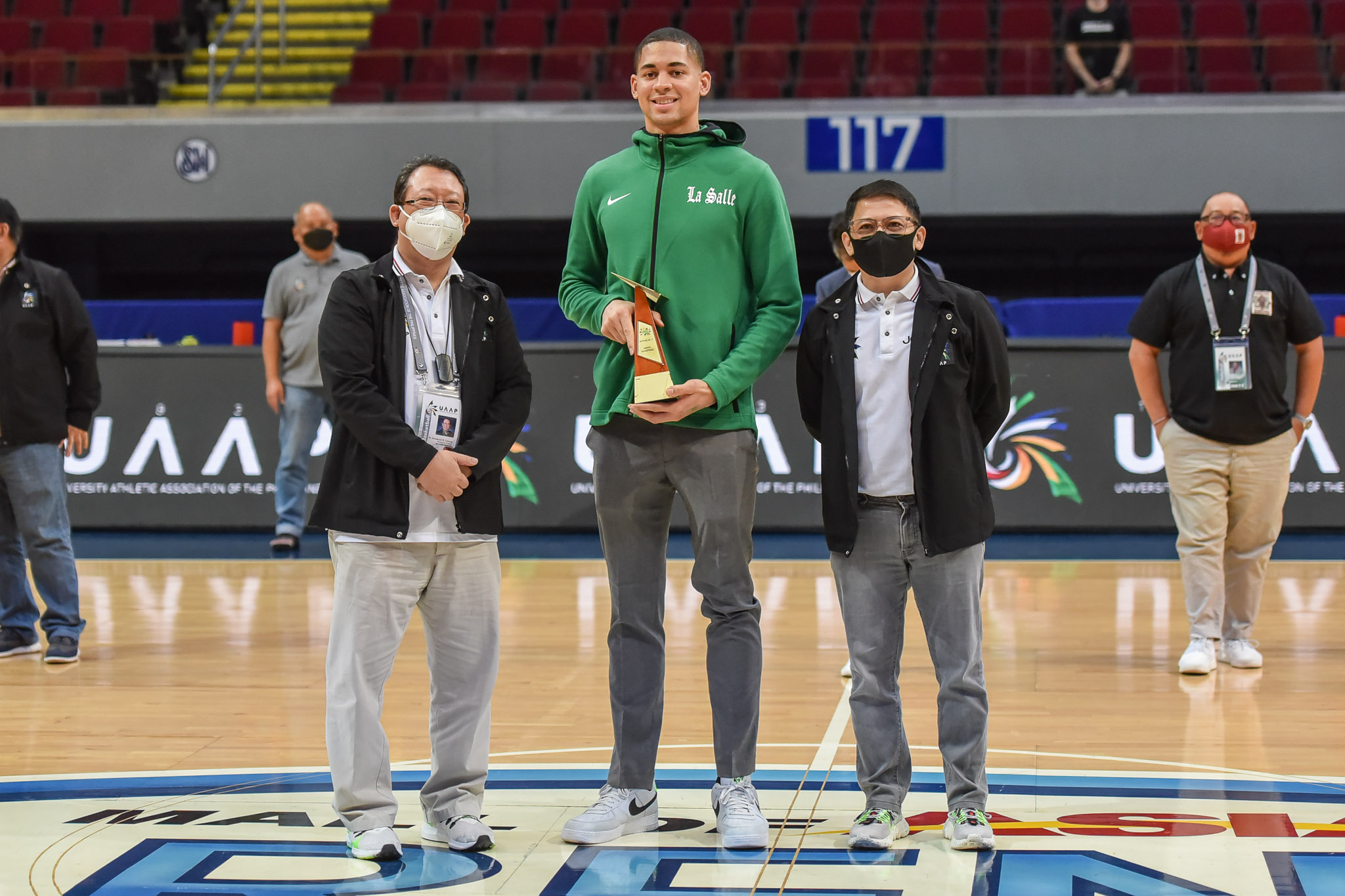 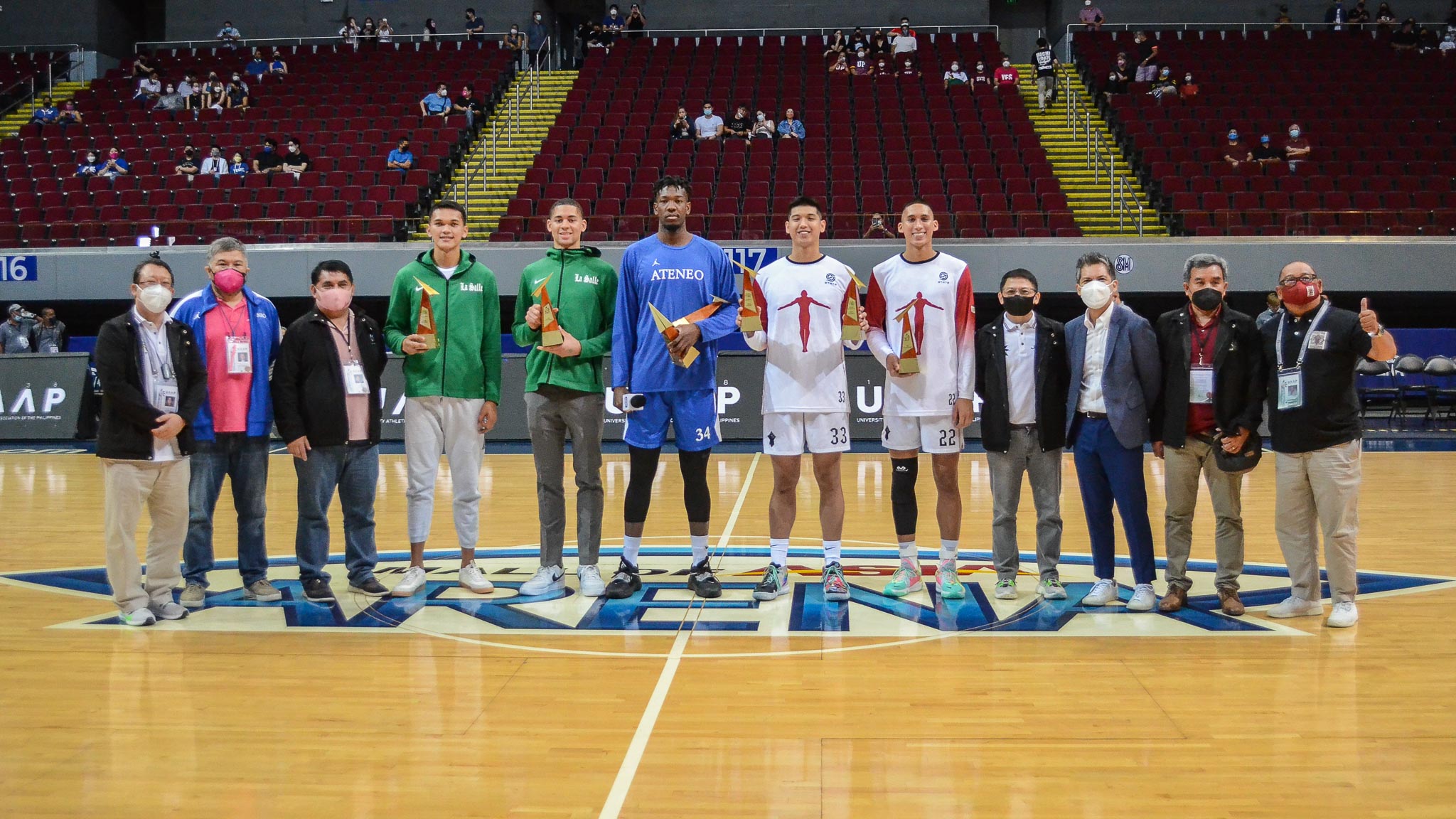