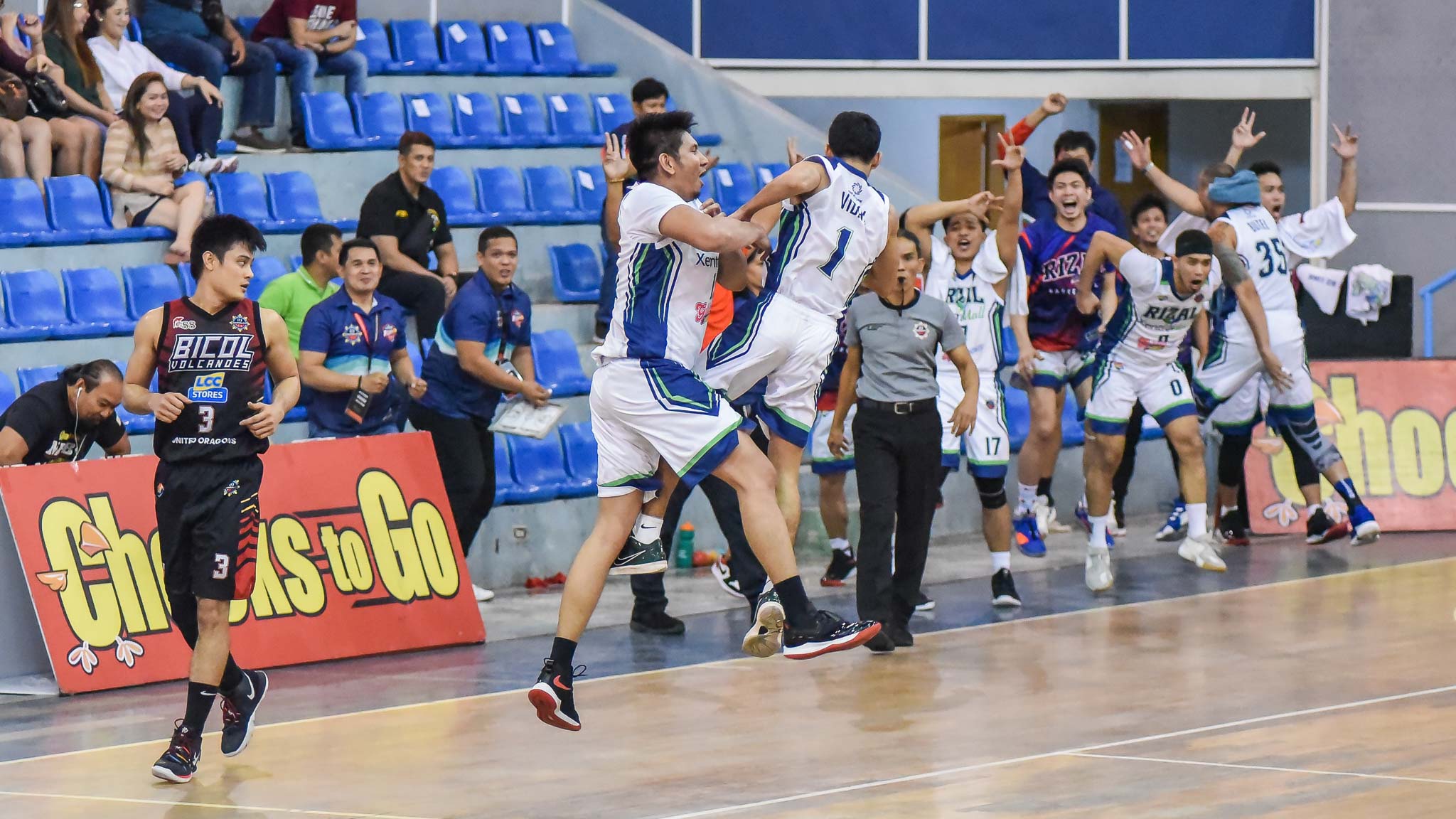 Down by five points, 70-75, Bicol’s Jerome Garcia drilled a trey before going 1-of-2 from the line to slice Rizal’s lead to just a point with 1:21 remaining in the game.

Mark Benitez then showed nerves of steel, firing from three-point range to stretch the Golden Coolers’ cushion to four points, 78-74.

In another effort to save his team from defeat, Garcia once again pulled up from deep to slice the lead to just a solitary point with 6.9 ticks left. But Benitez then bagged the game with a split from the line.

Benitez 17 points, 10 boards, and three assists for the 5-22 Golden Coolers, who is still dead last in the North Division.

On the other hand, Garcia led Bicol with 19 points built on five three-pointers. Ronjay Buenafe added 13 points and seven assists, while Chris Lalata had 12 points and nine boards.

The Volcanoes remained at the eight spot of the South Division with a 15-14 standing – one game ahead fellow playoff-hopeful Cebu, who possesses a 13-14 standing.