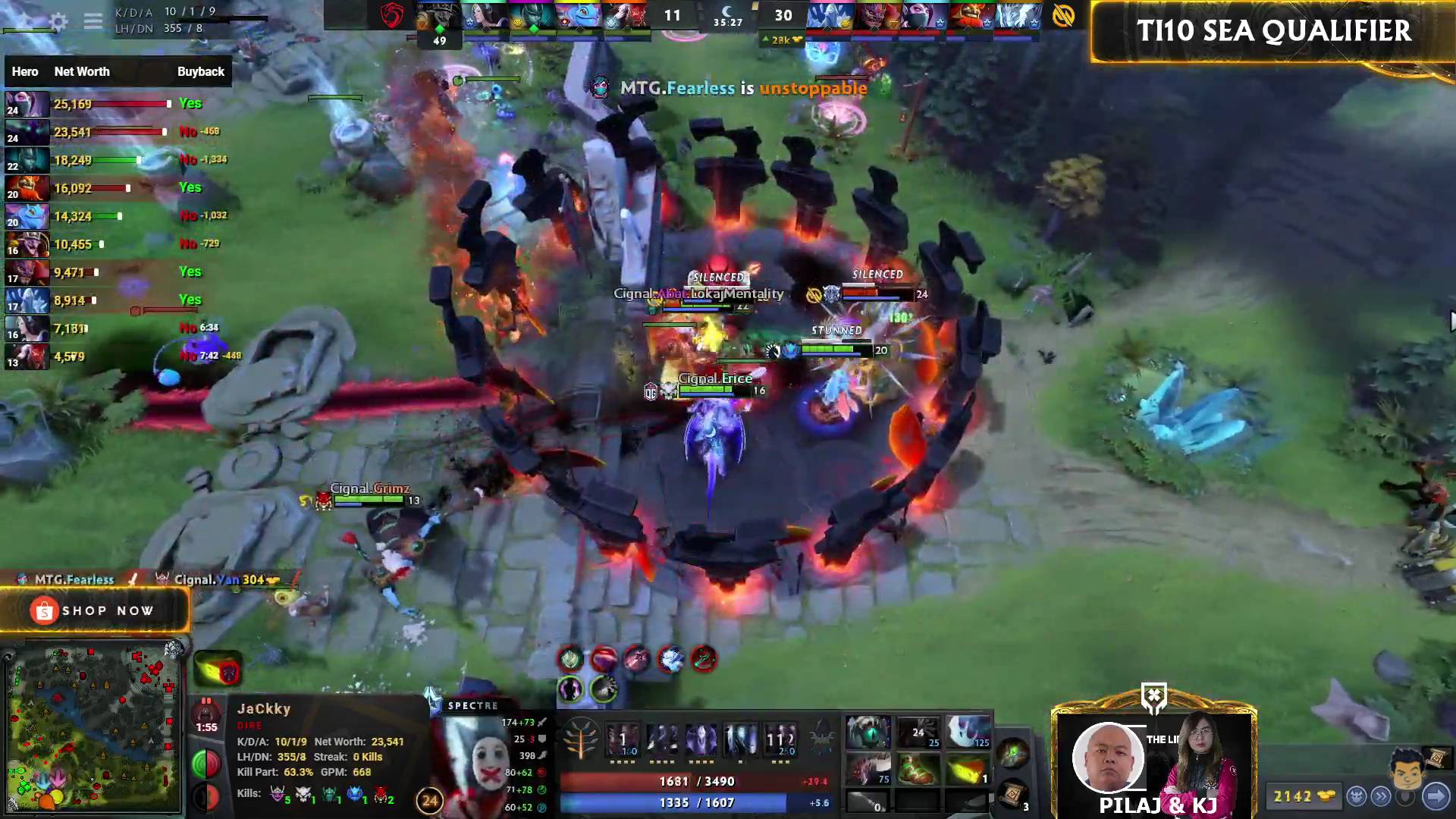 After a lopsided Game One loss, Cignal once again could not find their footing come Game Two. James “Jamesy” John (Puck) and Van “Van” Manalaysay (Timbersaw) both ended up dropping their respective lanes.

Though Denz “Abat” Anedez’s Phantom Assassin managed to keep up with Motivate.Trust’s cores’ farm, it was still not enough. Cignal fell to a 15k gold deficit after a successful Roshan take by the Thais entering the 30-minute mark.

Motivate.Trust’s gold advantage ballooned to as much as 29k.

Former Fnatic offlaner Natthaphon “Masaros” Ouanphakdee’s Mars took charge in the win, setting up multiple plays for Motivate.Trust. He finished with 10 kills and 17 assists against just three deaths on his Mars.

On the other hand, Abat led Cignal with four kills, four deaths, and 13 assists. Jamesy had five kills, seven deaths, and four assists, while Van was held to just two kills, nine deaths, and an assist in the loss.

Motivate.Trust Gaming will next face Galaxy Racer in the third round of the lower bracket later in the day.