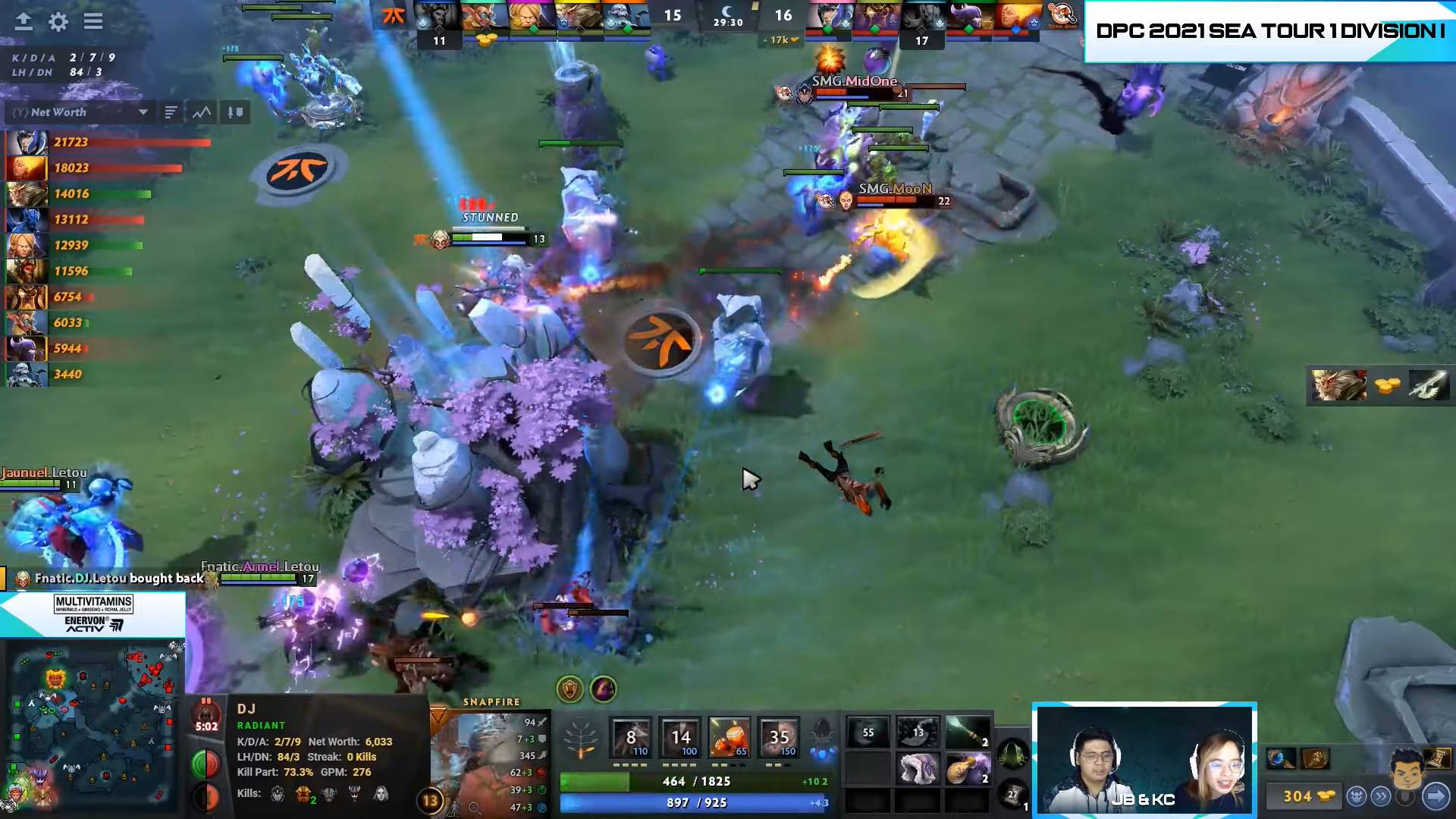 Armel “Armel” Tabios’ Fnatic debut did not go the way he wanted it to be after absorbing a 0-2 loss at the hands of Team SMG.

He finished with four kills, three deaths, and three assists on Lina in the 14-18 loss to Team SMG in the opener.

Fnatic called GG in the 28:13-minute mark after failing to contain Yeik “MidOne” Nai Zheng’s Luna. The Malaysian carry finished with eight kills and eight assists against one death.

Team SMG tied T1 and BOOM Esports at the second place with 1-0 records while Fnatic (0-1) is currently at the fifth spot tied with Execration and OB. Neon.

Meanwhile, TNC slipped to the eight spot after suffering its second-straight loss at the hands of the league-leading Motivate.Trust Gaming.