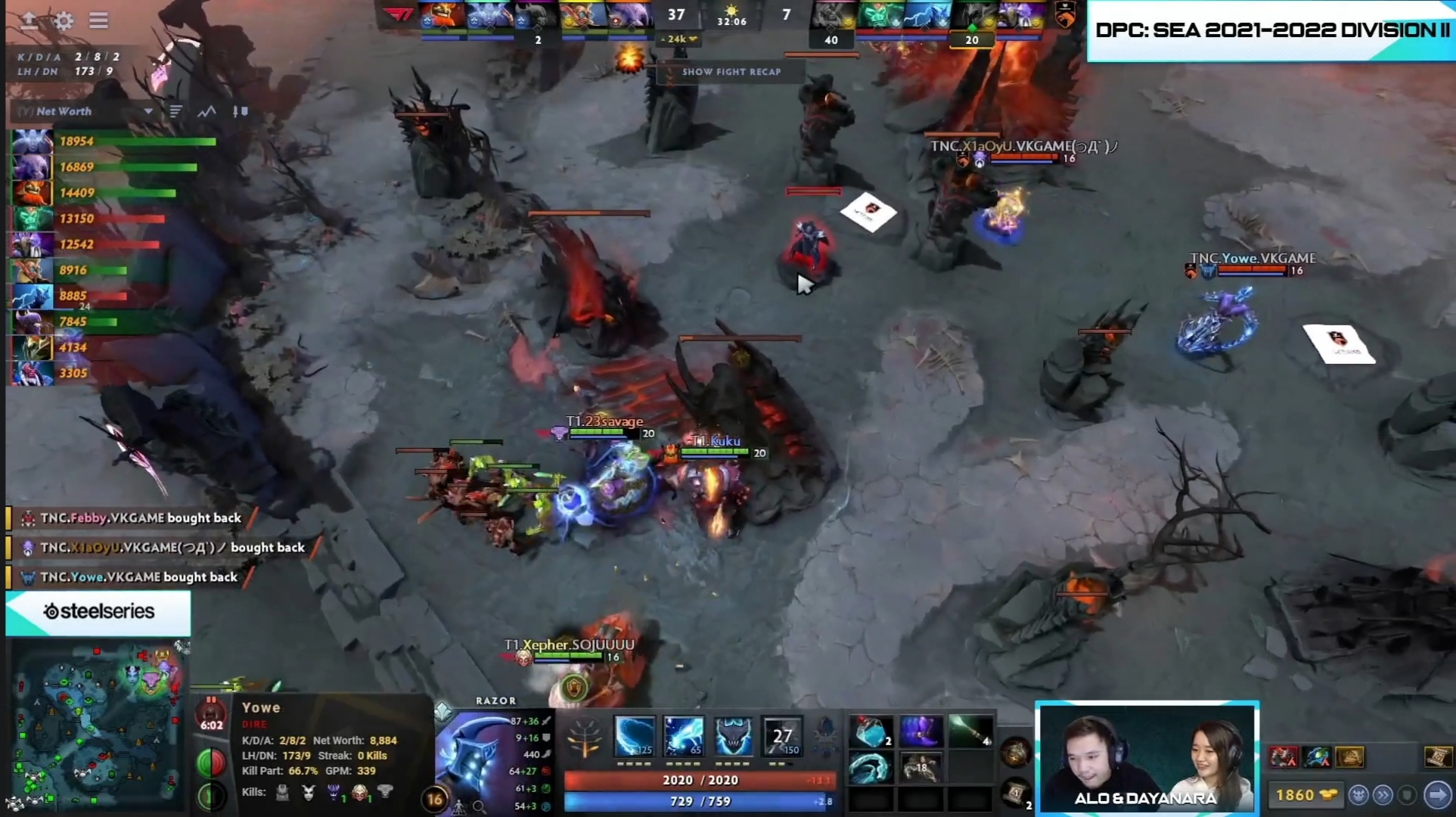 Karl “Karl” Jayme’s Queen of Pain led the assault in the lopsided Game One, putting up monster numbers of 15 kills and 11 assists without a single death in just 34 minutes and 27 seconds.

It was a dominant opener for the South Korean squad, who put up a huge 41-7 advantage in the kills department.

While TNC showed more fight in Game Two, it was still not enough as Nuegnara “23eavage” Teeramahanon ran over the Filipino squad through an impressive Morphling performance.

The Thai carry delivered 14 kills for T1 laced with 11 assists and two deaths in the 37-17 Game Two win which ran for just 39 minutes and four seconds.

Another Filipino squad in Execration suffered the same fate as TNC, losing to Motivate.Trust Gaming via sweep.

The Thai squad showed great control of the early game in both matches which translated to easy victories in the series.

T1 and MTG tied for the early lead in the standings with identical 1-0 records.

On the other hand, TNC and Execration fell to the last spots with 0-1 slates.