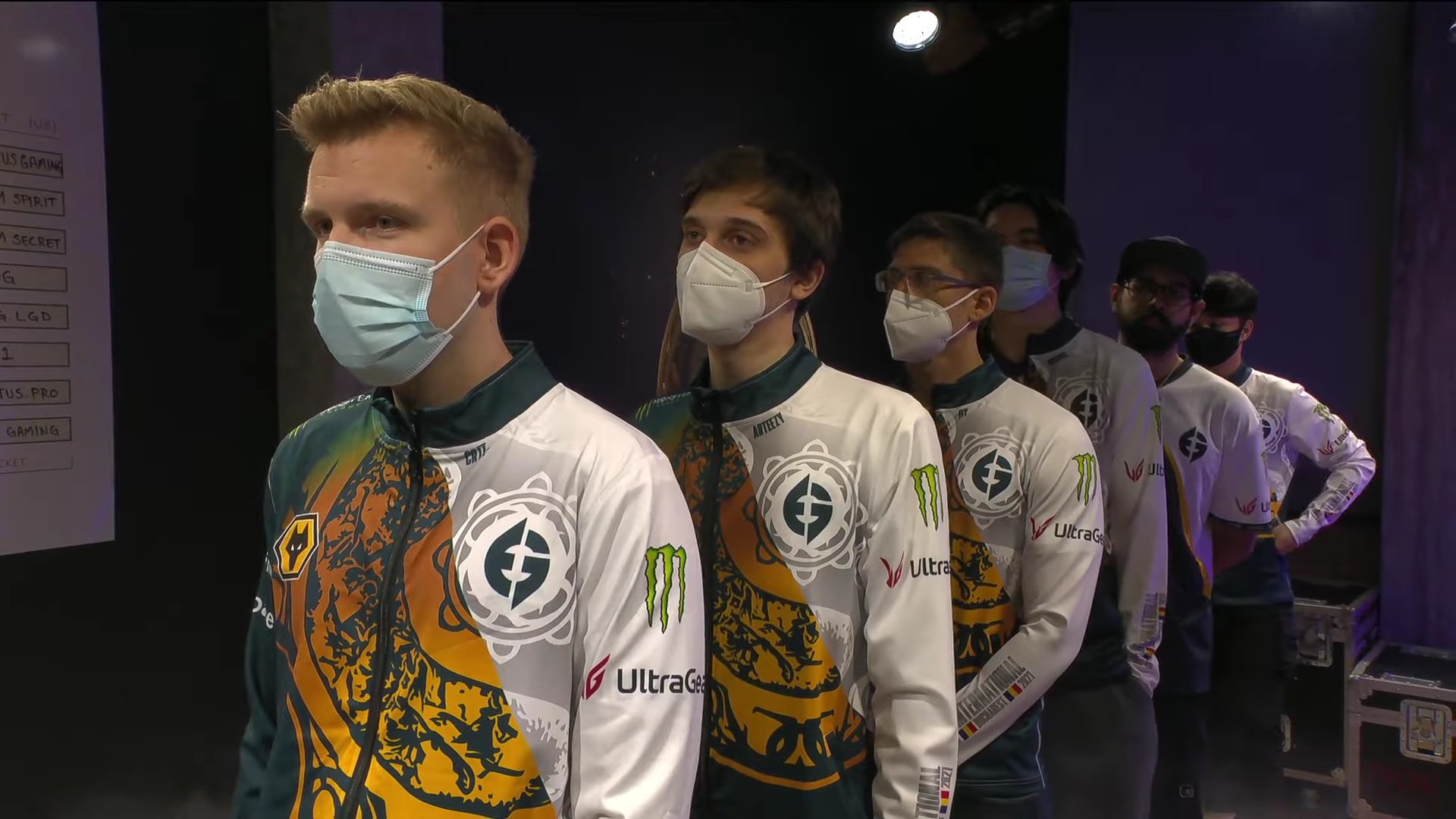 Abed “Abed” Yusop led Evil Geniuses’ stomp of Elephant to advance to the second round of The International 10 lower bracket, Wednesday.

A siege down the bottom lane which resulted in a four-man wipe for Evil Geniuses forced Elephant to call GG – ending the match in 39 minutes and 45 seconds. 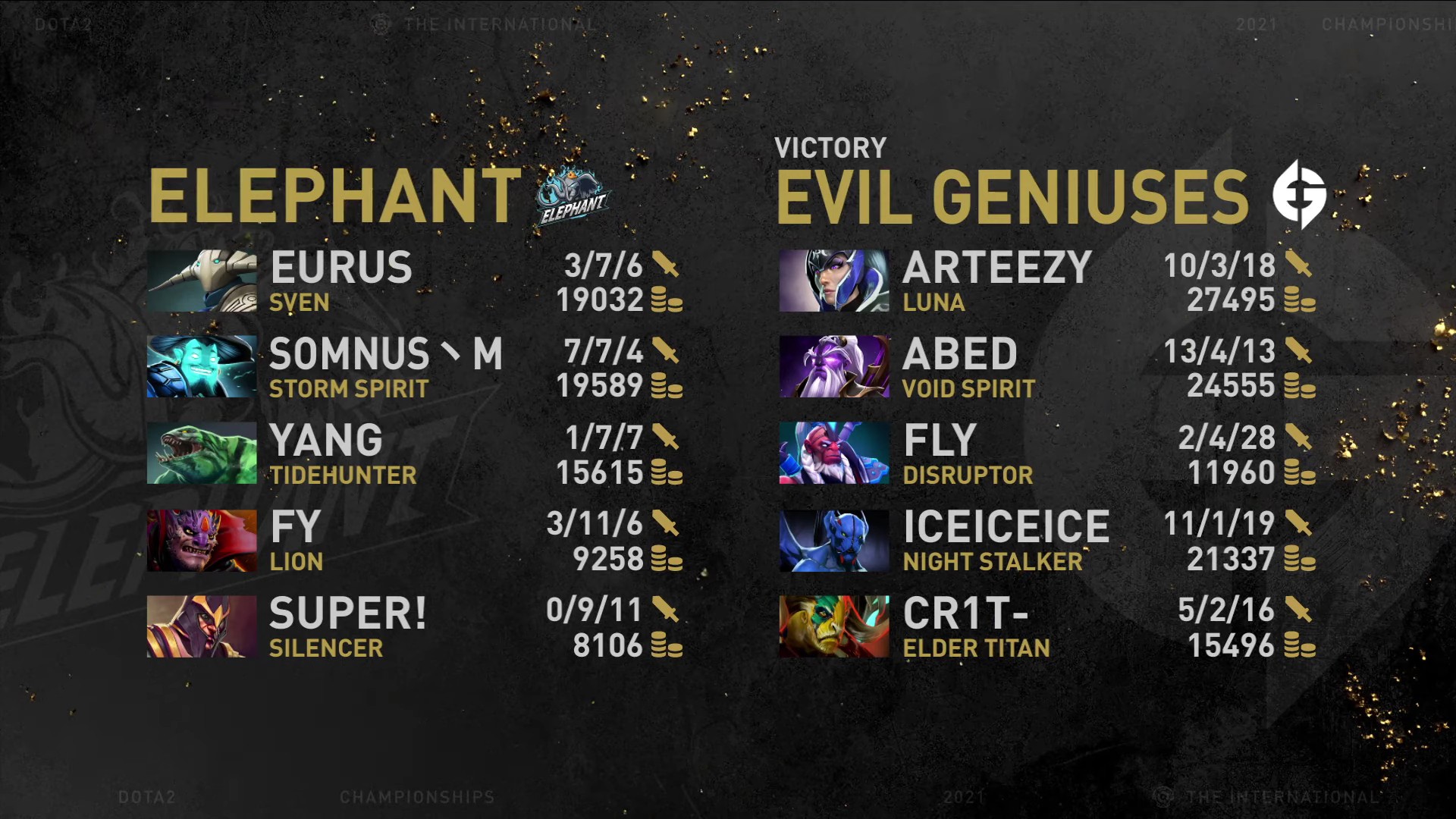 “I think the last couple of days is not so fun,” said Andreas “Cr1t-“ Nielsen, who ended up with five kills, two deaths, and 16 assists on Elder Titan. “That was the worst part about it was honestly a lot of mental preparation for us. That was the worst for us.

“There wasn’t really any kind of pressure during the game, we felt fine,” he added.

On the other hand, Somnus丶M only had seven kills, seven deaths, and four assists for Elephant while fy was held to just three kills, 11 deaths, and six assists.

Evil Geniuses will take on the loser between the Vici Gaming-Virtus.pro upper bracket match later in the day.