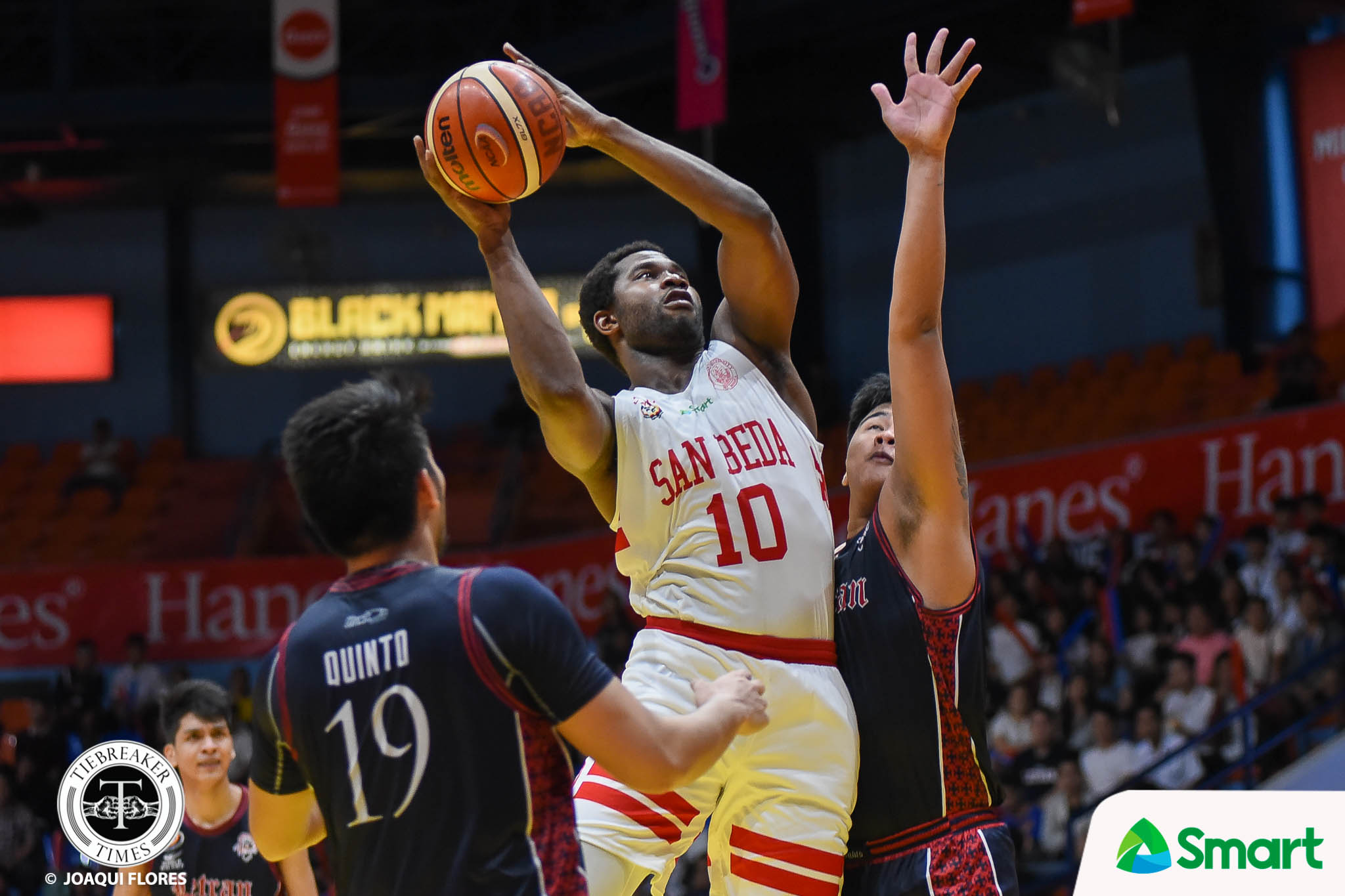 In what could be his final San Beda-Letran rivalry game, Donald Tankoua made sure that he and the Red Lions would come out on top.

The Red Lions forgot one thing, however, and let their guards down, which allowed the Knights to storm back with a 19-0 blast.

“If we lost this game, I should probably blame myself for that because I gave everybody a chance to play and the other guys who came in just simply didn’t want to really step up,” lamented head coach Boyet Fernandez. “They thought it was already a won game for us.”

With Robert Bolick fouling out with less than a minute left, San Beda needed someone they could lean on to stop the bleeding.

It was Tankoua who heeded the call, knocking down a clutch basket that eventually gave the Red Lions a 74-68 win.

Because of his herculean effort that saw him finish with 19 points and nine rebounds, the 6-foot-6 Cameroonian was hailed as the Chooks-to-Go/NCAA Press Corps Player of the Week.

Though his team got the victory, last season’s Finals MVP hopes that this serves as a wake up call for his teammates, that they can never sleep on anyone the rest of the way.

“What happened happened and I think that we should realize that we really have to work hard in every game,” the 23-year-old big man said.

Fight of the Century II? Floyd Mayweather says Manny Pacquiao rematch is on