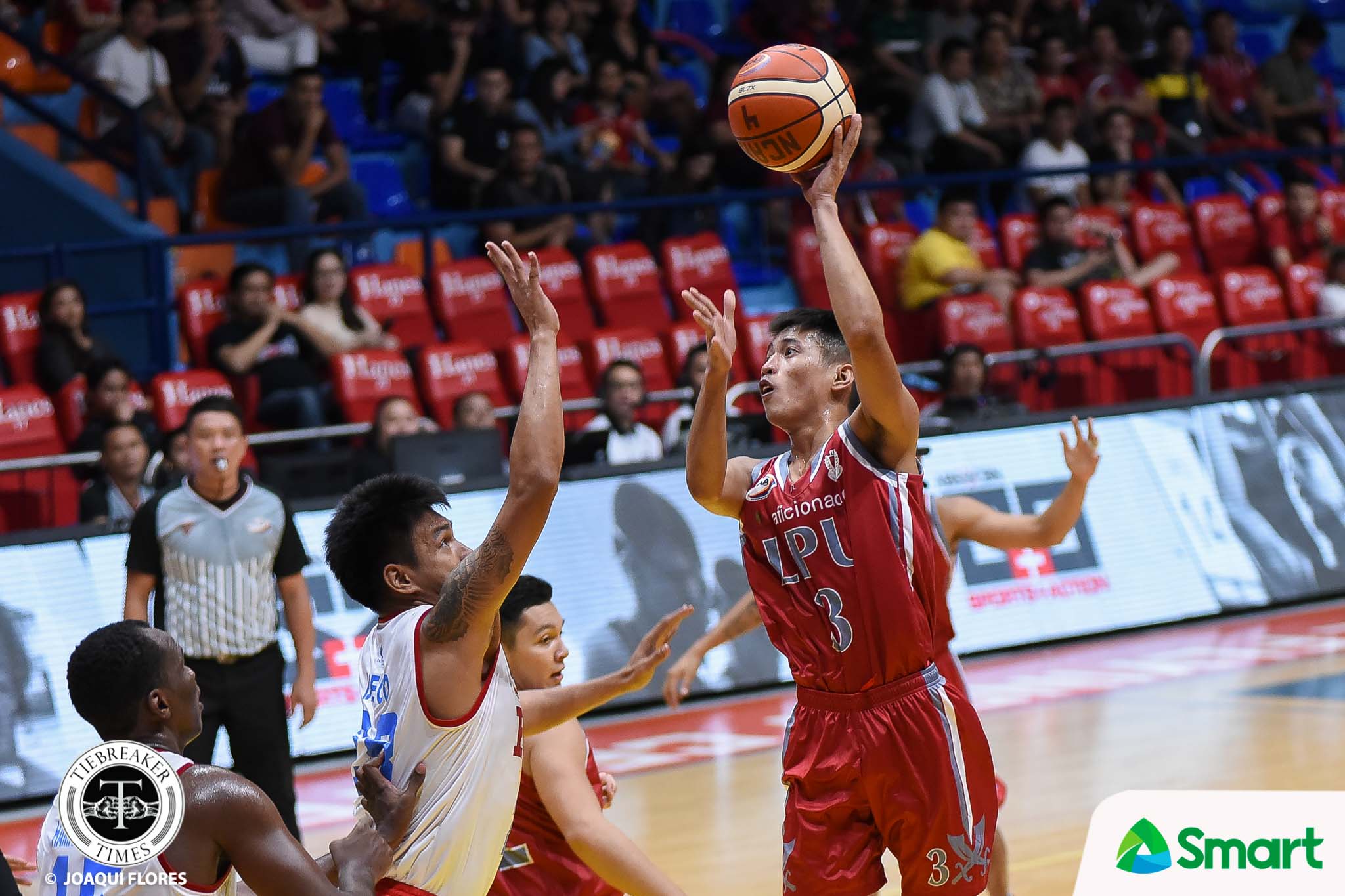 Unlike their opening round outing, the Lyceum of the Philippines University Pirates did not let their intensity drop, cruising past the Emilio Aguinaldo College Generals, 95-75, Thursday afternoon at the Filoil Flying V Centre.

This is Lyceum’s 12th straight win for the season, their 30th straight in the elimination round of the NCAA Seniors Basketball tournament. The Pirates last tasted defeat in the preliminaries back in September 23, 2016.

Moreover, it was a statement victory for the Pirates after almost figuring in a meltdown during their first round encounter with the Generals last July 13.

“I think it’s not really something we are surprised with. We know that in the first half, the energy of the opponents is still there. What’s important for us is how we sustain ours,” said Lyceum head coach Topex Robinson, as their first round encounter saw a huge third quarter surge by the Generals that turned the rout into a game. “It came to no surprise for us that it was close in the first half.”

Up by just a solitary point to end the first half, the Pirates locked in the second half, forcing the Generals to a whopping 19 turnovers that led to 20 points.

Even after a strong third frame, the Pirates were able to sustain it with Jaycee Marcelino steering the wheel and Mike Nzeusseu anchoring the post.

Marcelino was not supposed to play in the game but Robinson had to field him in.

Jerome Garcia waxed hot in the game with 30 points to go along with nine rebounds.

Juju Bautista and Hamadou Laminou both finished with double-doubles, with the former tallying 19 points and 13 boards while the latter had 10 points and 10 rebounds. However, the duo combined to commit 13 turnovers.

George Pascua expects FEU to get stronger after another heartbreak