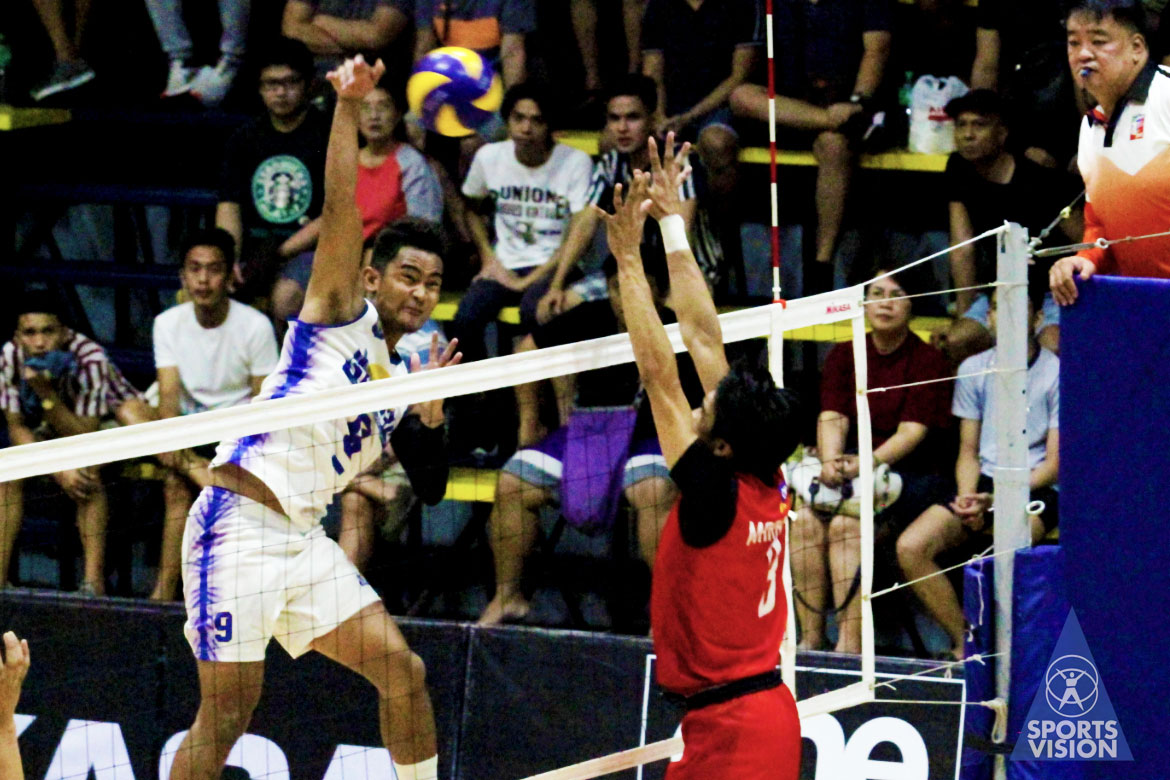 Leading the only team that has defeated the Cignal HD Spikers meant a lot for Sta. Elena-NU team captain James Natividad.

But defeating them again in the semifinals stage meant a lot more for the NU skipper.

On the brink of elimination, Sta. Elena was able to pull another trick up their sleeve as they stunned Cignal once again, this time in a five-set thriller to force a do-or-die Game Three.

NU-Sta. Elena entered the tournament with one objective in mind – to rack up as much experience they can to bolster their title defense in the upcoming UAAP Season 82 Men’s Volleyball Tournament.

As one of the only two school-based squads in the league, the Ball Hammers knew what exactly they’re going up against.

However, Sta. Elena never knew the heights that it would be reaching throughout the 12-team tournament.

Sta. Elena took down a star-studded Rebisco-Philippines squad in the elimination rounds. A week later, they weaved another monumental upset — defeating the league-leading Cignal HD Spikers to solidify their hold of the number four slot.

Now, they’re a win away from their first Final Berth in the post-Bryan Bagunas era. With the opportunity up for grabs, Natividad believes that the series is far from over as they’ve poked a sleeping beast that rests inside the powerhouse HD Spikers.

He also knows that they need to double their work in order to mount another upset on Cignal.

With their Finals hopes on the line, Natividad vows to be the best leader he could be.

‘Nowhere to go but up’ for Creamline, says Jia Morado