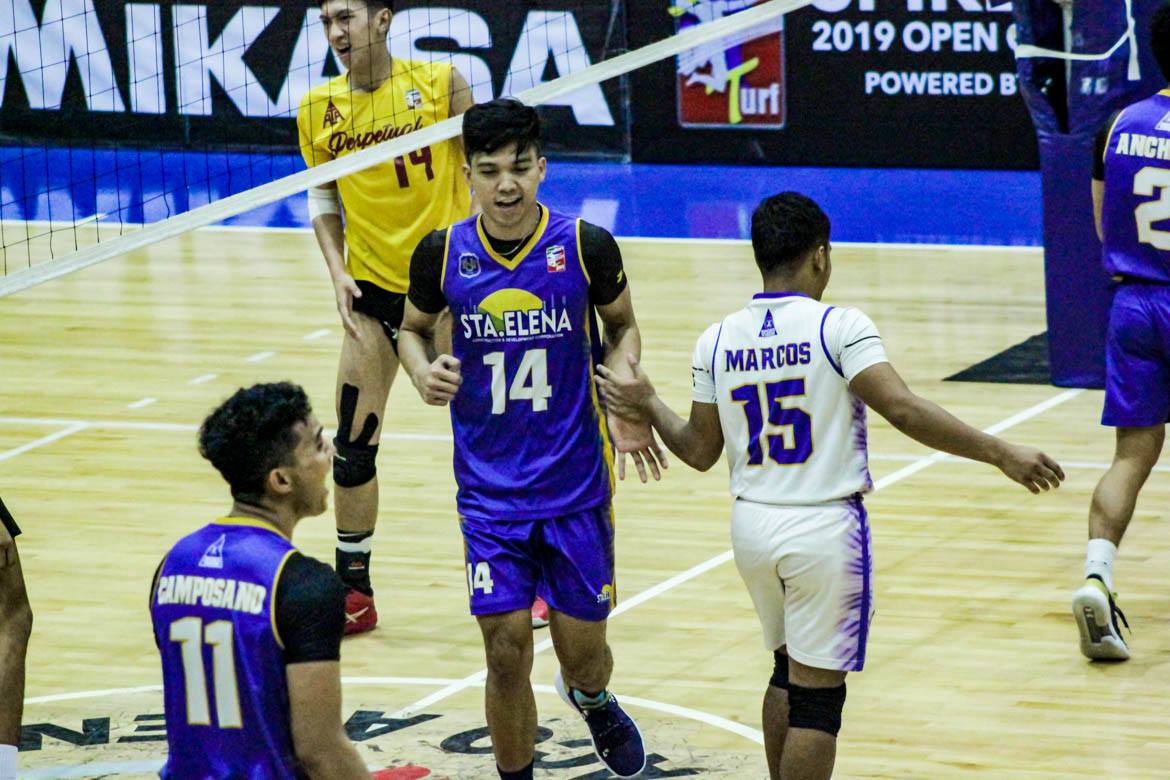 After breezing through the first two sets, the Ball Hammers never removed their foot off the brakes as Idin Daymil scored four points in Sta. Elena’s 10-4 blitz to open up the third frame.

Though managing to close the gap to just two points, the Altas committed consecutive attack errors which put them behind by seven points after an Edward Camposano hit.

Nico Almendras placed the Ball Hammers at match-point while a service error from John Rick Baggayan sealed the Altas’ fate.

The duo of Camposano and James Natividad chipped in 10 points apiece while Almendras followed with nine markers and 11 excellent receptions.

Perpetual, who bowed out of the tournament on a four-game losing streak, was led by Kennry Malinis with 11 points and Louie Ramirez with nine.

Reigning NCAA MVP Joebert Almodiel was limited to a point but tallied 15 excellent receptions in the loss.