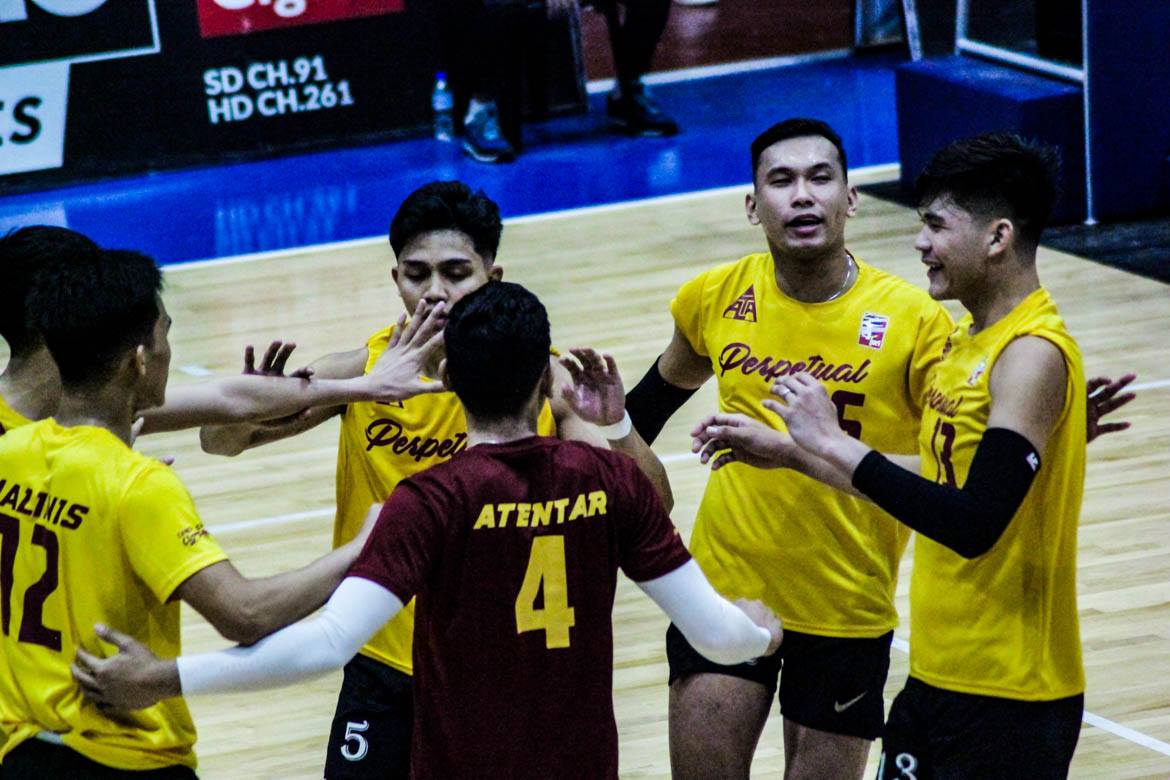 When the Perpetual Altas decided to join the 2019 Spikers’ Turf Open Conference, they only had one thing in mind – to give every team they face a run for their money.

And they did that all tournament long.

Perpetual swept the entire Pool C — including a four-set triumph against perennial contender PLDT in the eliminations —before squeaking past Philippine Navy in the quarterfinals.

After overachieving their goal in the initial part of the tournament, the tides swung hard when the Las Piñas-based spikers entered the Final Four.

Facing a battle-tested Cignal squad, the Altas came crashing to the ground as the HD Spikers schooled them in both of their semifinals match-ups.

With the loss, Perpetual was relegated to the bronze series against UAAP champion Sta. Elena-NU. And after losing to Cignal in the Final Four, the reigning NCAA titlist could not regain its footing, exiting the tournament on a four-game losing streak.

Despite the speed bump, reigning NCAA Most Valuable Player Joebert Almodiel believes that the loss will only make the Altas stronger in time for their three-peat bid in the oldest collegiate league.

The Altas also still have plenty of positive takeaways exiting the tournament. This includes the emergence of rookies Hero Austria and Kennry Malinis, who proved themselves as consistent forces on both offense and defense.

Now, their Spikers’ Turf experience has finally come to an end. Still, expect the reigning NCAA champs to go all-out in defending their crown come Season 95.