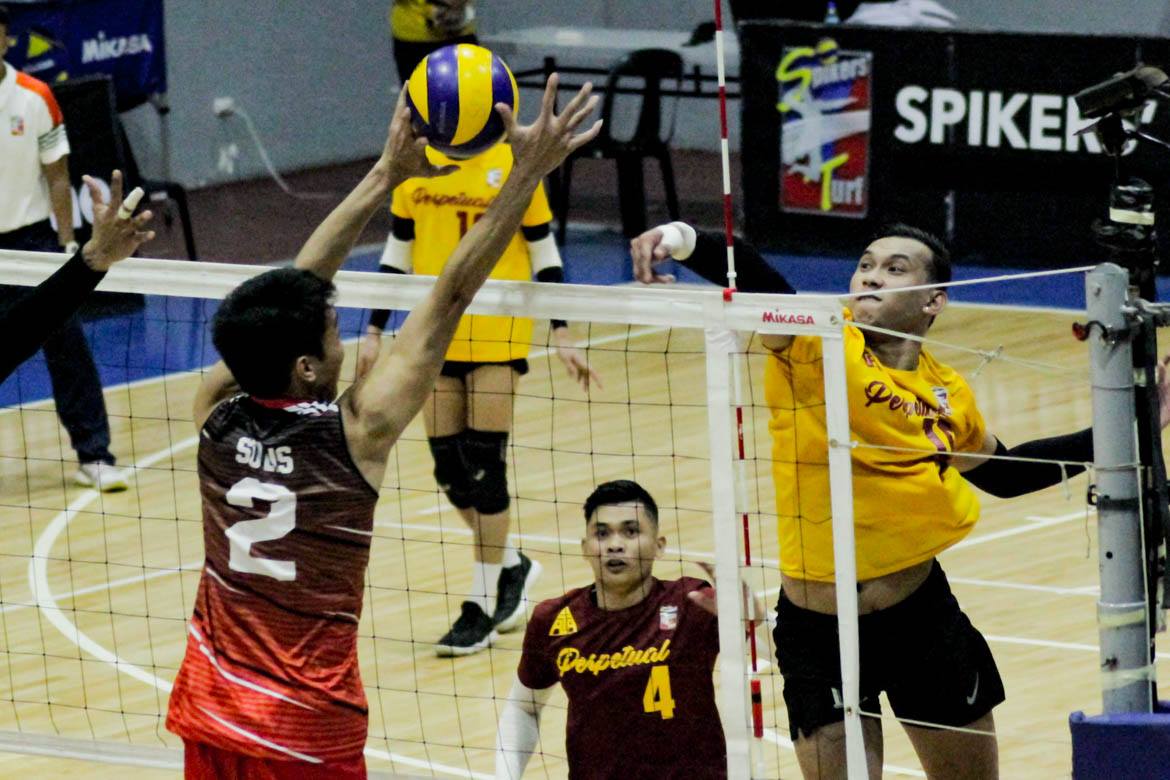 With the victory, Perpetual have clinched the top seed in their group. They now wait for the rest of tournament to unfold.

Despite dropping the first frame against the more experienced Power Hitters, the Altas shrugged it off. They immediately returned to their old, deadly ways to fend off PLDT.

Richard Solis led PLDT with 16 points founded on 12 attacks, three blocks, and an ace while Pao Pablico had 15 markers. John Vic De Guzman, who has the flu, only registered a point in two sets of play.

Also picking up victories were the Cignal HD Spikers and the PGJC-Phillipine Navy Sea Lions.

Alfred Valbuena towed the HD Spikers at the top of Group A with a straight-set victory over the Emilio Aguinaldo College Generals, 25-22, 25-21, 25-18, in the nightcap.

As a testament to Cignal’s wide array of offensive weapons, a total of 10 of the 13 players fielded in the game registered a point for the HD Spikers.

Edmar Bonono chipped in 10 points, while AJ Pareja bounced back from a rough debut and tallied four blocks for nine markers.

On the other hand, Joshua Mina scored 12 points for the Generals, who lost their third game in four outings.

Earlier in the day, the Sea Lions notched their second consecutive victory with a three-set rout of the University of Sto. Tomas Tiger Spikers, 25-20, 25-21, 25-18.

Lorenz Señoron was the only double-digit scorer for the Tiger Spikers with 10 points. Genesis Redido added eight markers for UST, who dropped to 2-2.