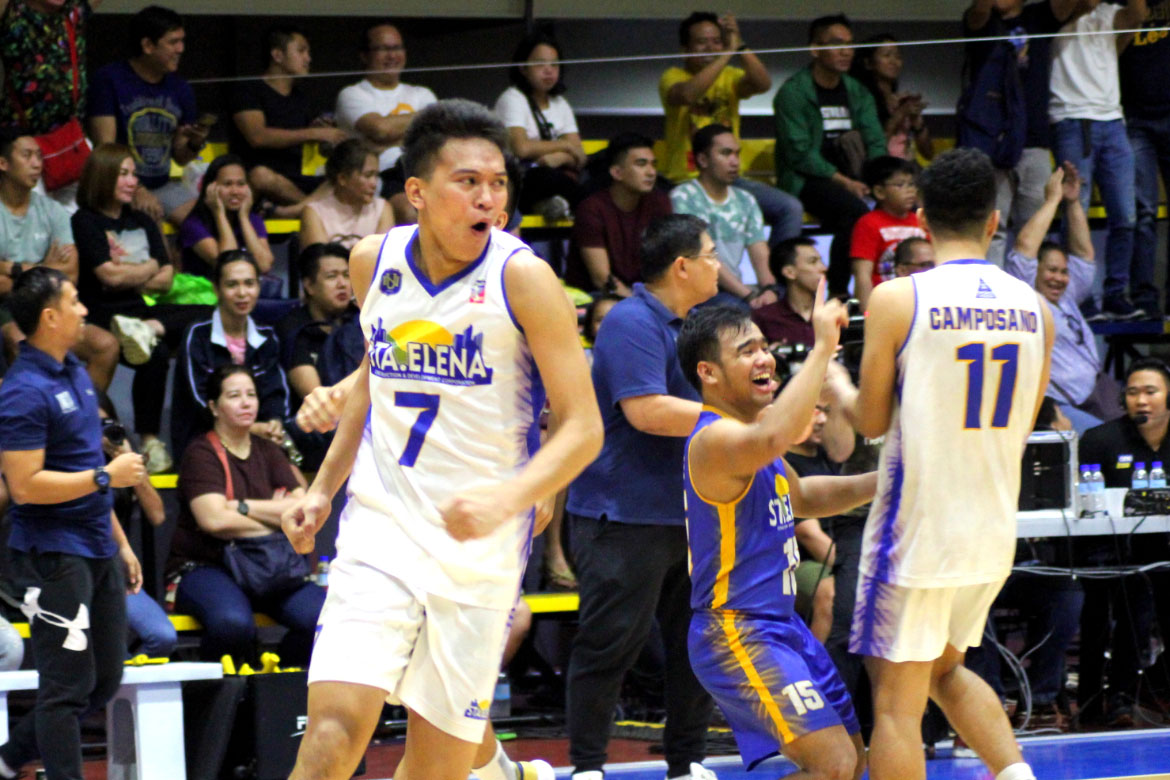 With their Finals hopes hanging by a thread, the gutsy Sta. Elena Ball Hammers pulled another trick up their sleeves, stunning the Cignal HD Spikers in a five-set nail-biter, 19-25, 25-22, 21-25, 25-17, 16-14, in Game Two of the 2019 Spikers’ Turf Reinforced Conference semifinals at the Paco Arena, Sunday.

Down by three points in the deciding set, 5-8, Daymil took the cudgels and uncorked a 4-0 rally on his own to take a one-point advantage, 9-8. The two teams went at it each other and exchanged points which led to a 12-all deadlock.

Almendras’ attack went out in the ensuing play which gave the lead to the HD Spikers. However, the reigning UAAP Rookie of the Year atoned for his mistake and tied the game at 13-all after an attack from the left-wing.

Marck Espejo then was called for a net infraction which he followed up with a kill to send the match into a deuce, 14-all. Natividad went for the throat as he converted an emphatic attack to put the Ball Hammers at match point. Edmar Bonono’s attack went short which sealed the match for Sta. Elena.

James Natividad and Edward Camposano chipped in 12 and 11 points, respectively, while Joshua Retamar glued things up for the Ball Hammers with 24 excellent sets.

Down 2-1, the young Ball Hammers had to dig deep and put up a gallant stand in order to slay the league-leading HD Spikers.

Sta. Elena went on a tear in the fourth set, opening with a 4-0 blast powered by a stellar net defense from Camposano and Krishvan Ponti.

The squad, who has a core composed of the NU Bulldogs, sustained their hot streak and entered the second technical timeout with a seven-point advantage, 16-9.

From there, Almendras made sure to extend the game to a deciding set as he fired four points on Sta. Elena’s 5-1 run to put up a 22-14 cushion. Daymil scored two of the Ball Hammers’ last three points.

Garcia’s 30-point outing went down the drain as Cignal suffered their second defeat in the tournament, again at the hands of Sta. Elena. Team Captain Ysay Marasigan added 22 points while Espejo had 10 points and 17 excellent receptions.

Sta. Elena and Cignal will battle for the championship berth on Tuesday, July 16 at 4:00 pm at the same venue.