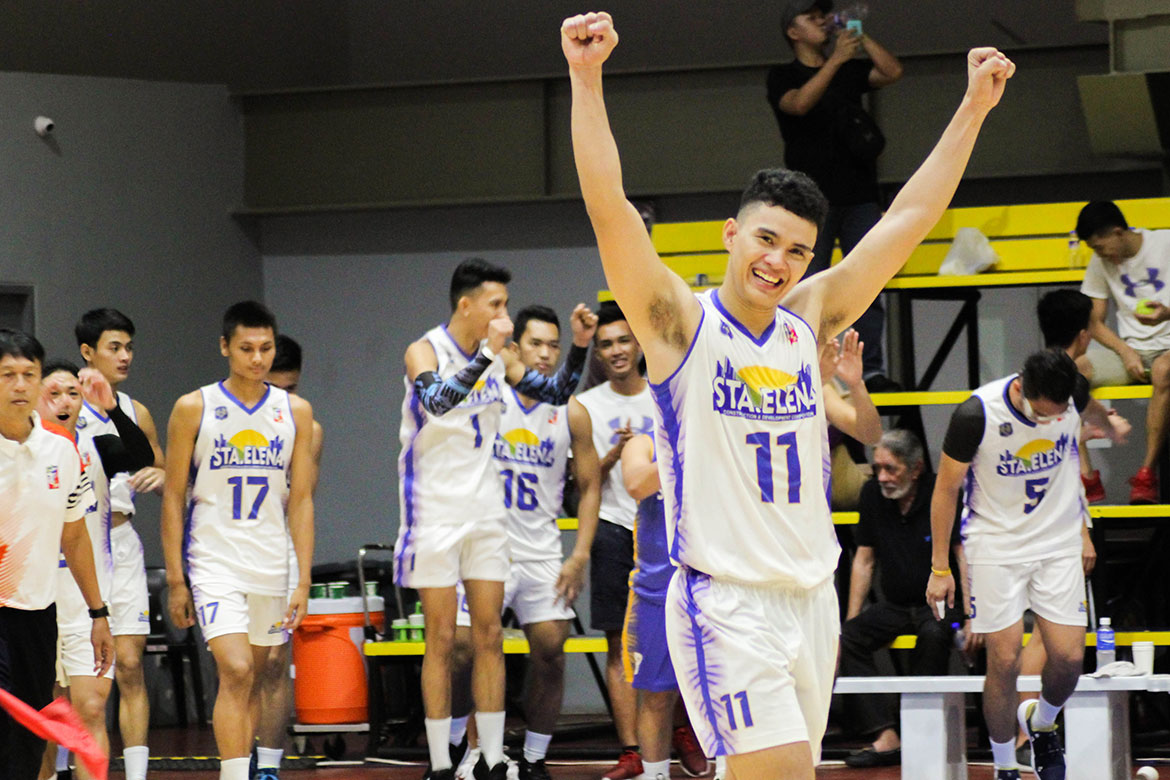 Nico Almendras and Edward Camposano stood their ground against the country’s best as the duo steered the Sta. Elena Ball Hammers to an upset victory over the Rebisco-Philippines, 25-23, 27-25, 21-25, 25-18 in the 2019 Spikers’ Turf Reinforced Conference at the Paco Arena, Thursday.

Almendras dropped 18 markers built on 14 attacks, three blocks, and an ace while Camposano added 14 for Sta. Elena who currently sits at the fifth spot with a 5-3 win-loss slate.

With Sta. Elena taking the first two sets, Bryan Bagunas fought back and scored from the back to give the Nationals a two-point advantage, 21-19, in the third set. Several errors from Sta. Elena’s side and a drop from Ranran Abdilla sent the game to a fourth set.

Tied at seven in the fourth set, Sta. Elena unleashed a 9-2 run behind Almendras and Camposano to take a commanding 16-9 lead.

Bagunas – who played for Air Force in the first game – scored 18 markers while team captain John Vic De Guzman added 12 for Rebisco who slid to the third game with a 6-2 standing.

Earlier in the day, the Go for Gold-Philippine Air Force Jet Spikers notched their fourth consecutive victory after disposing of the IEM Phoenix Volley Masters in four sets, 25-21, 25-16, 23-25, 25-19, in the opening game of the day.

Bagunas delivered 12 points which included 11 attacks in his second game back for Air Force while Madz Gampong and Ranran Abdilla chipped in nine markers each for the Jet Spikers, who remained at the third spot with a 6-1 card.

The Volley Masters just could not catch a break in the fourth set and trailed by as much as eight points. Madz Gampong converted an attack which proved to be the nail in the coffin.

Razzel Palisoc scored 14 points for IEM while Mark Enciso added 12 for IEM, who dropped its seventh game in eight outings.

In the second game, JP Bugaoan stepped up as the Cignal HD Spikers swept the cellar-dwelling Easytrip-Raimol in straight sets, 25-17, 25-12, 25-17, to extend their winning streak to seven games.

Meanwhile, Dave Pletado scored seven markers for Easytrip who absorbed their eight loss in as many games.