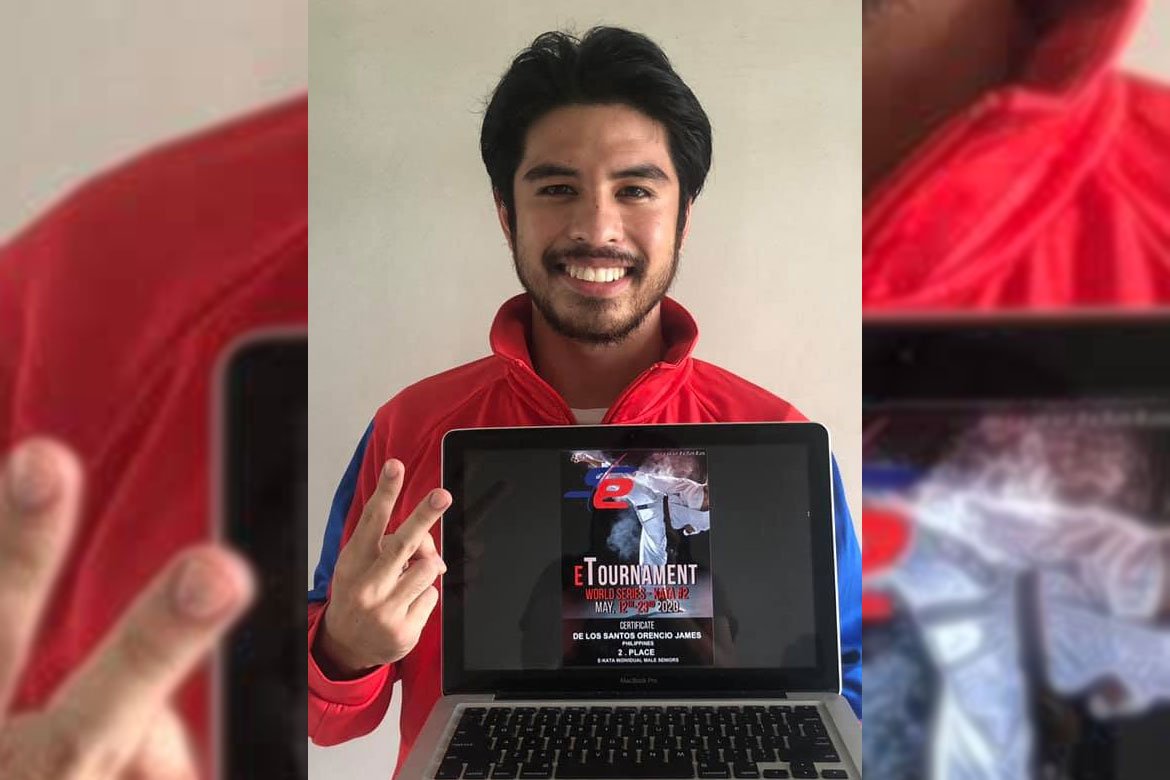 Eduardo Garcia of Portugal edged out the Filipino with 24.5 points on Suparinpei kata, just 0.3 ahead of the latter’s 24.2 with the newly installed Olympic form, Sansai.

The tournament is consists of a regular draw where two karateka battle with each other. Instead of live performances, though, they record it and submit it to a panel of judges, who will assess their kata.

Delos Santos reached the final after taking down Finland’s Virtanen Saku in the semifinals with a 24.5 on Unsu over the Finn’s Ohan with 24.2.

The Filipino karateka earlier defeated Hiratsugo Fernando of Ireland, Cieslik Szymon of Poland, and Nguyen Thanh-Tung of Hungary in that order.

Delos Santos also attained the sixth spot in both series’ and actual world rankings for virtual kata as developed by the Sportdata, the organizer of the tournament.