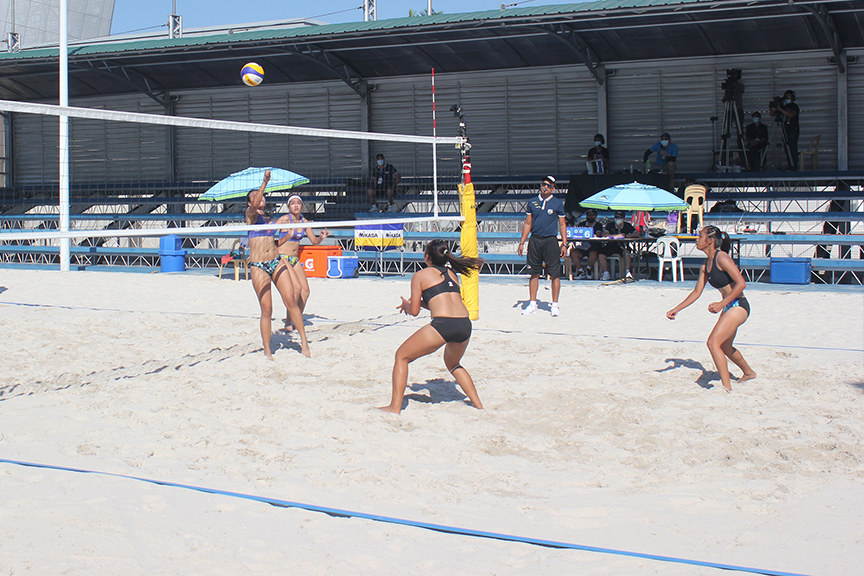 In just two days, a new rivalry has been born in the sand courts of Subic. And it comes to a collision course on the final day.

Abanse Negrense and Sta. Lucia will square off in the semifinals of the 2021 Gatorade-PSL Beach Volleyball Challenge Cup after disposing of their respective foes, Saturday.

Gallego and Senares were up 9-7 to start the third set but Estoquia fired right back with a 4-2 blast to gain a much-needed cushion that eventually secured the game.

Demontano and Estoquia, who were the odds-on favorites entering the tournament, will take on Gelimae Villanueva and Jennifer Cosas of Abanse Negrense B, who defeated Kennedy Solar Energy- Petrogazz’s Ariane Alarcon and Christina Canares, 21-6, 21-3.

Both semis match-ups are rematches of elimination round matches with Abanse Negrense coming out on top on both occasions. Cosas and Villanueva defeated Demontano and Estoquia, 6-21, 21-14, 15-11, while Polidario and Magdato pounced on Pineda and Sabete, 21-14, 21-12.

On the other hand, Polidario is hoping for an all-Negrense championship clash.