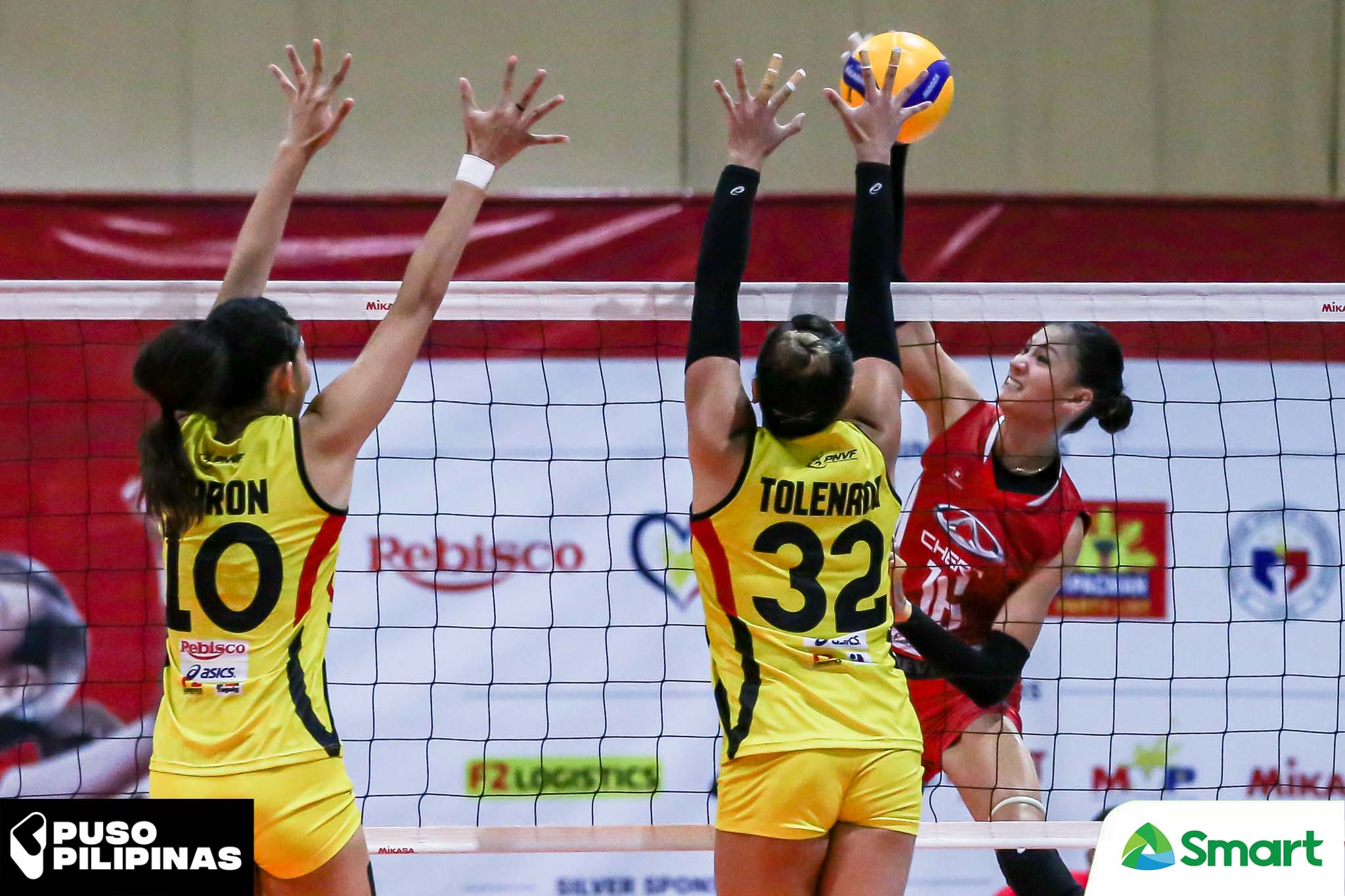 Chery Tiggo will have a tough title defense of the Premier Volleyball League Open Conference, which begins on March 26 at Paco Arena in Manila.

The Crossovers will compose Group A along with Choco Mucho, Army, Cignal, and inaugural PNVF Champions League champion F2 Logistics.

Groupings were drawn in a serpent-type format based on the final ranking of the previous Open Conference in Ilocos Norte last August. Meanwhile, the Cargo Movers were slotted through a lottery.

Chery Tiggo previously foiled Creamline to crown itself the country’s first pro volley champion in a bubble set up last year. IT sets out for its title defense on a team built around sisters Jaja Santiago and Dindin Santiago-Manabat. Meanwhile, former UST stalwart EJ Laure boosts the squad’s frontline threat.

Creamline has also kept its star-studded roster intact with Alyssa Valdez, Jia Morado, and Jema Galanza eager to reclaim their crown. Then the likes of Petro Gazz, Choco Mucho, Philippine Army, PLDT Home Fibr, BaliPure, and Cignal HD all shored up their respective rosters for a crack at the crown.

But the focus will be on F2 Logistics, now ready to bring its winning tradition to the country’s first-ever pro league. They earlier withdrew at the last minute due to injuries and a disrupted training period caused by the pandemic.

From the original three-month schedule to mark the league’s second pro season, the upcoming tournament will now be a four-week skirmish. All nine teams will come into the event all geared up for a grueling battle of power, cohesion, and style.

With the compact schedule, the format of the tournament will have a pool play setup – a first for the league. They make way for the training of the national team gearing up for various international competitions, including the SEA Games in Vietnam in May.

“We have to shorten the tournament and we made it to two pools to accommodate the national team which will train in Brazil as part of its buildup for the SEA Games,” said PVL president Ricky Palou, also the man at the helm of the organizing Sports Vision, during an interview with Noli Eala on Power & Play.

“But this will be very interesting as most teams strengthened their respective rosters during the off-season,” he added.

“Looking at the player movement, it will be a very competitive, exciting conference.”