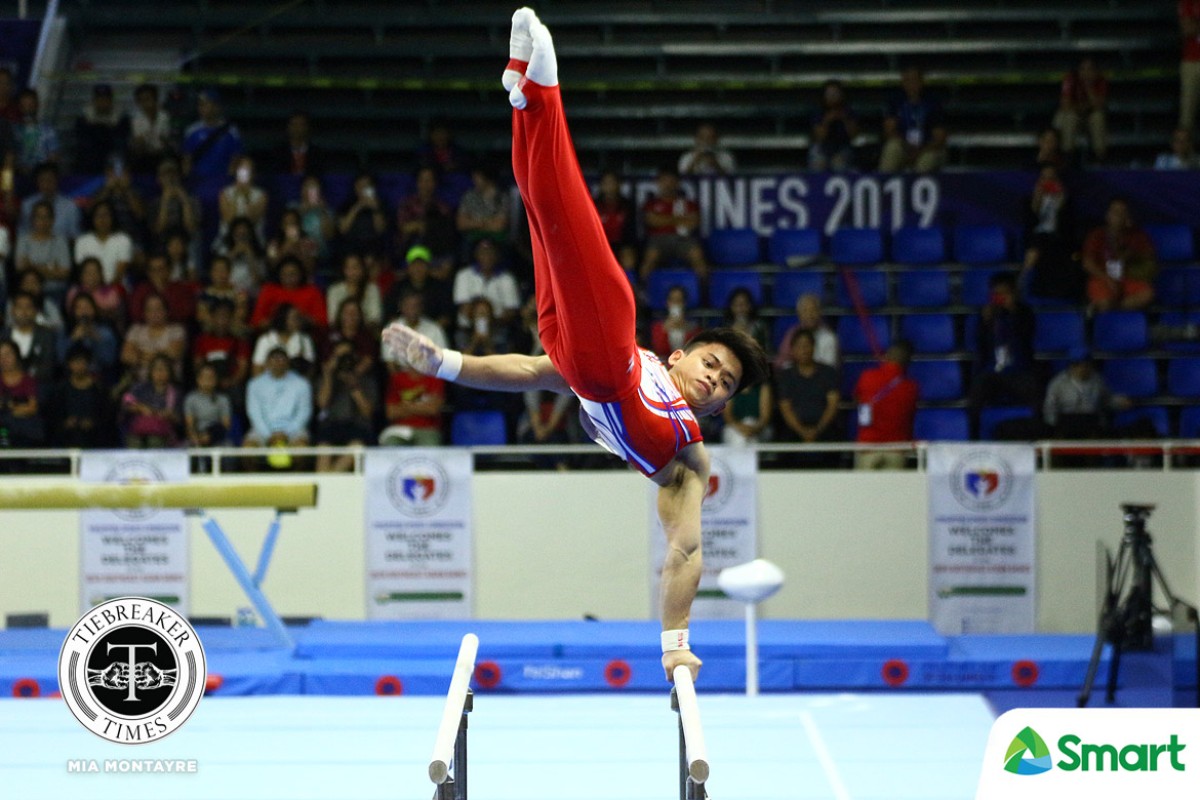 Minutes after he clinched the Worlds title on vault, Caloy Yulo went straight into the warm-up area to prepare for the parallel bars final due a few hours later.

That determination was rewarded as the 21-year-old came up with another impressive routine to finish with silver for the parallel bars final of the 2021 World Artistic Gymnastics Championships held at the Kitakyushu General Gymnasium in Kitakyushu City, Japan on Sunday.

The 30th Southeast Asian Games silver medalist on the parallel bars ended with 15.300, a little off his 15.566 in the qualification.

Nonetheless, the present result was leaps and bounds from his SEAG score of 14.600.

The jump can be attributed to his highly improved skills on the said apparatus, as he started his routine off with an ambitious handstand on one rail right off his mount. That maneuver and the rest of the elements saw his difficulty score go up to 6.400.

A nervy start, however, saw his execution score also dwindle from the huge 9.166 in the preliminaries. With visible balance problems in the switch to the opposite rail with the same two-handed handstand, his E score went down to 8.900.

Yulo then had to recover and finished strong, capped off with a huge double front half-out dismount.

Two Chinese gymnasts flanked the Ermita-born star in the podium.

Hu Xinwei took the gold with 15.466, banking on a huge 6.600 D score — the highest of all competitors. Meanwhile, Shi Cong, who almost missed the final from the “two gymnast per country” limit, came on as a substitute for all-around champion Zhang Boheng who withdrew due to injuries, and eventually pocketed the bronze with 15.066.

Yulo, with the silver medal on the parallel bars following that gold on vault, became the first Filipino gymnast to earn two medals in the single edition of the Worlds. 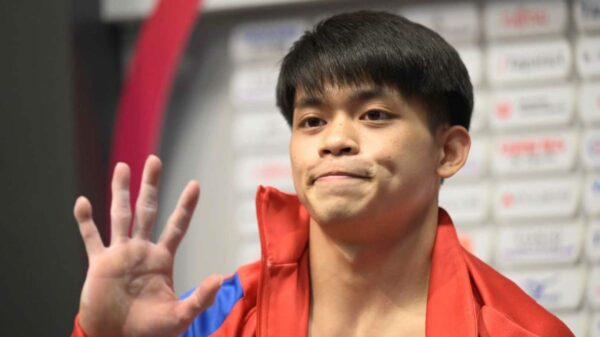 Caloy Yulo suffered a huge mistake that saw him finish in fifth place and dethroned in the final of the floor exercise of the... 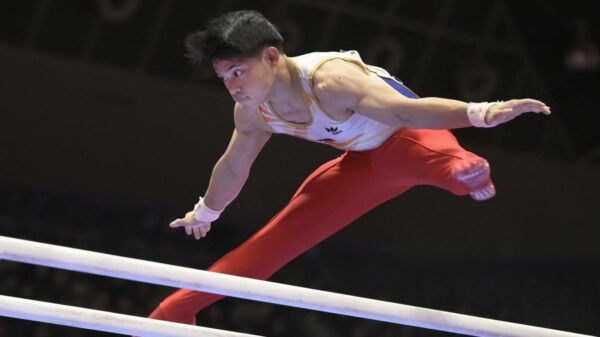 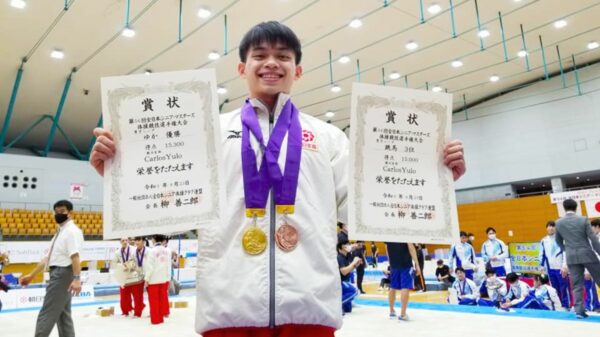