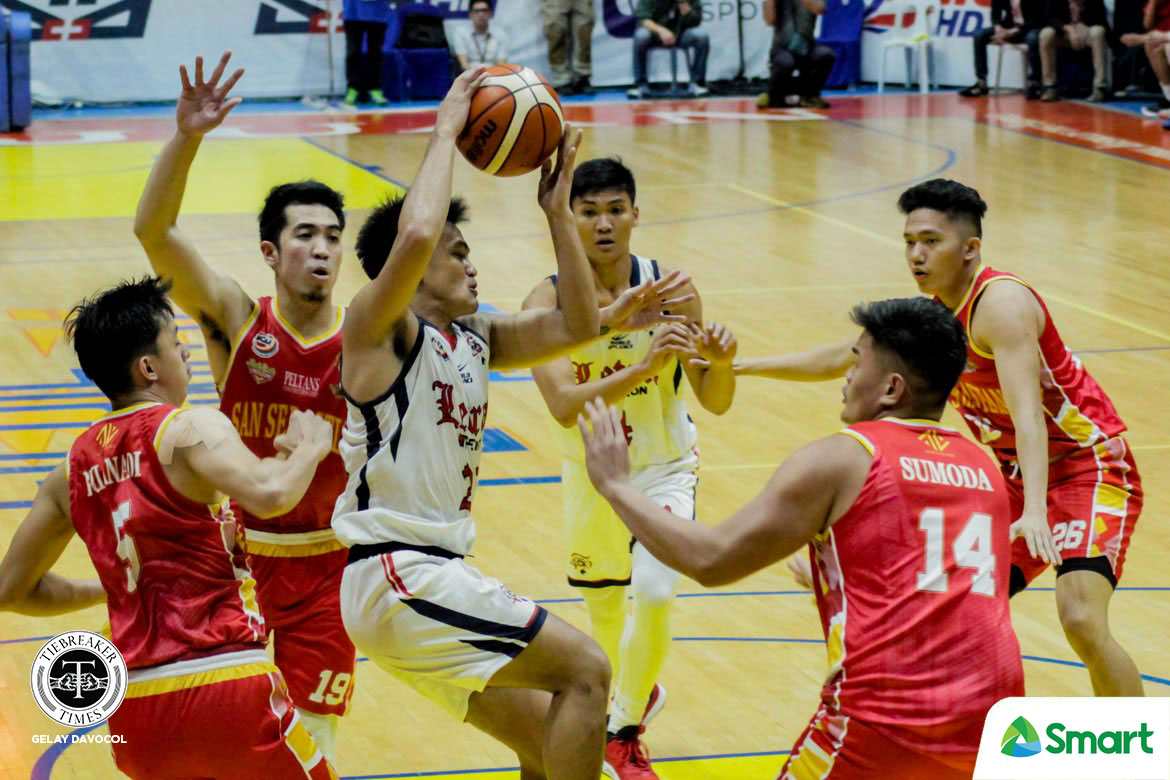 Coming from a heartbreaking loss against Mapua last Friday, the Letran Knights made sure to avoid the same mistake against the San Sebastian Golden Stags, taking a 99-82 win in the NCAA Season 95 Seniors Basketball Tournament at the Filoil Flying V Centre, Friday.

With the victory, the Knights improved to an 8-4 win-loss slate to grab the third spot. On the other hand, the Stags drop down to fourth with a 7-4 card in the process.

The Knights did just that, clamping down on San Sebastian and limiting them to 17 points in the final frame.

Ahead by five points against the Stags, Jerrick Balanza put matters into his own hands. He spearheaded a 14-2 rally to give the Knights a 17-point advantage with 6:26 remaining in the game.

Letran would lead by as many as 22 points in the final frame, 97-65, after Christian Balagasay drained a pair from the line with 1:44 to spare.

Fran Yu scored 12 markers to go along with six assists and two steals, while Balanza also finished with 12. Jeo Ambohot contributed 11 points and seven rebounds in the victory.

Allyn Bulanadi paced the Stags with 20 points, four rebounds, and four assists. Alvin Capobres added 16 points in a losing cause.

RK Ilagan was held to just eight points on a disappointing 2-of-10 shooting from the field.

Letran will look to sustain their momentum against St. Benilde Blazers on Friday, September 4. Meanwhile, San Sebastian will try and bounce back against the San Beda Red Lions on the same day.