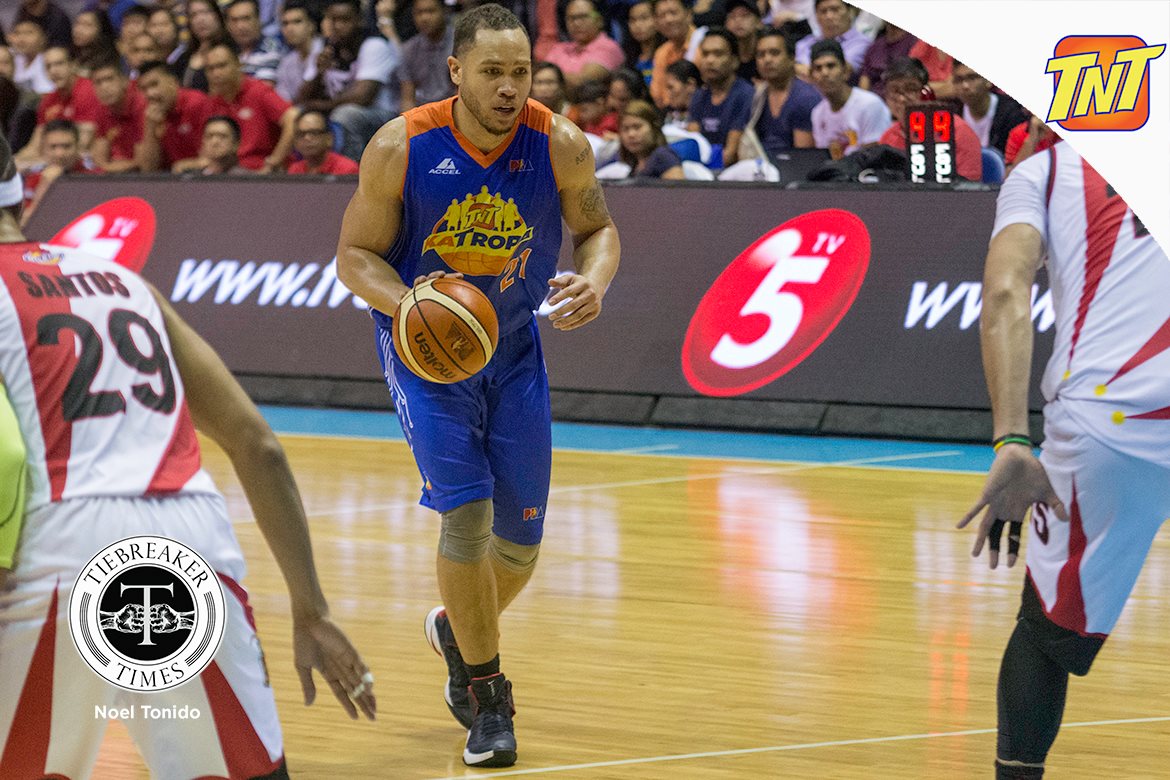 TNT management is now waiting for Kelly Williams to explain his sudden decision to retire from the PBA after 14 seasons, which has left the flagship MVP group franchise just as shocked as everyone.

“We are currently waiting for his Notice to Explain,” KaTropa team manager Gabby Cui wrote in a text message to Tiebreaker Times, Thursday morning.

Williams, 38, surprised many last Monday when he announced through his social media accounts that he’s hanging up sneakers for good, ending a career that saw him win MVP honors in 2008 as well as six titles.

But as tributes poured in for the Oakland University product, he has left TNT seeking answers — the team he helped win five championships, including the Philippine Cup three-peat from 2011-13.

Williams has spent the last 10 years of his career with the Texters, who got him midway through the 2010 Fiesta Conference following a multi-player trade with the now-defunct Sta. Lucia Realtors.

“We only learned about his decision to retire via social media only,” Cui said.

The 6-foot-6 forward, along with young cagers Almond Vosotros and Samboy De Leon, received a contract extension until the end of the year — whether or not the PBA season pushes through.

Williams was with the KaTropa for their training camp at the INSPIRE Sports Academy in Calamba, Laguna, as PBA ball clubs have already returned to practices following the government’s approval.

However, the Detroit-native left the bubble last September 2 without any explanation, according to Cui. Williams then announced his retirement across his social media pages days later.

READ  'Amin 'To': Paul Desiderio's sacrifice was worth it

“Kelly Williams left our training camp on Sep 2 without any notice or explanation until now. He has not reached out to us ever since,” said the affable executive.

“He is AWOL (absence without official leave).”

Laus’ Doujin continues to roll in The Nationals Tekken 7