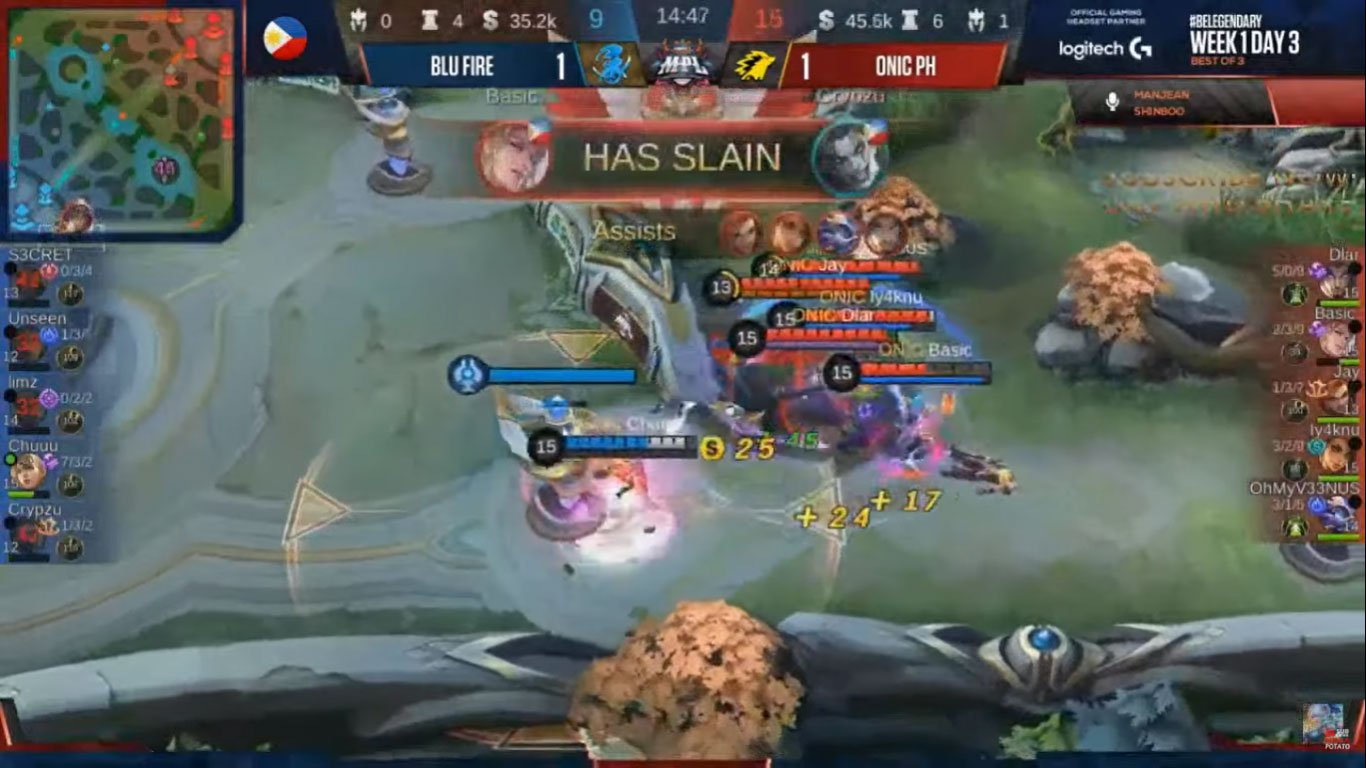 Basic struggled in his debut as ONIC PH staged a come-from-behind victory over the BNK Blufire, 2-1, to chalk up their first victory in the Mobile Legends: Bang Bang Professional League-Philippines, Sunday evening.

BNK started out strong in the series opener, limiting the season five runners-up to just almost 31,000 in team net worth and two kills in the entire 13:40-minute game.

ONIC PH, who lost to BREN Esports in its first game of the season, rose back from the dead to take the last two games and seal the win.

In the series-clinching Game Three, Dlar (Yu Zhong) was able to chase off limz (Chou) and pick him off at the bottom lane. He followed it up with a kill on Unseen (Valir) for a double kill while OhMyV33NUS picked off S3cret (Khaleed).

Basic took down Crypzu (Khufra) while Jay completed the five-man wipe, eliminating Chuu (Freya) to hand ONIC its first win of the season.

Dlar finished the match with a clean 5-0-10 KDA while OhMyV33NUS had three kills, a death, and seven assists. Basic punched in three kills, three deaths, and 10 assists.

In other games, Aura PH escaped BSB, 2-1, to go to 2-0 while Omega PH Esports eked out a 2-1 victory over Blacklist International in their first match of the season.