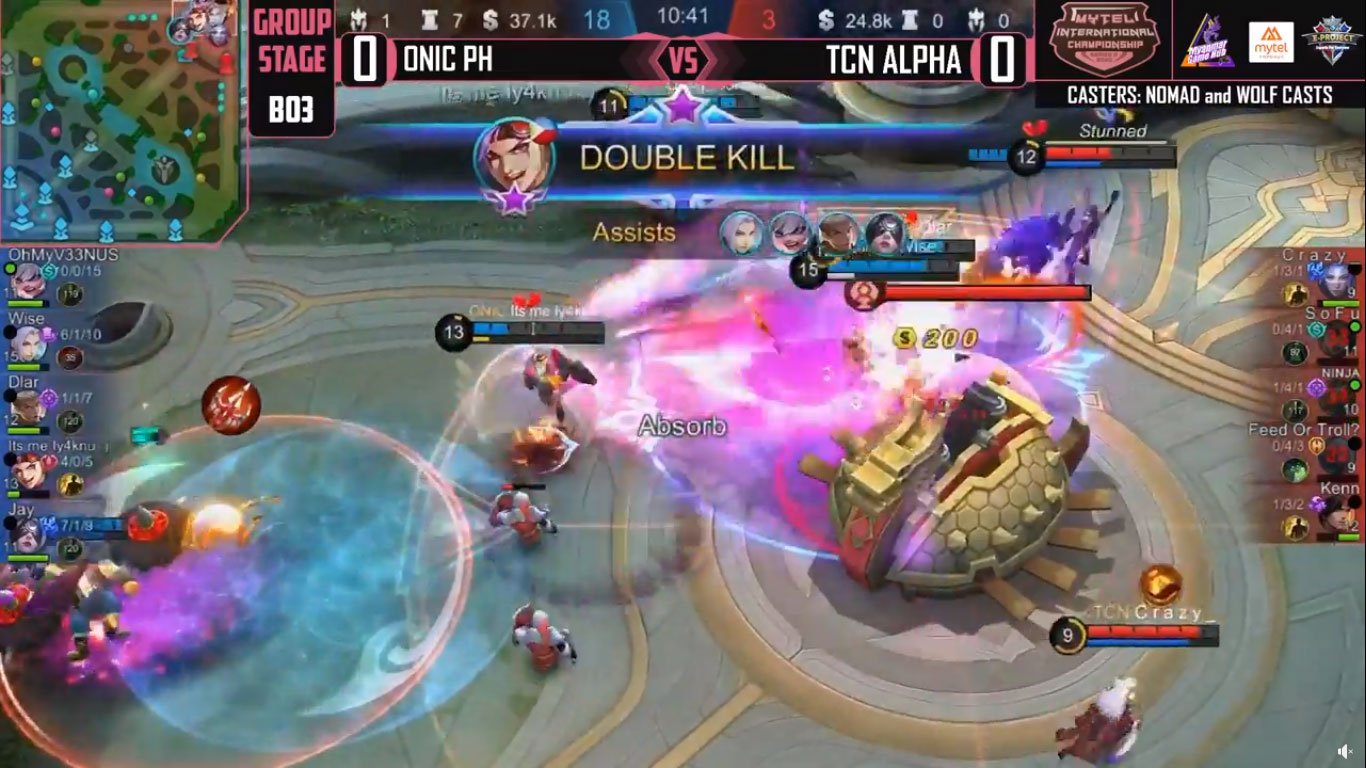 ONIC PH stamped its class over TCN Alpha via a 2-0 sweep but fell prey to RRQ Sena once more to split their assignments on the fifth day of the 2020 Mytel International Championship, Friday evening.

The duo of Wise (Ling) and Jay (Pharsa) teamed up in the early game to put ONIC up ahead by almost 10,000 in the gold department entering the nine-minute mark of the game.

Leaving TCN with only two inhibitor turrets left, Wise and Jay went on to take down the lord while Iy4knu (X.borg) and OhMyV33NUS (Popol and Kupa) zoned out their counterparts.

Through Dlar’s (Chou) way of the dragon, Wise and Jay shut down Feed or Troll? (Baxia) to deplete TCN’s frontline. ONIC then marched towards the top lane with the lord and instigated a clash to finally put an end to the match.

The squad was able to do a four-man wipe, erasing So Fu (Esmeralda), NINJA (Jawhead), Feed or Troll?, and Kenn (Yi Sun Shin), leaving Crazy (Luo Yi) to defend, eventually ending the game under 11 minutes.

Wise and Jay both finished with identical numbers of seven kills, 10 assists along with a death while Iy4knu had four kills and five assists. OhMyV33NUS had a spectacular night, ending up with 16 assists for ONIC.

Kenn had a forgettable outing, posting a 1/4/2 KDA while So Fu finished with no kills and four deaths.

Due to technical difficulties, TCN was forced to forfeit Game Two which handed ONIC the series.

The MPL-PH Season Four and Five runners up faced RRQ in the next series but received a 0-2 sweep at the hands of the Indonesians.