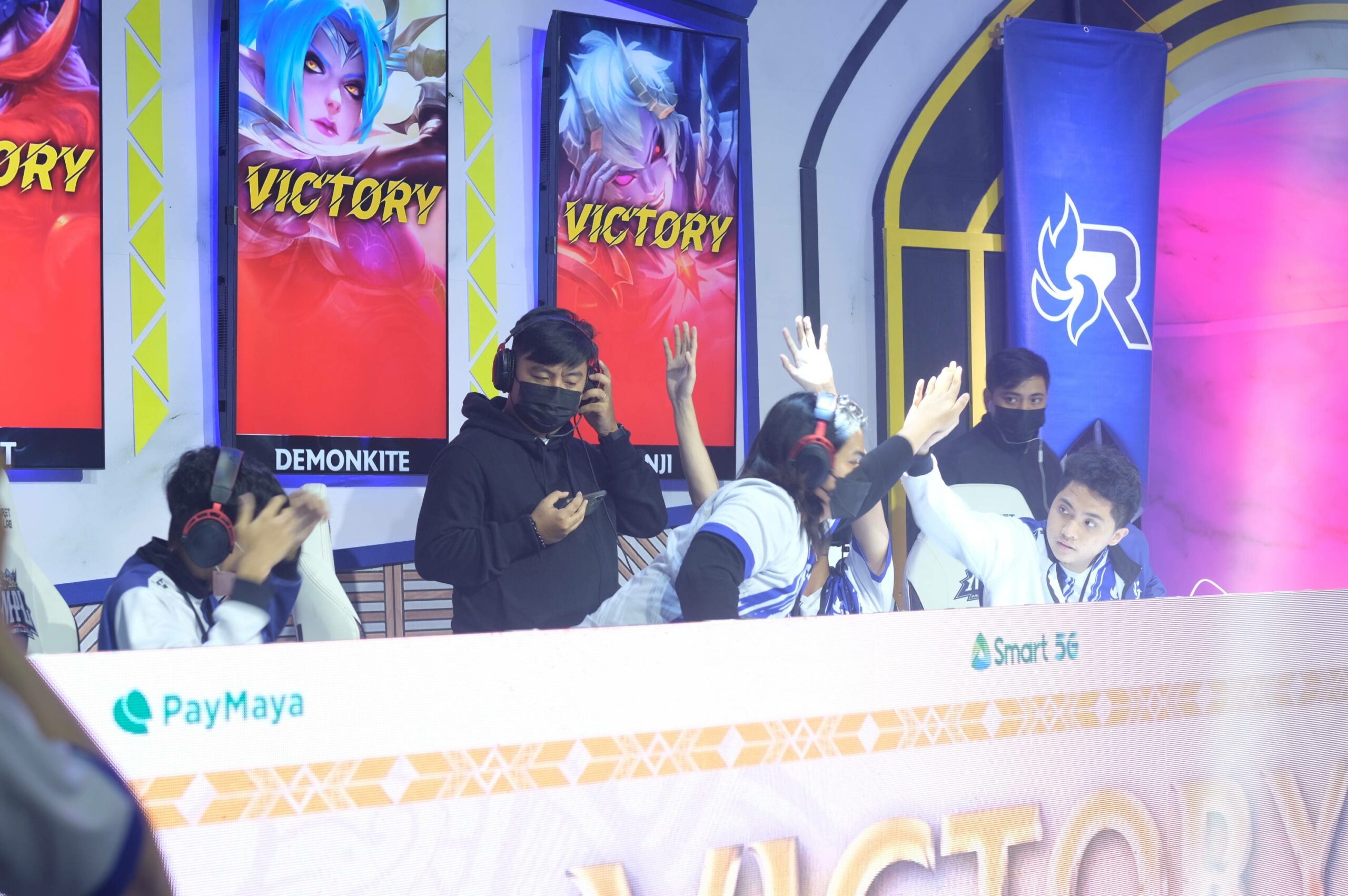 RSG PH surged to its fourth straight win after sending Bren Esports back to the ground, 2-0, in MPL Philippines Season Nine on Friday night.

Clarense “Kousei” Camilo and Kenneth “Kenji” Villa made their presence felt as early in Game One. They led RSG PH’s dominant 15-15 Game One win over Bren Esports in just 14 minutes and 10 seconds of action. 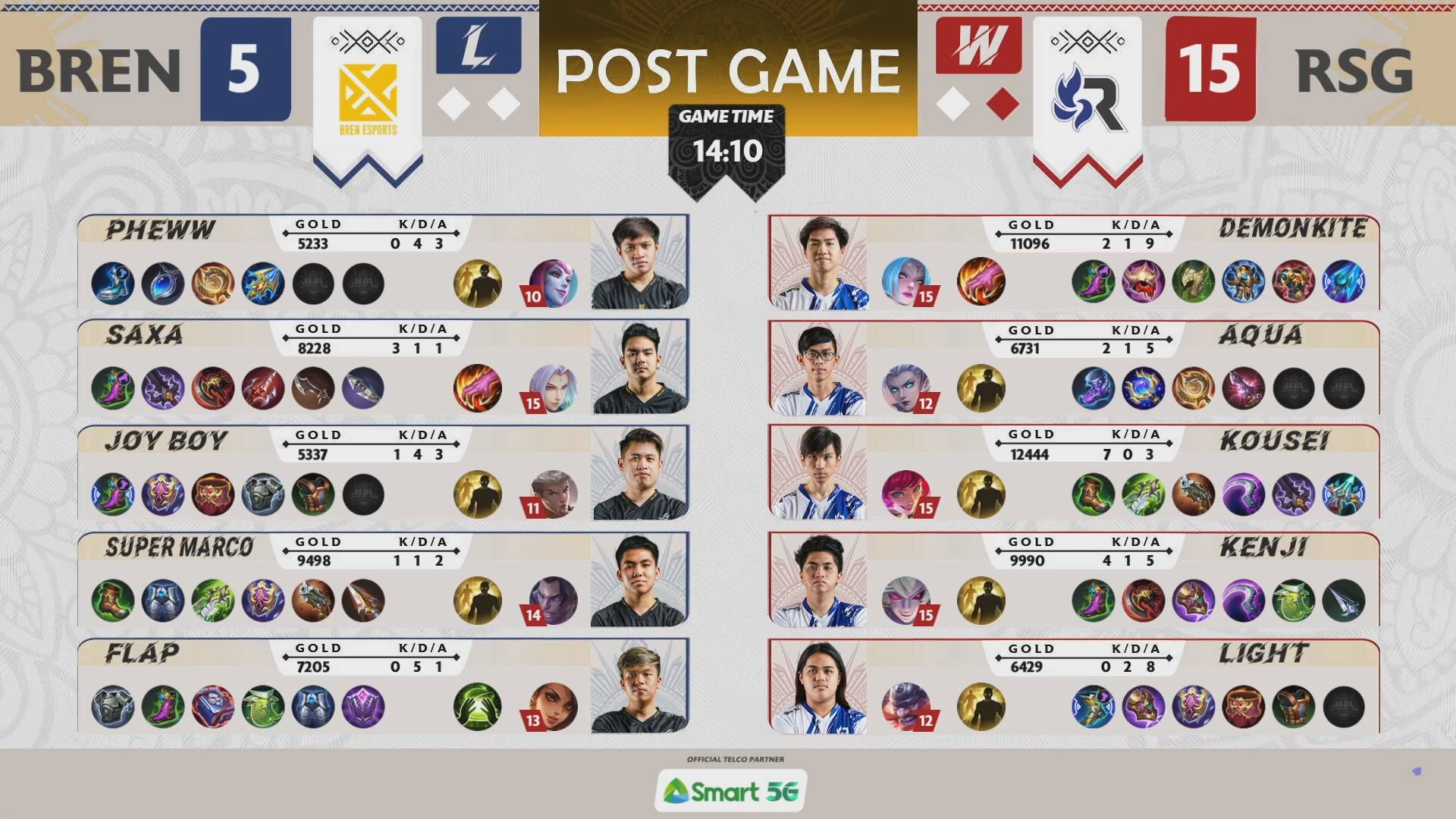 RSG put up a 7K gold cushion entering the 13th minute. From there, the team circled around the Lord pit. Then Dylan “Light” Catipon (Franco) caught Vincent “JOY BOY” De Guzman (Chou) to kick-start the blood bath for RSG PH.

The team eventually secured the Luminous Lord before wiping out the entire Bren Esports contingent for the win.

The team put up the same intensity in Game Two, sealing the sweep through a 9-5 win in just 15 minutes and 19 seconds of action. 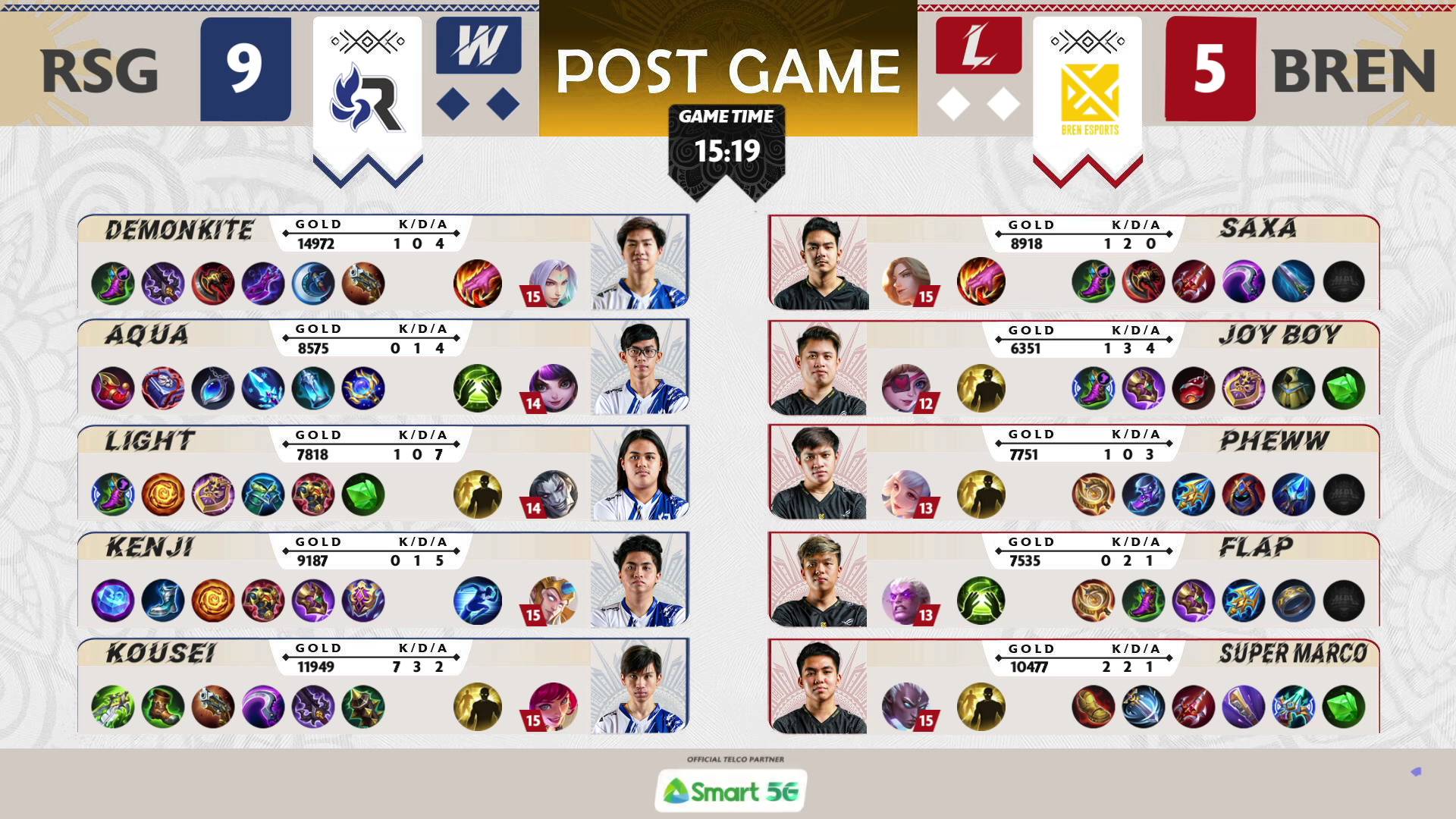 RSG PH first put up a 10K gold advantage through its strong early game showing. Then it took the Luminous Lord in the 14:29-mark before engaging Bren Esports in a clash. However, the latter backed out and chose to defend the siege.

Unfortunately for Bren Esports, RSG PH’s firepower was too much for them to handle.

Kousei’s Beatrix once again led the attack with seven kills and two deaths against three assists. Kenji stepped up anew with five assists and a death on Hylos.

Bren Esports dropped to a 2-7 record with five points, still at the last spot.