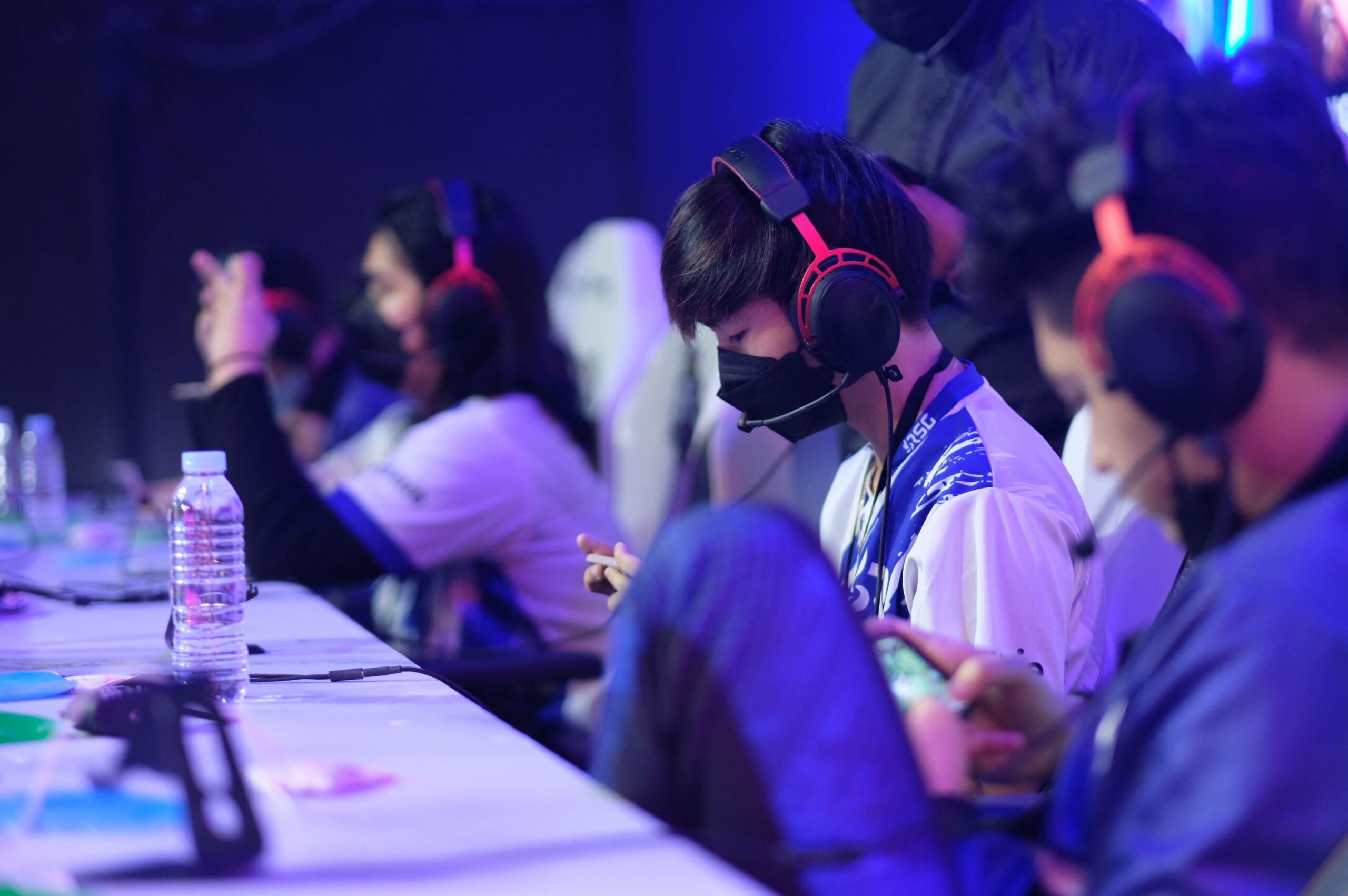 Omega Esports ganged up on Demonkite near the Lord pit in the decider, but the RSG PH jungler was able to use his Winter Truncheon to give his teammates enough time to respond.

From there, RSG PH bagged a four-man wipe to finish the match past the 16th minute.

He finished with four kills and seven assists without a single death in the 14-7 Game Three victory in 16 minutes and 42 seconds. 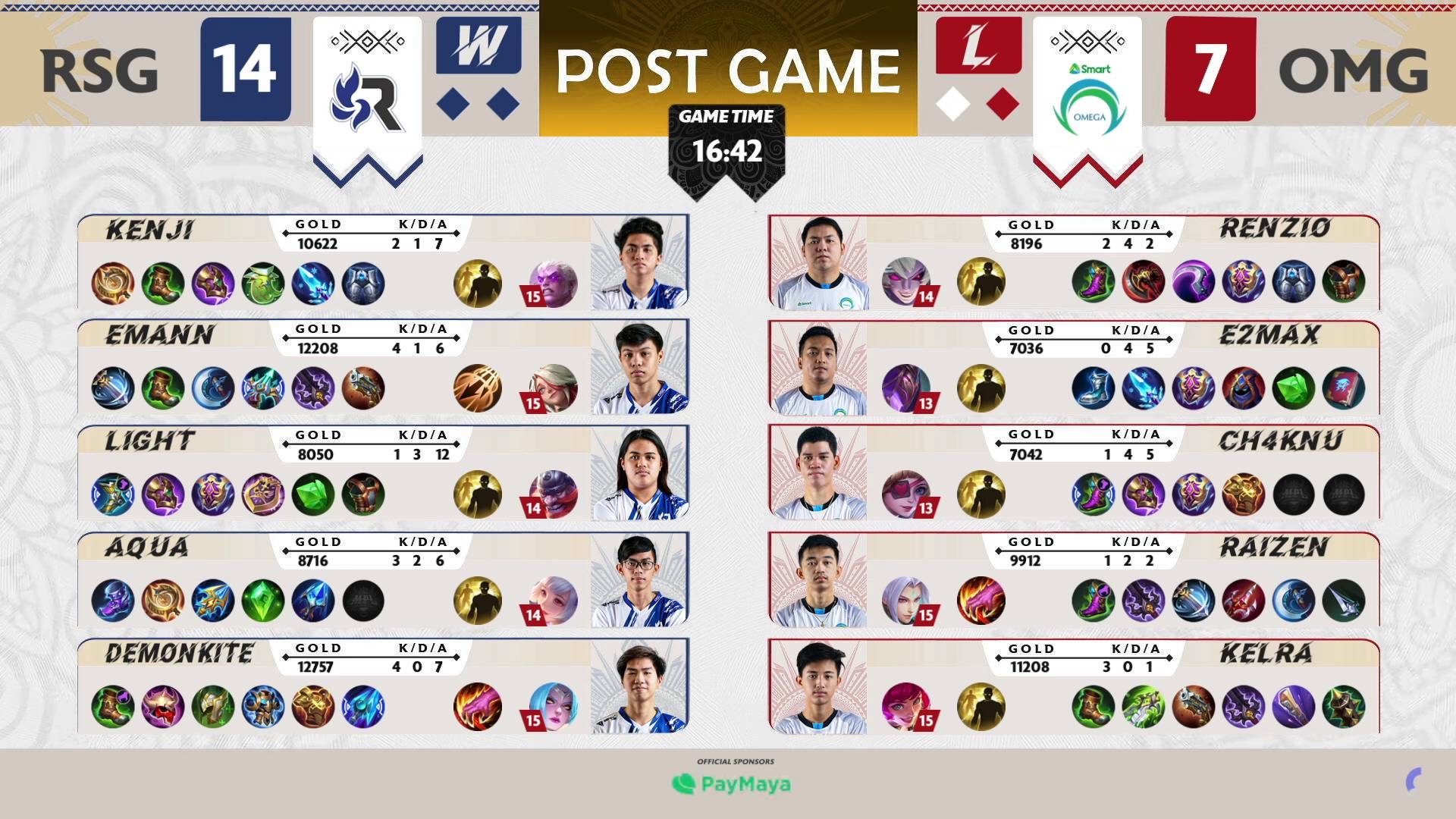 RSG PH (7-2) has now tied TNC (7-3) at the second spot with 21 points each. Both teams are now a point away from securing their respective playoff berths.

Dylan “Light” Catipon (Masha) picked off Patrick “E2MAX” Caidic’s Pharsa past the 27th minute to give RSG PH the upper hand in the final Lord fight of Game One.

Joshua “Ch4knu” Mangilog’s Grock was the only casualty for Omega Esports in the tussle. The team, however, still failed to defend its base — surrendering the win to RSG PH.

Eman “EMANN” Sangco (Beatrix), who missed the team’s previous outing due to an injured right wrist, delivered six kills and three assists against one death in the 15-9 Game One win in 28 minutes and 46 seconds. 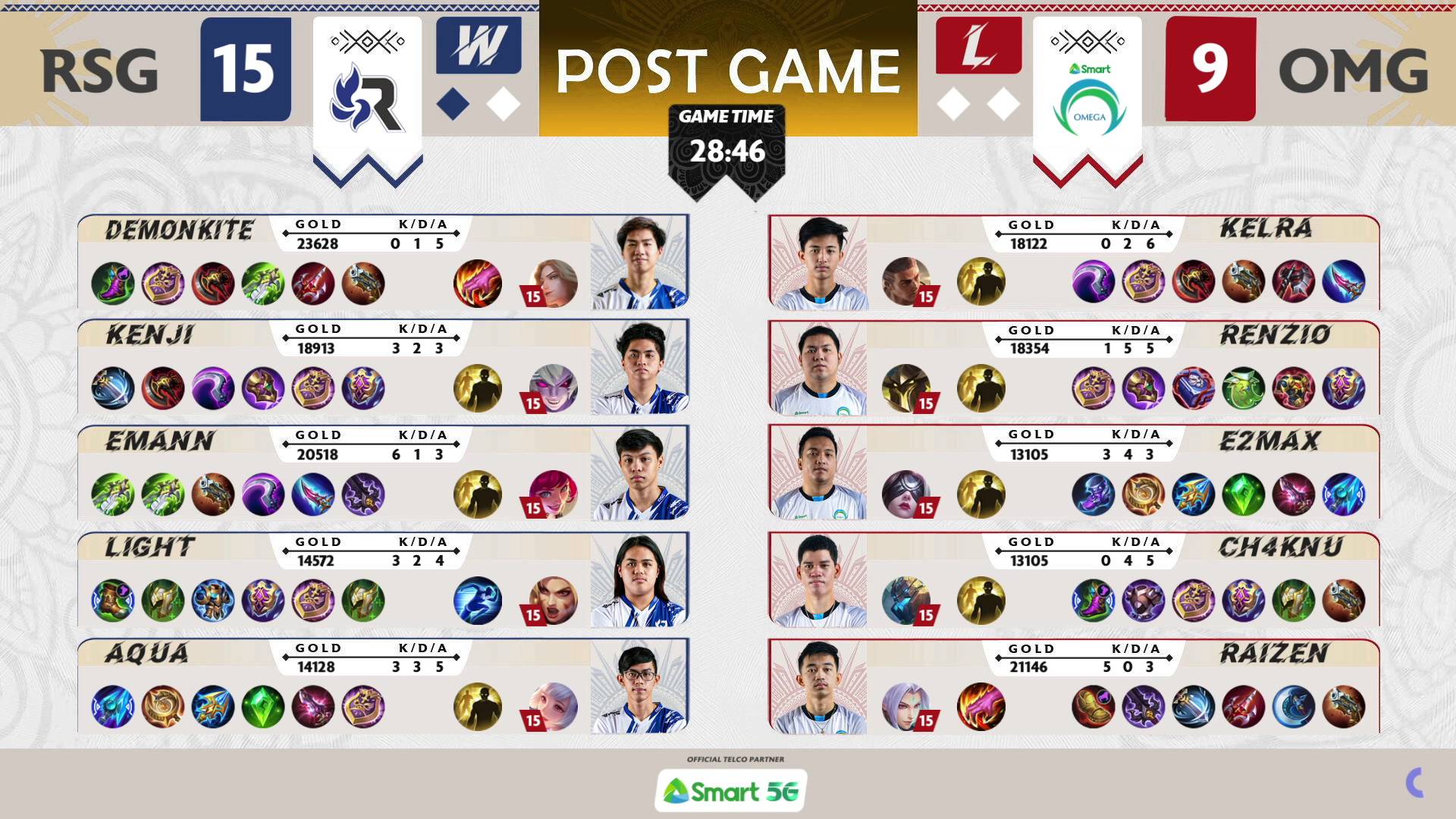 Omega Esports came back with vengeance in Game Two, leading by as much as 11K in the gold department before bagging a lopsided 10-1 win to even the series at 1-all.

Patrick “E2MAX” Caidic’s Selena paced the win, setting up plays with his Abyssal Arrows while also giving Omega Esports its much-needed vision which paved the way for the almost perfect outing. He finished with four kills and three assists against one death in 16 minutes and 53 seconds. 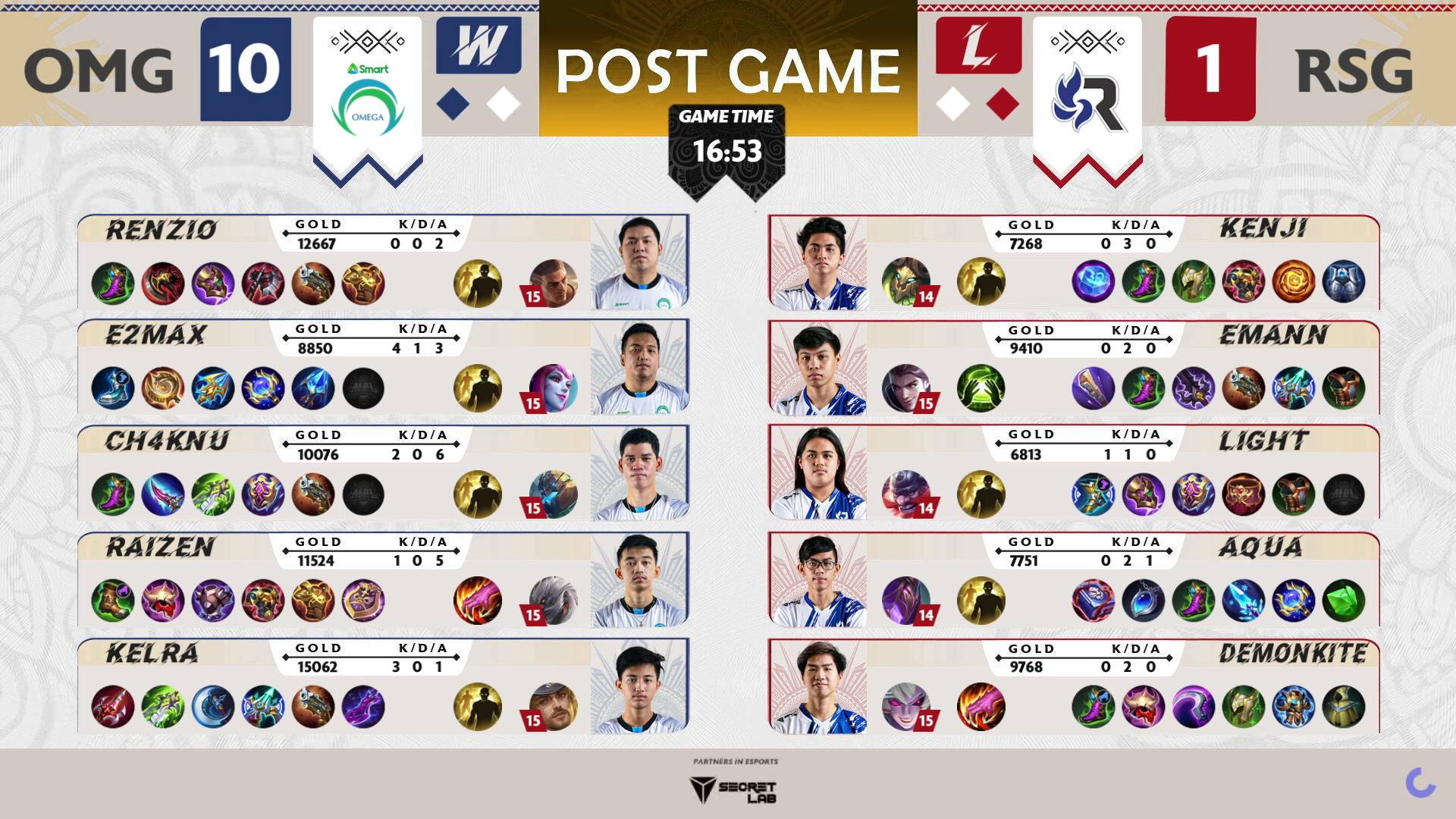 The SMART-powered squad reclaimed the seventh spot with nine points. With the team’s loss, ECHO, who now has 22 points through a 7-3 slate, has advanced to the playoffs.

RSG PH will face TNC on Saturday at 6:00 PM while Omega Esports will take on ONIC PH later that day at 8:00 PM.