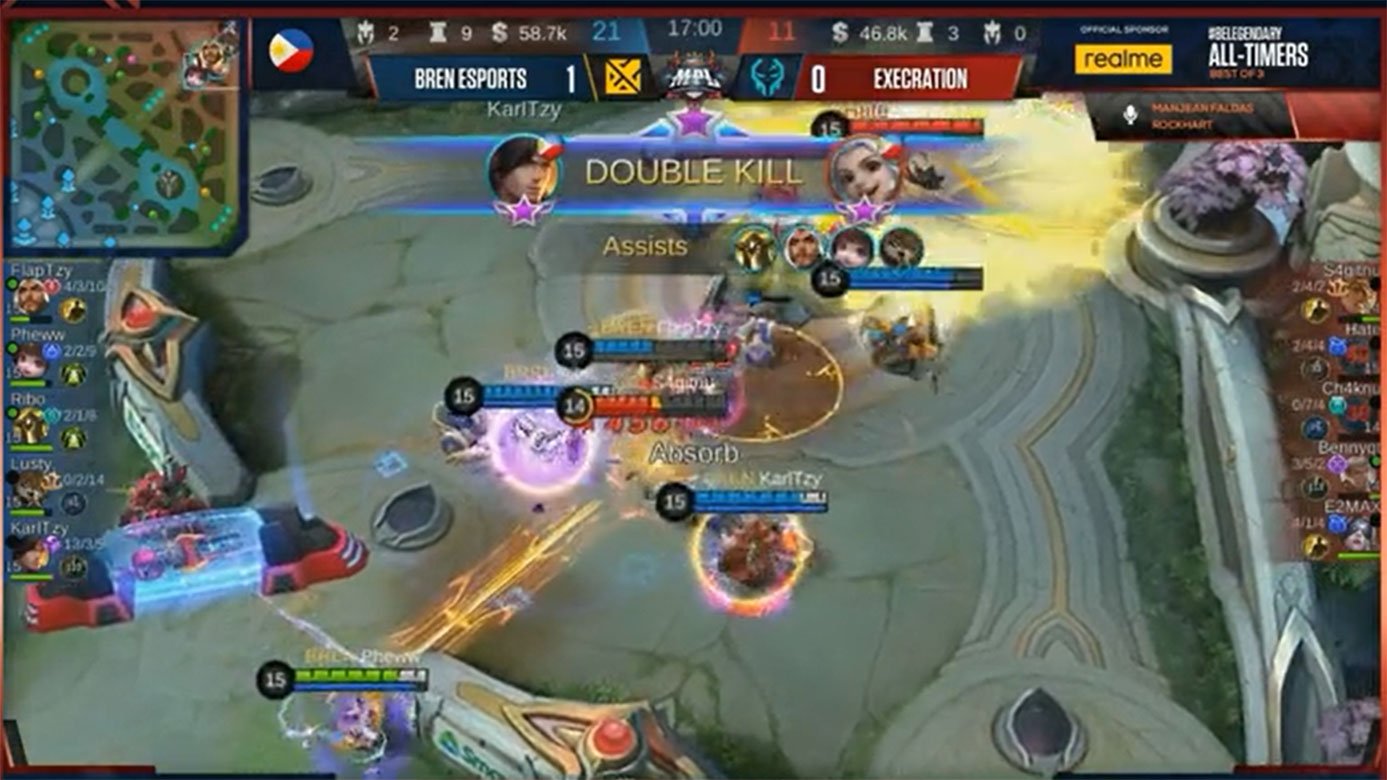 KarlTzy was once more at the center of it all, posting a masterful performance of 15 kills, three deaths, and six assists in Game Two. He also picked up a total net worth of 15,146 en route to another Most Valuable Player citation.

The 16-year-old prodigy also dished out a total of 134,366 damage throughout the game, sealing the series with a maniac and stretching BREN’s unbeaten run to five games to top Group B.

S4Gitnu (Gatotkaca) tried to save Execration from defeat, but a botched avatar of guardian proved too costly. He was then executed by the BREN bunch, who were trying to take down the lord at that moment.

Ribo (Uranus) was as efficient as ever, tallying two kills, a death, and 10 assists, while Lusty had a vintage performance using Akai with a 0-2-15 KDA.

BREN was able to collect 12 purple buffs and 10 orange buffs compared to Execration’s two and four, respectively. The kings of SEA MLBB Invitational also had three turtle and two lord kills, leaving Execration to the dust.

In other games, Aura PH escaped Omega PH, 2-1, while Cignal Ultra made quick work of BNK Blufire via a 2-0 decision.

Aura PH is now in a two-game roll, solidifying the top spot in Group A with a 5-1 standing. Kielvj sat out his second-straight series for the defending champions in lieu of Renzio. Meanwhile, Cignal Ultra pushed its tally to 2-2 in Group B.

Omega PH, which lost its second-straight outing, fell to a 2-3 card in Group B. BNK remained winless at 0-5 in Group A.