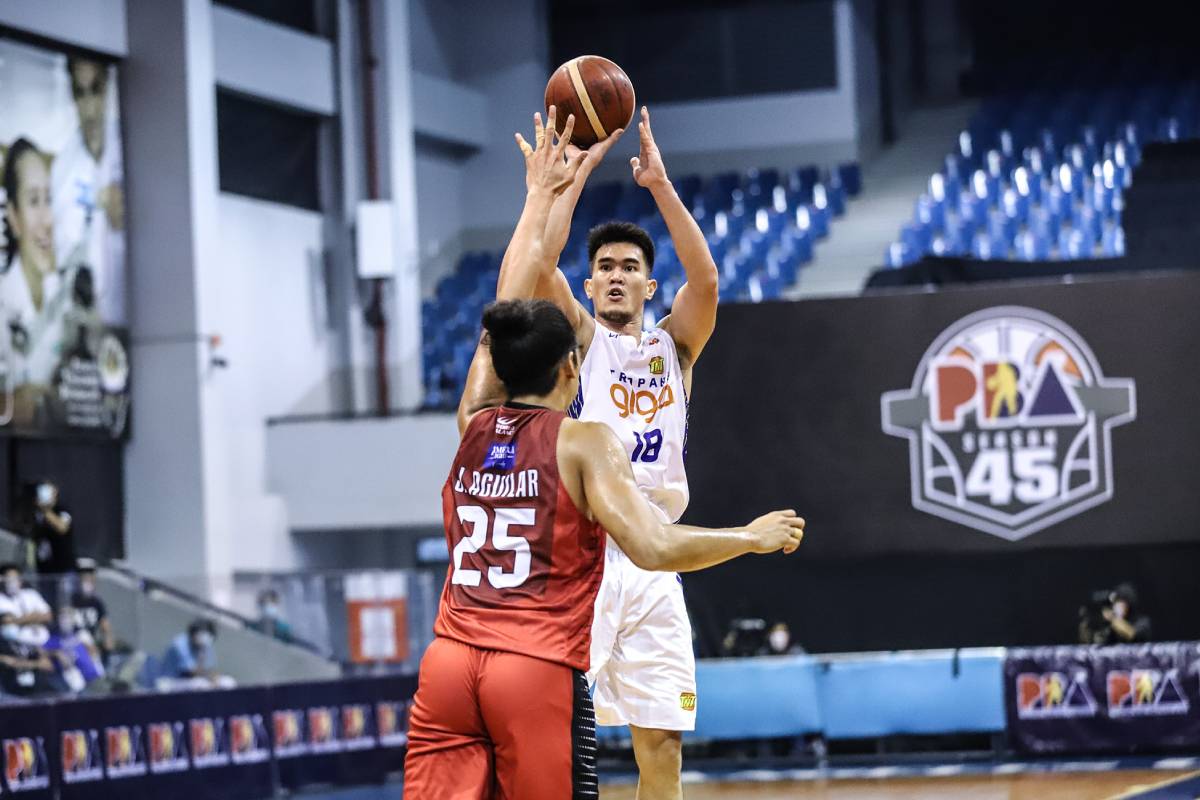 SMART CLARK GIGA CITY — Barangay Ginebra, in the past, had a ‘tag team’ on defense in the form of its twin towers, Japeth Aguilar and Greg Slaughter — a duo that terrorized many opposing teams.

But with the 7-foot Slaughter absent from the Gin Kings in the 2020 PBA Philippine Cup bubble, the responsibilities he shared with Aguilar now fall on the athletic 6-foot-9 forward alone.

“We depend so much on Japeth to protect the rim for us and intimidate. That’s the whole basis of our defense. Now that we don’t have Greg, that even becomes more important,” said head coach Tim Cone.

“They kind of tag team, protect the rim kind of thing. One can go out, the other would protect the rim and they’d be like a tag team. But now there’s no one to tag, so now it’s all on Japeth.”

Cone, though, is proud of how the 33-year-old is embracing being their defensive anchor. And they are now on top of the standings following their 85-79 conquest of erstwhile co-leaders TNT, Friday night.

In the win that saw them limit the Tropang Giga to nearly 30 points below their average, Aguilar played for 39 minutes. He had 19 points on 8-of-12 shooting to go with 11 rebounds, two assists, and a block.

And that block was a historic one for him.

According to league stats chief Fidel Mangonon III, that block on Poy Erram at the 6:25-mark of the third canto was the 600th of his career. He then became only the 12th player in league history to achieve such a feat.

#ReadMore  Scottie Thompson still not satisfied after near triple-double outing

Aguilar is just the second active player next to San Miguel star Arwind Santos to reach that plateau. The 2013 PBA most Valuable Player, though, already climbed to seventh in the all-time blocks list last year.

“He has a lot of pressure on him to get out there and block shots, and do those things for us and be an intimidator, and he’s doing a great job,” Cone said. “That’s why we’re in first place, basically, because he’s anchoring our defense.