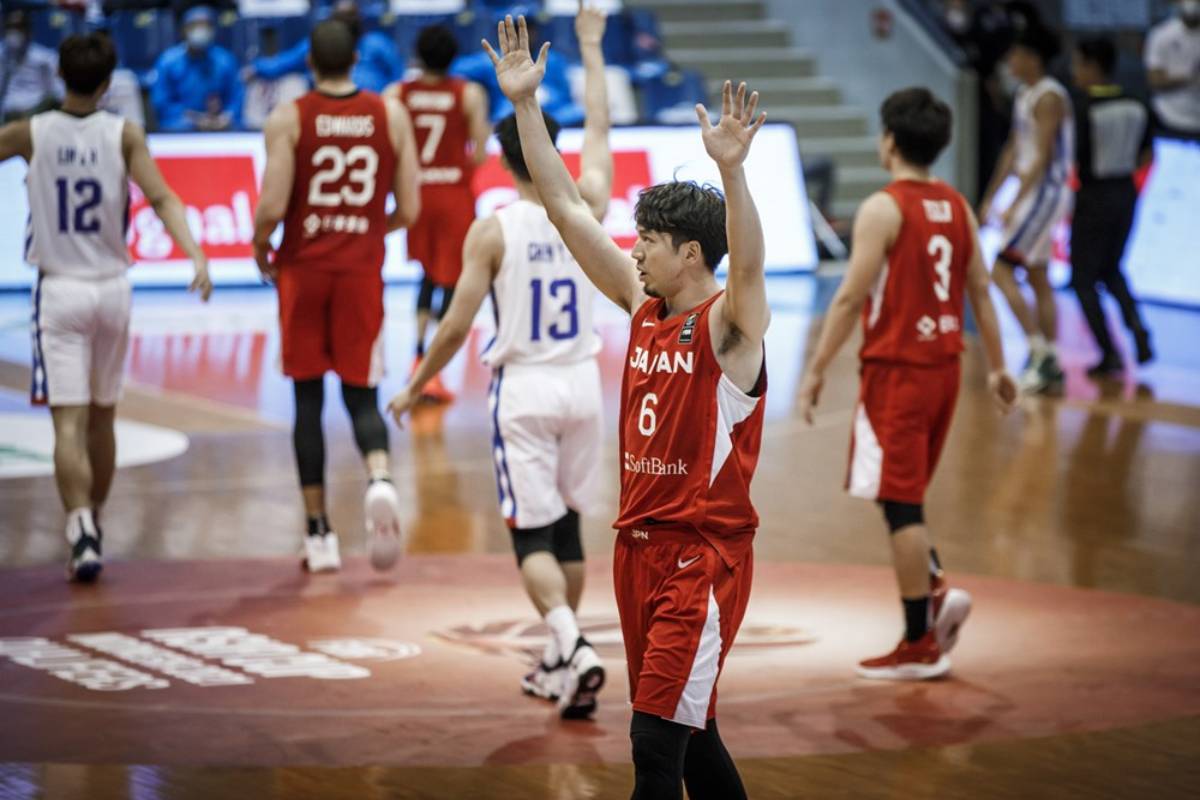 Japan head coach Julio Lamas felt accomplished as the Akatsuki Five achieved their goal of securing a spot in the 2021 FIBA Asia Cup in Indonesia.

The Akatsuki Five were able to do so following their 37-point demolition of Chinese Taipei in the Qualifiers’ third window Friday — a win that also redeemed themselves from the 57-66 defeat they suffered from China two days ago.

“Most important for us today is that we get the qualification for the Asia Cup in Jakarta,” the Argentinian bench tactician said moments after their 98-61 victory at the AUF Sports and Cultural Center in Angeles, Pampanga.

Japan just became the latest team to qualify for the August 16-28 festivities, next to South Korea, the Philippines, Lebanon, Bahrain, Iran, Kazakhstan, Jordan, and Syria. Host Indonesia is in, while seven spots remain up for grabs.

The Clark bubble marked Japan’s return to action after 16 months, or since conquering the Taiwanese in the first window back in February 2020.

And for Lamas, taking part in the tilt is ‘very important’ for him and his chargers in their preparations for the prestigious Tokyo Olympics in July.

The Akatsuki Five are looking to compete the best it could at home as Japanese basketball will finally make its way back to the Summer Games after over four decades, or since the 1976 Olympics in Montreal, Canada.

Japan will play China again on Saturday to wrap up its ACQ campaign. And for Lamas, that match will also serve as a good gauge for their build-up since the continental powerhouse have been playing extremely well.

The Chinese, who have just returned to international play since the 2019 World Cup but are 2-0 so far in Group B, are set to play in the FIBA Olympic Qualifying Tournament in Victoria, Canada on June 29-July 4.

“This is very important. Of course, our first goal is to bring the qualification–right now, we got the qualification. And it is important to play these two games against China because they are going to the OQT, they are in good shape,” he said.

“These two games against China and the three games we will play against Iran on 23, 25th, and 27th are very important for us to practice our defense systems, offense systems, and for building our roster for the Olympic Games.”