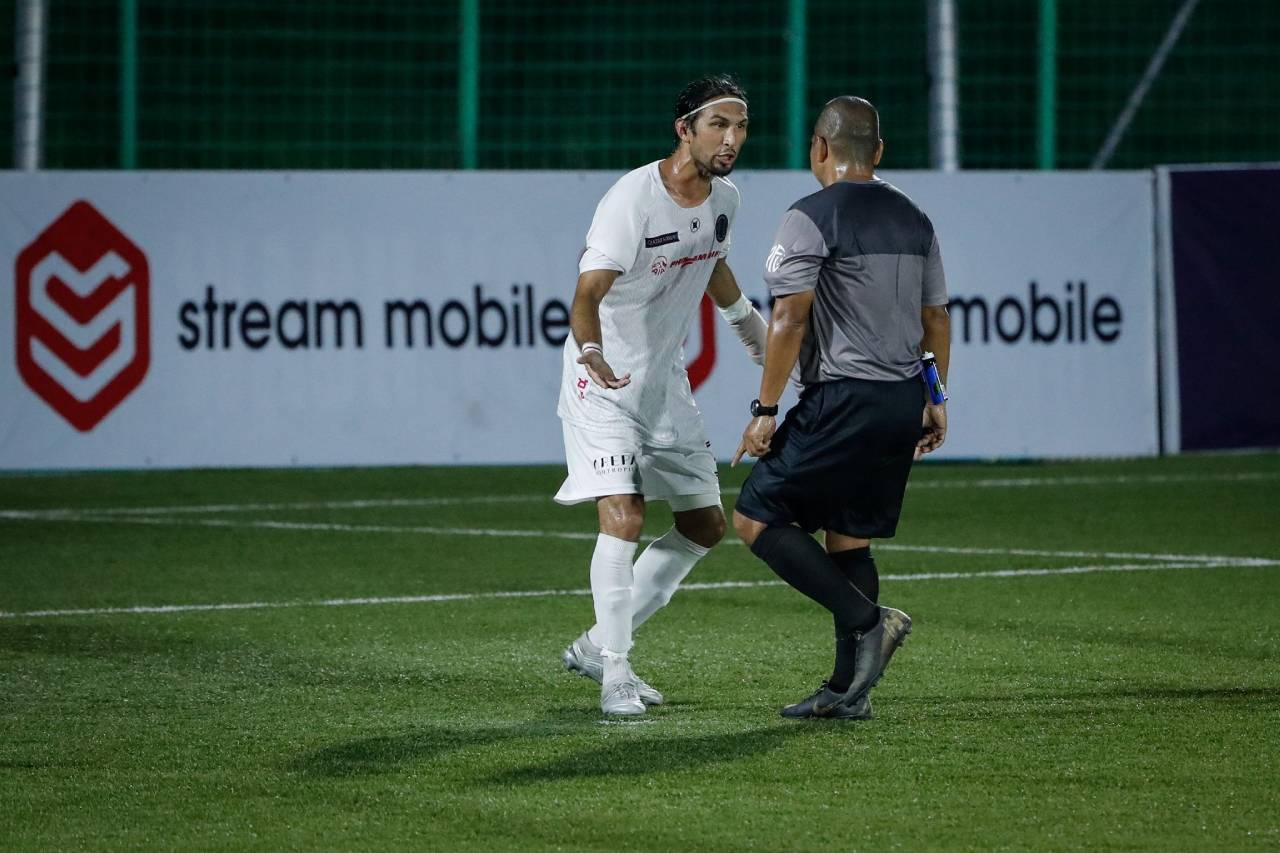 CARMONA, CAVITE — It was a bad night all round for Maharlika Manila after suffering another defeat — this time a 0-5 drubbing — at the hands of the Azkals Development Team in the 2020 PFL Season, Friday night at the PFF National Training Center.

Unfortunately, the action did not end at the final whistle. Sources at the venue stated that one of Maharlika’s stalwarts, Anton del Rosario, received a straight red card after the match for confronting the referee.

“My team gassed out… Disappointed… But the refs…,” started the 38-year-old in his Instagram story.

“I’m not one to bitch about refs but when I have the opponent’s coach telling me he would be upset and that the game-changing PK call wasn’t a PK (which happened right in front of their bench) is unacceptable.”

The incident in question happened in the 59th minute, when the referee called Dingdong Fornea’s tackle on Chima Uzoka as a foul in the Maharlika box. ADT skipper Jarvey Gayoso then converted the spot-kick, much to the frustrations of Del Rosario’s team since the game was goalless before that event.

“I mean it all started with some poor calls of the referees.

“It kinda affected the players’ emotions. I think that as soon as we got the first goal against us, the penalty against us, we weren’t mentally tough enough to respond. And we started to play as 11 individuals and not as a team anymore,” lamented coach Roxy Dorlas.

In the same social media post, Del Rosario furthered his rant. He narrated his side of the story and makes a serious allegation about the person in charge of the fixture.

“After the game, I approach the ref and ask if he’s gonna do that every game, and the referee then threatens me saying, ‘You wait and see’ and smiling,” said the veteran defender. “And guess what, these referees are alobins guys, the referees I fired from the 7’s because they were terrible.

“Could this be personal… Makes me think…”

The former Kaya player then tagged the PFL’s Instagram account, @WeArePFL, and stated, “Hoping for review after this season because these are definitely not the best refs in the country and undeserving to be on the field.”