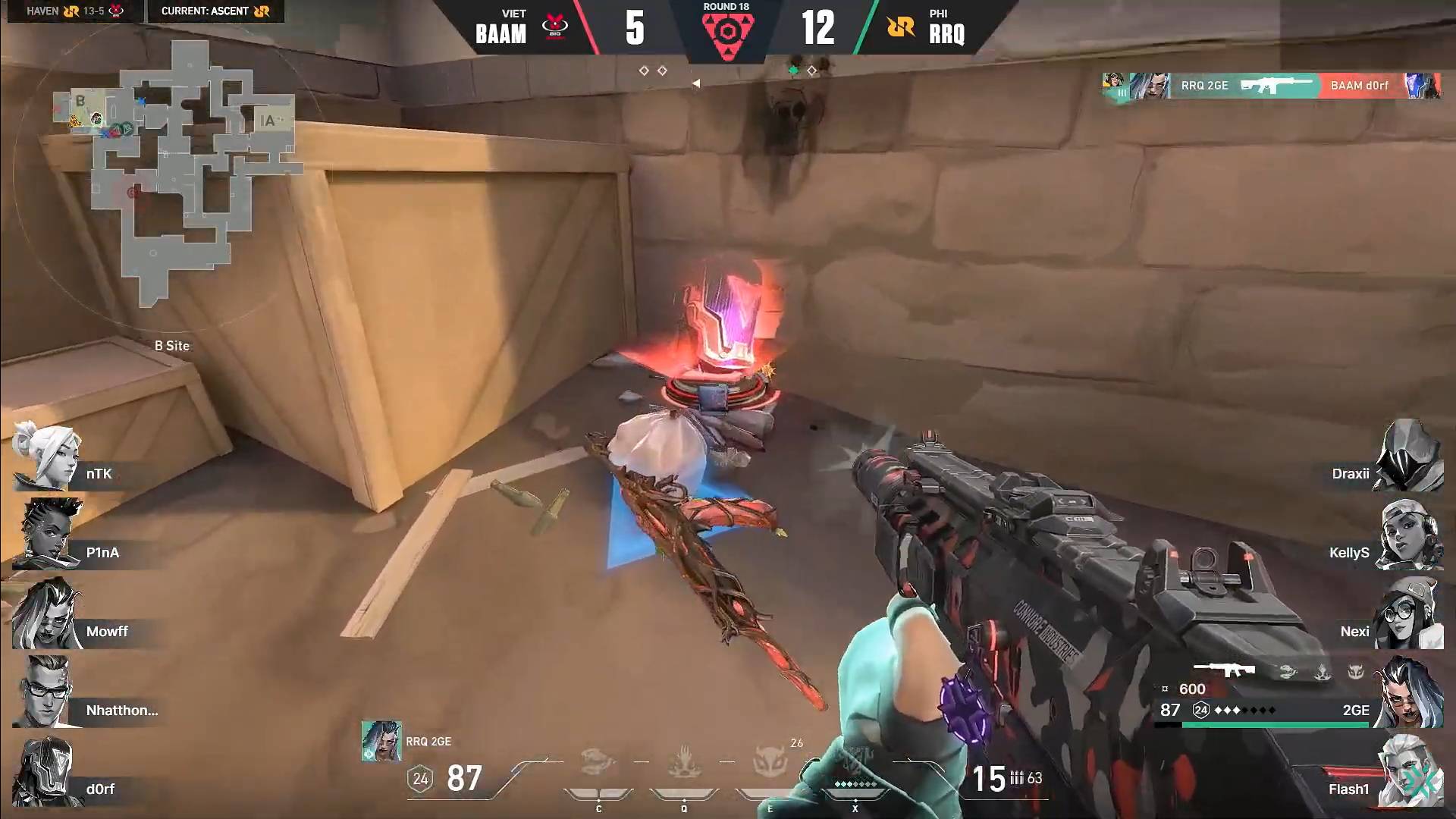 Rex Regum Qeon had an outstanding international debut as they advanced to the winner’s bracket, sweeping Team Big BAAM, 2-0 in the play-in stage of the Valorant Champions Tour Asia-Pacific Stage 2: Challengers Playoffs.

Nexi already had 17 kills in the first half, highlighted by a two-versus-one with the help of his turret whose body blocked the enemy Jett.

Still, Big BAAM was within striking distance as they only trail by four, 4-8.

It was in the second half when the Filipinos stepped on the gas pedal, only limiting BAAM to a point, courtesy of a 5-1 run.

Round 18 is when Rex Regum decided to bury the Vietnamese team to the lower bracket after Nexi ruined BAAM’s execution at the B site, killing two opponents in the process.

James “2ge” Goopio (Fade) backed him up to seal the round with his own version of a two-on-one clutch to complete his triple kill.

Nexi finished with a series-high 23 kills to go along with nine assists. Kelly “kellyS” Sedillo’ Raze and 2ge backed him up with 17 and 15 markers respectively.

Rex Regum will face BLEED from Singapore tomorrow at 2:00 pm.

A win in tomorrow’s match-up will give them a slot in the group stage, making them the third Filipino team to advance to the second stage of the Asia-Pacific tournament.