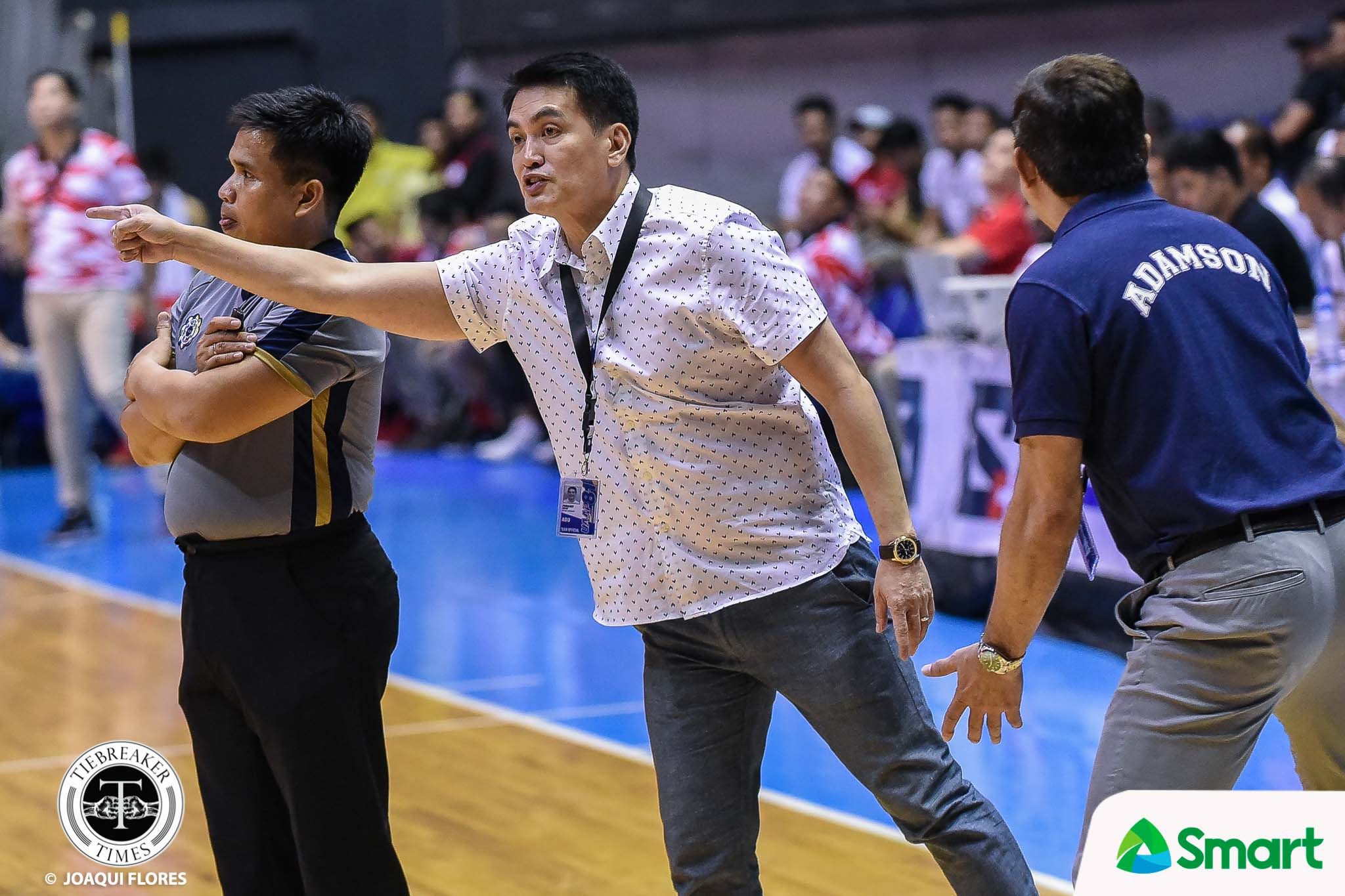 With just one game left in their UAAP Season 81 Men’s Basketball calendar, the Adamson University Soaring Falcons are still going all-out. And it’s because they are facing the only team that they have to defeat this season: The Far Eastern University Tamaraws.

Back in the first round, the Tamaraws gave the Soaring Falcons their first taste of defeat in an 88-85 thriller.

Even if Adamson are already assured of a playoff for the twice-to-beat advantage, third-year Soaring Falcons head coach Franz Pumaren will not rest on his laurels for the game.

“They’re the only team that we din’t beat this year. Hopefully we can even things out,” said Pumaren, a five-time UAAP champion coach.

“I guess probably on the back of their minds, that’s why they played hard already because our next game will be next Sunday, so for sure it’s gonna be a hell week for them.”

Pumaren is already pumping himself up for it.

“Let’s put it this way, it’s like seeing me with six glasses of espresso during practice,” he described of what hell week is like. “You should just imagine the caffeine, the little things, I’ll be going on a diet this week, so you can imagine it’s gonna be a hell week for them.”

Upon hearing this, Sean Manganti and Jerrick Ahanmisi took a big gulp.

“All I can say it’s gonna be a hard practice,” Ahanmisi shared, as Manganti looked at him with fear in his eyes.

And the Soaring Falcons had a preview of what hell is like during halftime.

READ  Sean Manganti honored to have Kiefer Ravena as mentor

The second-ranked team in the league figured in a slow start, falling by as much as 17 points early. To wake up his troops, Pumaren spewed sweet nothings to fire up the Soaring Falcons.

“Sometimes, I’m quite disappointed with these guys, I think they love hearing my voice eh. That’s why I look old already,” quipped the 54-year-old tactician.

If that was tough, what more are the seven days of practice of hell he is about to unleash on the Soaring Falcons.

If Alvin Pasaol trims ‘little baby fat’, he’ll be a player to watch in the PBA, says Franz Pumaren