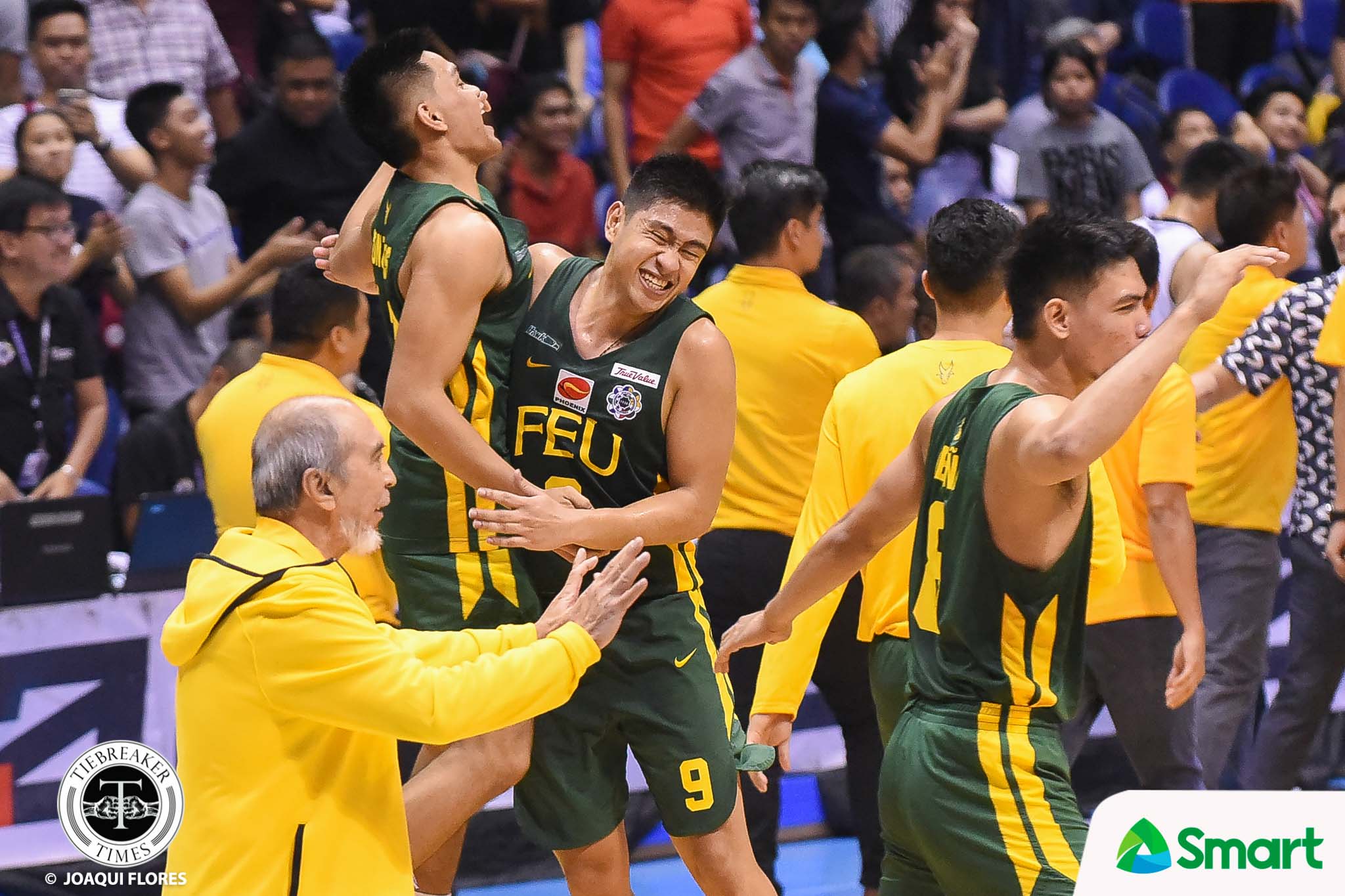 Wanting to erase the memories of their two losses to the league’s bottom-ranked teams, the Far Eastern University Tamaraws dug deep, outlasting the Adamson University Soaring Falcons in overtime, Sunday afternoon at the SMART Araneta Coliseum.

With the win, the Tamaraws go up to 4-2 for solo third. Moreover, they handed the Soaring Falcons their first loss of the season.

In overtime, free throws by Richard Escoto gave FEU the lead for good, 85-84. Sean Manganti missed a three-pointer and a floater later on that led to a split on the stripe by Ino Comboy.

Prince Orizu fouled out of the game after an over-the-top foul against Papi Sarr, who split his charities. After a mad scramble on the floor, FEU were able to gain possession, leading to a Hubert Cani find to Barkley Ebona for the layup to extend FEU’s lead to three with 20.1 ticks left.

Comboy made a huge stop on the other end, swatting away Manganti’s attempt. However, Richard Escoto missed two free throws with four seconds left. Adamson could not get a shot up as time expired.

Hubert Cani added 14 markers from off the bench, while Orizu gobbled down 18 boards to go along with six points.

Adamson fought hard to preserve their pristine slate, rallying back from 17 down with a 21-4 run to gain a 76-75 lead with 2:07 left in regulation. During the run, Arvin Tolentino, who had 19 points to lead FEU, was slapped with a disqualifying foul after clotheslining Sean Manganti with 3:43 remaining in the final frame.

“Coach Olsen just kept on encouraging the players,” disclosed Gonzales on what Racela told his wards.

Escoto was able to give FEU the lead back with 29.2 seconds left, 80-78. Simon Camacho was able to clean up a Jerrick Ahanmisi miss with 1.5 remaining to send the game into overtime.

Ahanmisi paced Adamson with 21 points on 7-for-18 shooting. Manganti added 20 points, while Papi Sarr and Simon Camacho each tallied double-doubles.

FEU look to continue their streak when they face the Ateneo de Manila University Blue Eagles on Wednesday, October 10, at the SM Mall of Asia Arena. Adamson, on the other hand, hope to bounce back when they take on the De La Salle University Green Archers on Saturday, October 13, at the same venue.

Blackwater gains share of lead, sends Rain or Shine down to 0-4 hole