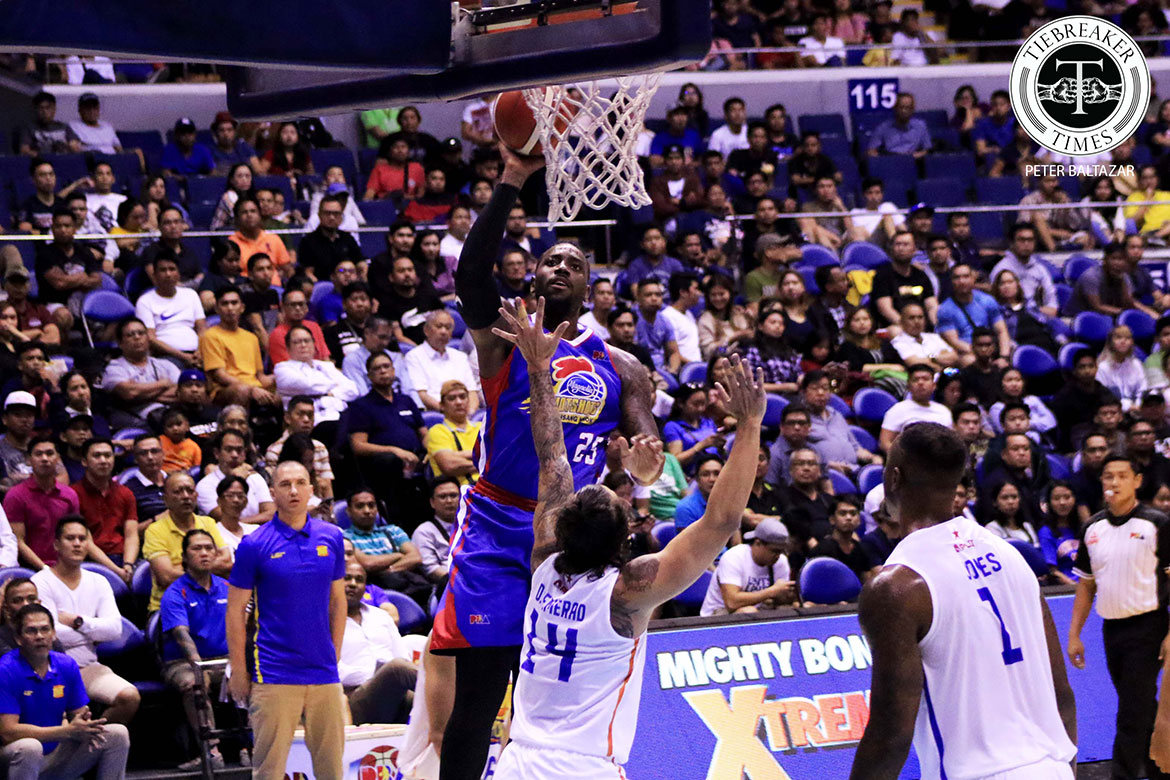 Rakeem Christmas expressed dissatisfaction with how he had played in his PBA debut Wednesday night.

Coming in as Magnolia’s third import for the 2019 Commissioner’s Cup, Christmas only had eight points on 2-of-18 shooting, along with 14 rebounds, three assists, and a steal against five turnovers in over 33 minutes.

What’s worse is that he and the Hotshots got blown out by a Terrence Jones-led TNT KaTropa, 83-98.

“I’m not satisfied with that game at all.”

But aside from working his way around still, Christmas admitted that he has yet to get back in game shape — he last played last year, where he suited up for the Henan Roaring Elephants of China’s National Basketball League.

“It was my first game back in a while,” said the 6-foot-9 center, the 36th overall pick of the Minnesota Timberwolves in the 2015 NBA Draft though it was with the Indiana Pacers where he played until he got waived in 2017.

“Last summer in China. Around this time. I haven’t played in a while.”

Christmas, though, is moving on from his so-so debut. His sights are now set on getting better and getting prepared for Saturday, where the Hotshots will start their best-of-three quarters series with defending champs Barangay Ginebra.

“Just have to get that out of the way and improve in the next game, get ready for the playoffs. Just gotta put that behind me and just move on,” said the Syracuse product, who had played for Turkish ball club Galatasaray in 2017.

This is Christmas’ very first stint in the Philippines, and of course, he is looking to get accustomed to these new surroundings. But it looks like he won’t just be relying on himself and on his new teammates in doing so.

San Miguel Beermen import Chris McCullough is also from Syracuse, and they have actually spent some time together during their run with the Orange. For Christmas, having someone familiar in a new place is of great help.

“Oh, it’s very important. He’s been telling me about the league and all the things to look out for. It’s great having him out here because there’s always someone you can talk to,” said the 27-year-old cager from Irvington, New Jersey.

And apparently, it’s not just about the league per se that McCullough has shared things about to Christmas.

“We’re in the same hotel. I know he’s a big Jollibee fan right now. I gotta hit that spot eventually so we’ll see.”