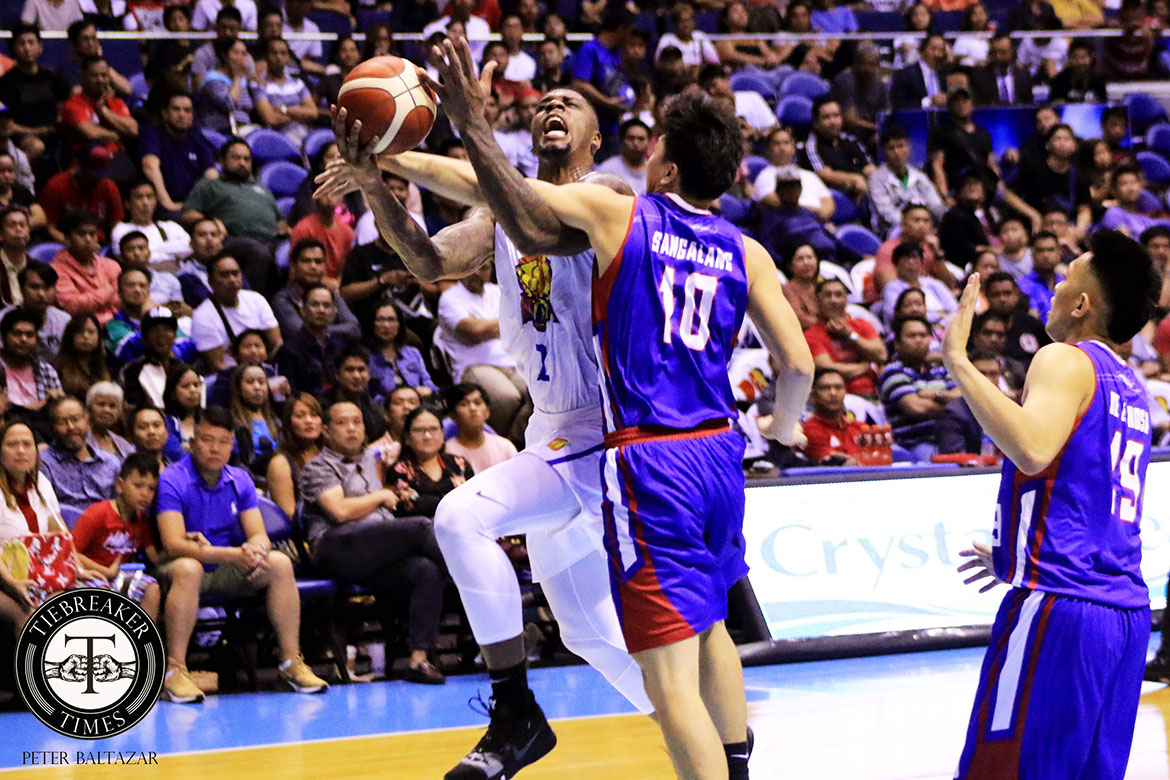 TNT dismantled the struggling Magnolia Hotshots, 98-83, to clinch the number one seed heading into the 2019 PBA Commissioner’s Cup quarterfinals, Wednesday evening at the SMART Araneta Coliseum.

The KaTropa ended the elimination round with a 10-1 record. Their foes in the next round will either be sister team Meralco Bolts or the Alaska Aces, which will vie for the eight and last quarterfinal spot this Friday, July 19.

This is the first time that the flagship MVP franchise clinched the top seed since the 2016 Governors’ Cup.

Terrence Jones fell two assists short of a triple-double as he powered the Texters with 26 points, 13 rebounds, and eight dimes. The NBA veteran currently has three triple-double outings in the mid-season conference.

Roger Pogoy finished with 20 points, five rebounds, and a game-high five steals with no turnovers in the victory. Jayson Castro supplied 13 markers, five assists, three rebounds, three blocks, and a steal. Brian Heruela had 13 as well.

“Happy with the win, happy for the locals for stepping up aside sa import namin. The locals really, really played well,” Ravena lauded. “They’re stepping up. Hopefully, ma-carry over again dun sa mga next games namin.”

Paul Lee led Magnolia with 23 points. PJ Simon had 16 points — all in the fourth quarter — while Ian Sangalang had 15.

READ  Qualls says he got called the N-word, clears air on step on Varilla

The Hotshots’ loss spoiled the debut of Rakeem Christmas, who replaced James Farr. The former NBA cager seemingly has yet to work his way around, as he only had eight points on 2-of-10 shooting, 14 boards, and three dimes.

This game actually has no bearing for Magnolia, as they will enter the quarterfinals as the fourth-seeded team whether they win or lose. Waiting for them in the best-of-three series are defending champs Barangay Ginebra.

But if there’s somebody who has to be affected with the Hotshots’ defeat, it’s the San Miguel Beermen.

With the loss, the Beermen — last season’s Commissioner’s Cup runners-up — fell to the seventh spot, which means that they are in a twice-to-beat disadvantage against surprising leaders NorthPort Batang Pier.

The quarterfinals raise its curtains this Saturday, July 20, at the SM Mall of Asia Arena in Pasay City.

After airballing free throw in MPBL, Alvin Pasaol atones for it in Chooks 3×3