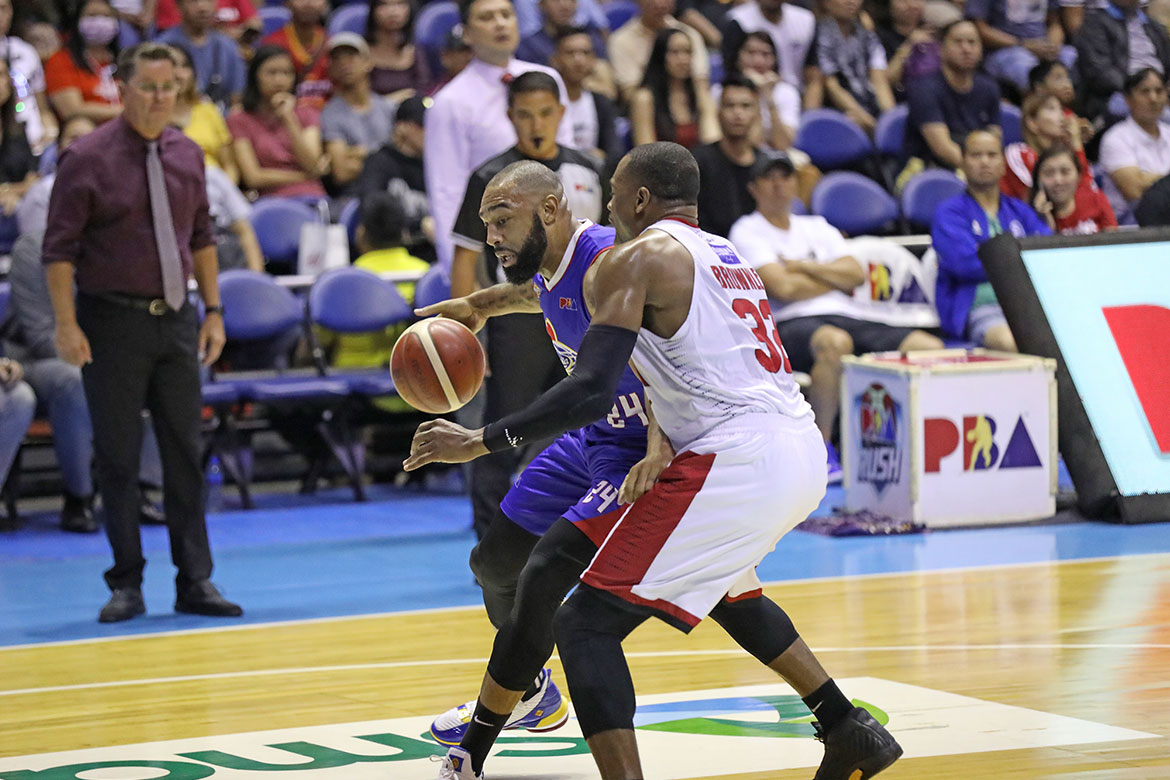 Romeo Travis has returned to action for Magnolia in its 2019 PBA Governors’ Cup meeting with Barangay Ginebra San Miguel on Sunday night.

The 34-year-old forward has recovered from an ankle injury he suffered in the Hotshots’ clash with rivals San Miguel last October 11, which they lost by just a hairline, 89-90.

That injury caused him to sit out their game against Marqus Blakely and the Blackwater Elite last Wednesday in Antipolo. His absence proved big, as they lost that match too, 89-95.

“It’s okay. Getting better,” said the former Best Import when asked regarding the condition of his right ankle.

Romeo was back in business in his return, picking up 17 points, 17 rebounds, and five assists in 36 minutes. But the American-Macedonian cager said that he has yet to regain his rhythm.

“Just the overall rhythm of the game. I didn’t have a good rhythm today,” said Travis, who shot 6-of-17 from the floor.

“I guess that’s what happens when you sit out for nine days and try to just play.”

“I didn’t play well enough to give us a chance to win… The turnovers for me, and I missed a lot of shots today that I normally would make,” lamented the 12-year pro from Akron, Ohio.

The loss was Magnolia’s third straight, and it now shares the sixth spot of the standings with Columbian Dyip with a 3-4 card. But for Travis, they just have to continue working.

“Today we just didn’t have enough.”

READ  Adamson does not allow Ateneo to reach base for 69th win
Related Topics:2019 PBA Governors CupMagnolia HotshotsPBA Season 44Romeo Travis
Up Next

Brownlee wanted to get another triple-double, but win more satisfying