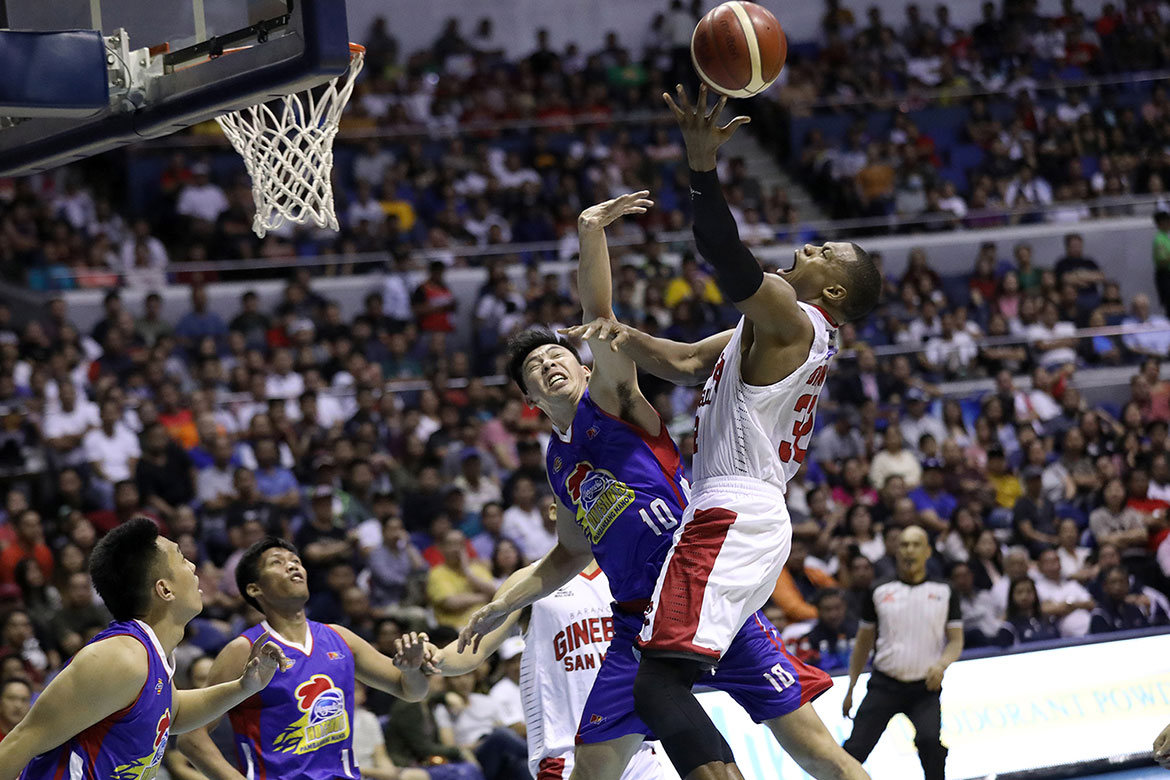 Justin Brownlee showed his all-around game anew, lifting Barangay Ginebra San Miguel past the Magnolia Hotshots, 105-83, in another chapter of the Manila Clasico in the 2019 PBA Governors’ Cup, Sunday night at the SMART Araneta Coliseum.

The American cager was just a rebound shy of posting his third straight — fourth overall — triple-double this conference. He finished with 27 points, 10 assists, and nine boards in over 40 minutes.

Brownlee helped facilitate the Gin Kings’ third quarter pull-away that saw them unload 11 straight points — nine of which came from Jeff Chan’s treys — en route to a 71-56 edge with 3:42 to go.

Ginebra then never looked back. It even led by as many as 27 points, 101-74, with 4:51 left in the game, before cruising to its second straight win. The Gin Kings also hike their win-loss record to 3-2.

“Really good third quarter and early fourth quarter. We’re surprised. I’m absolutely surprised that we were able to put that game away like we did,” admitted coach Tim Cone.

Rome Dela Rosa made 18 points to top-score Magnolia, which absorbed its third loss in a row and dropped to 3-4.

The loss spoiled the return of Romeo Travis following an ankle injury he sustained versus San Miguel last October 11. He had 17 points, 17 rebounds, and five assists.

Paul Lee had 14 points on 13 attempts with five boards, while Ian Sangalang added 10 markers in the loss.

Ginebra will take on Rain or Shine (1-5) next on Saturday, October 26. On the other hand, Magnolia will try to end its skid versus Columbian (3-4) next Sunday, October 27. Both games are still at the Big Dome.