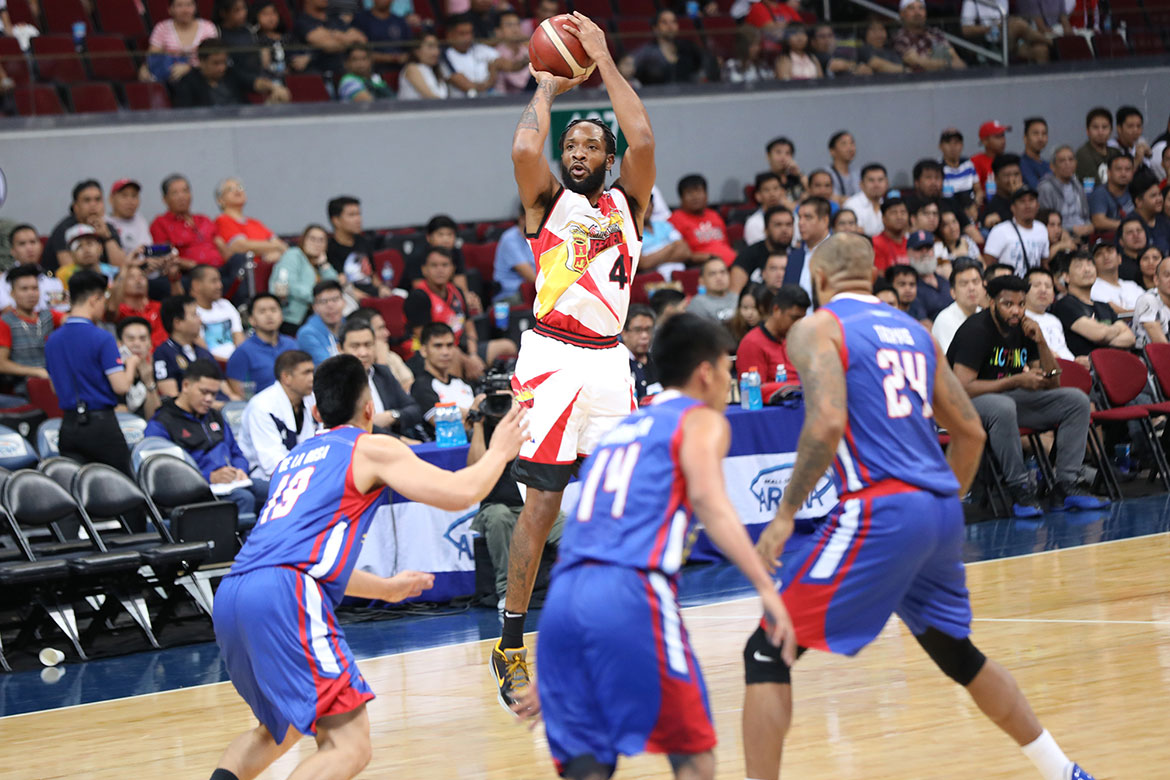 San Miguel withstood a tough challenge from the Magnolia Hotshots, 90-89, to extend its unbeaten run to four games in the 2019 PBA Governors’ Cup, Friday evening at the SM Mall of Asia Arena in Pasay.

Dez Wells gave the Beermen the lead through a lay-up with 2:07 left in the game. The rest of the team then stepped up on defense afterward to walk away with the thrilling one-point win.

Wells set the pace for the Grand Slam-seeking SMB with 33 points, seven rebounds, and five assists.

“I know from the start that this will be a tough game for us, that it will be an exciting game… Luckily, the players refused to lose,” lauded San Miguel head coach Leo Austria.

June Mar Fajardo had 16 points and 16 rebounds, while Alex Cabagnot chimed in 13 markers in the victory.

The Beermen actually had a good start into the match as they posted a 31-21 lead early. The Hotshots fought back, though, and even posted a 61-51 lead with 7:20 to go in the third quarter.

San Miguel then responded with a 19-9 run — ended by a Von Pessumal triple — to tie the game at 70-all with 1:13 left in the same period. Both squads continued to trade blows the rest of the way.

Unfortunately, though, bad luck struck Magnolia in the final minutes. It lost Romeo Travis with 4:53 left as he hurt his ankle, then Paul Lee just two minutes later as he lost a tooth.

Still, the Hotshots kept fighting, and even got an 89-88 lead thanks to Ian Sangalang with 2:37 left to play.

Wells stole the lead just thirty seconds later, however. Magnolia had chances to win the game, but Mark Barroca’s jumper hit nothing but air as time expired, sealing the win for San Miguel.

“I told the boys we didn’t get a lot of good breaks, so we had to focus and play hard because this Magnolia team is really out there to beat us,” said three-time Coach of the Year Austria.

San Miguel played without Terrence Romeo due to flu-like symptoms, but it has welcomed back Marcio Lassiter, who played his first game after two months due to a knee injury.

Travis had 31 points, 12 rebounds, and six assists, while Lee had 22 points built on five triples to lead the Hotshots.

Magnolia saw its three-game winning streak  come to an end, falling to 3-2.

“They only scored 90 and that’s what we want — we don’t want them to score a hundred plus points. ‘Di lang namin na-shoot yung huli but it was a good shot,” said coach Chito Victolero.

San Miguel will next face Barangay Ginebra San Miguel (1-2) on Sunday, October 13, at the SMART Araneta Coliseum. Meanwhile, Magnolia will take on Blackwater Elite (1-3) on Wednesday, October 16, at Ynares Center in Antipolo.