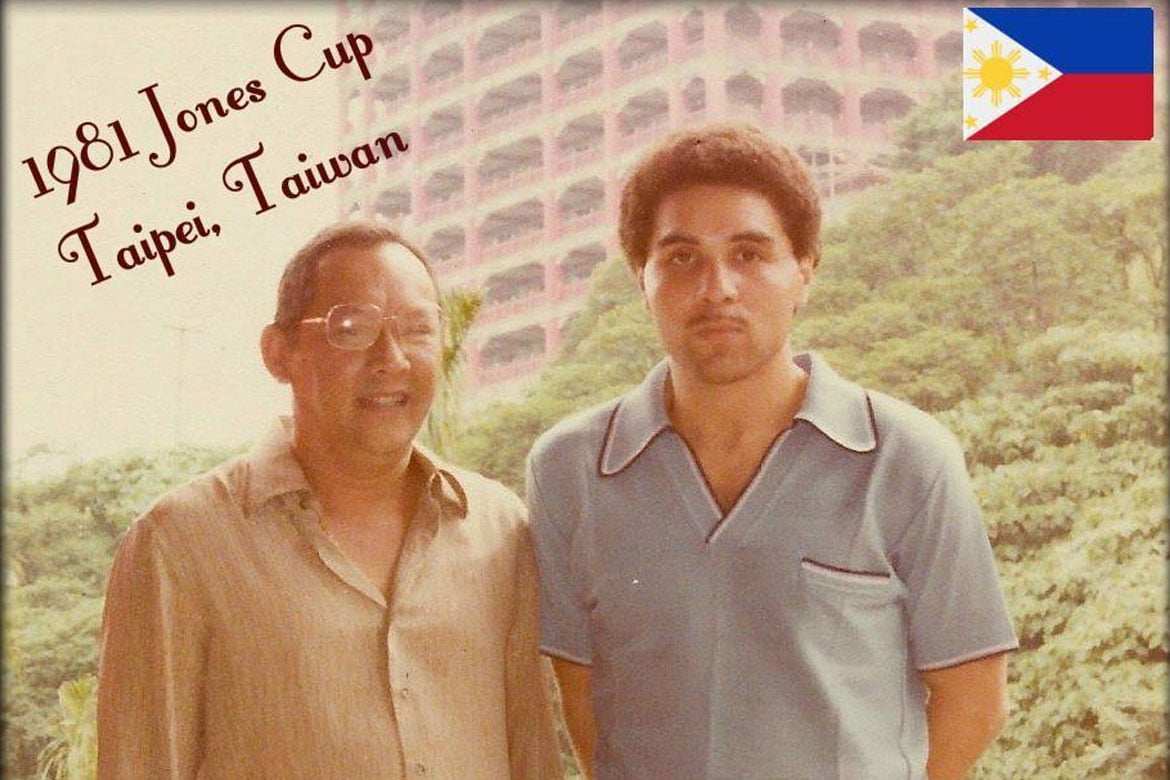 For PBA great Ricardo Brown, he will forever remain indebted to Ambassador Eduardo “Danding” Cojuangco for changing his life.

The Hall of Famer expressed as much in a heartfelt Facebook post, as he paid tribute to the Philippine basketball godfather, who passed away Tuesday at the age of 85.

“I owe him so much because he dramatically changed my life.”

Cojuangco was responsible for bringing Brown here in the Philippines in 1981. Back then, he was eyeing the Chicago-born cager for the NCC national team under coach Ron Jacobs.

The guard from Pepperdine University came to the Philippines two years after being taken by the Houston Rockets in the NBA Draft, though he was left unsigned.

“My heart was with you from Day One when I got off that plane with Nestor Mayoralgo and Doc Carrascoso and stepped on Philippine soil for the first time,” he wrote.

Brown became part of the original NCC crew that included mainly Americans such as Jeff Moore and Dennis Still, whom Jacobs was looking to naturalize.

That squad went on to win the 1981 William Jones Cup in Taiwan, but it did not gain enough support from Filipino fans for having too many foreigners.

Eventually, that program was scrapped, and it left Brown with nothing to play for. And that led him to enroll in De La Salle University in 1982.

But Brown felt that it wasn’t enough competition for him, as the Green Archers that time had just left the NCAA in 1980.

“I didn’t want to leave the Boss. Not a chance. But our team was not playing or even practicing for an entire year. We were in limbo because of political issues beyond our control and I was in the prime of my athletic life,” he recalled.

“I was dying to play competitive basketball again. Taking a few classes at La Salle and wearing the Green jersey in spot exhibition games were not enough.”

So that time, as difficult as it was for him, he sought the permission of Cojuangco to turn pro and enter the Philippine Basketball Association.

He got the green light, and up to now, he still remembers every word of what Cojuangco had told him that time.

“Mr. Cojuangco gave me his blessing and I will always remember what he said to me,” the 6-foot guard wrote.

“He said, ‘Ricardo, I can’t guarantee anything and I know you want to play again. You have my blessing to leave us and go to the PBA if that’s what you want to do. I predict great things to come for you. I wish you the best and if for some reason, things don’t work out, you always have a place with me here.’

“I will remember that conversation verbatim for the rest of my life,” added Brown, who’s currently a school principal in California.

Brown then entered Asia’s pioneering pro league in 1983, becoming the first Filipino-American to play as a local.

He then went on to have a stellar career. He won Rookie of the Year honors and was named league Most Valuable Player in 1985.

Brown won a total of nine championships suiting up for Great Taste and San Miguel, highlighted by a rare Grand Slam feat with the Beermen in 1989.

Eventually, the four-time Mythical First team member wound up in the 25 Greatest Players lost in 2000.

“Without Boss Danding, there is no RB23,” wrote Brown, regarded as one of the finest combo guards to ever play in the PBA.

“Mr. Cojuangco did more than provide me a chance to play basketball in The Philippines. The Boss brought me home. “

Mighty Sports prexy on Tab Baldwin: ‘His love for PH basketball is deeply rooted in him’