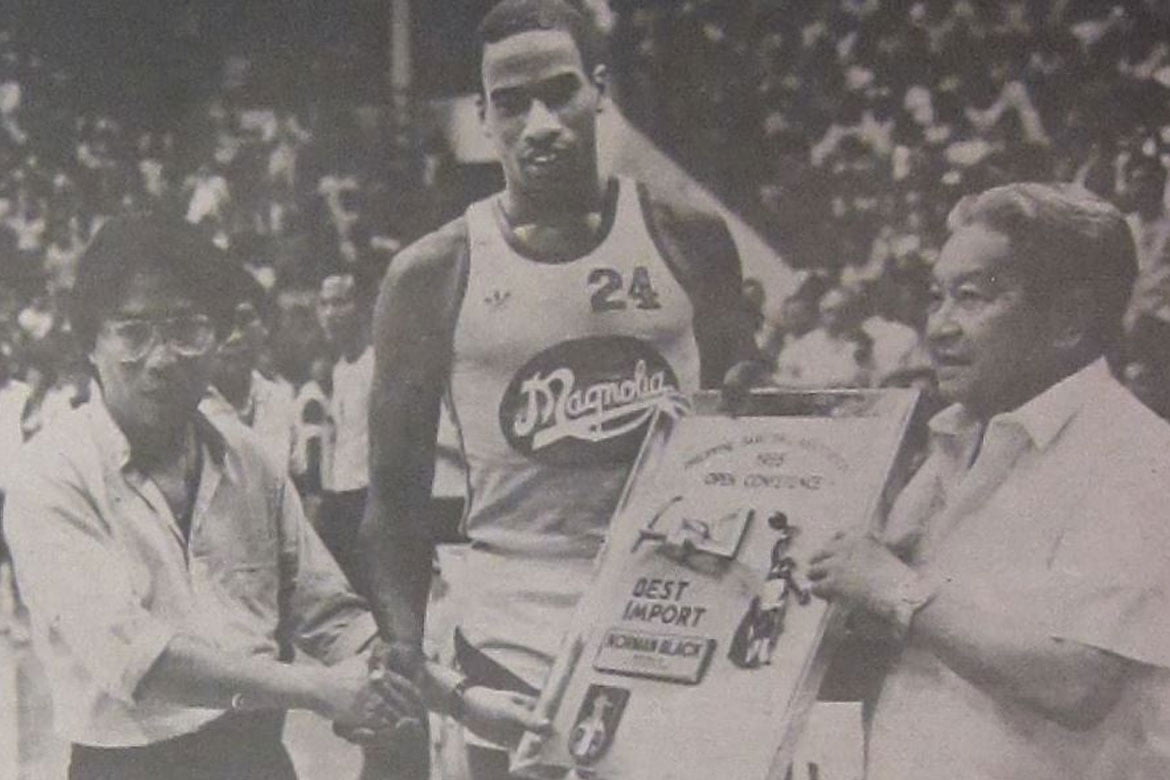 Ever imagined how Norman Black would look while donning the Philippines’ red, white, and blue in the international basketball arena?

The 62-year-old revealed in the CPT Crossover Podcast on Tuesday that he was set to become a naturalized player for the Northern Cement national team program.

And it was a plan by none other than the late Ambassador Eduardo “Danding” Cojuangco, who was the godfather of the men’s cage team during the 1980s.

“One of the plans that Mr. Cojuangco had for me was to become a naturalized player,” Black told the podcast presented by SMART.

Chit Pineda and Douglas Luym, two people close to Cojuangco, were the ones helping with his naturalization, Black recalled.

“If I remember it correctly, Chit Pineda and Douglas Luym were the two who were given the assignment to get me naturalized,” he said.

“And the first process to get me naturalized is to get me a permanent resident, which Chit did. And the next step was the move for me to become a naturalized citizen.”

The wheels were rolling. Unfortunately, it never saw the light of day, due to the eventual ousting of President Ferdinand Marcos, an ally of Cojuangco.

“The only problem with the naturalized citizen part was it takes time. Doesn’t happen overnight. And Mr. Cojuangco, he left just a few months later,” Black said.

In the end, it is a big what-if. Had everything fallen into place, he would’ve teamed up with naturalized players Dennis Still, Jeff Moore, and Chip Engelland in that NCC crew.

Also, Black, one of the best to ever play in the PBA, would’ve been part of the Philippine team bound for the 1986 FIBA World Championships in Madrid, Spain.

The Philippines qualified for the Worlds after ruling the 1985 ABC Championship, but the NCC program was scrapped in the aftermath of the People Power Revolution.

“He had plans for me to become a member of the RP team, play for the national team. It didn’t just push through because he didn’t remain in the Philippines,” Black said.

“But if he had remained, I think there is a strong possibility I could have and would have played for the RP team.”

Still, Black is nothing but grateful to Cojuangco. But more than what The Boss gave him, it is how Cojuangco treated him that he will forever appreciate.

“Sometimes you meet people you just like. If you ask me, I just like Mr. Cojuangco,” said Black, who has won nine PBA titles, including the 1989 Grand Slam with San Miguel.