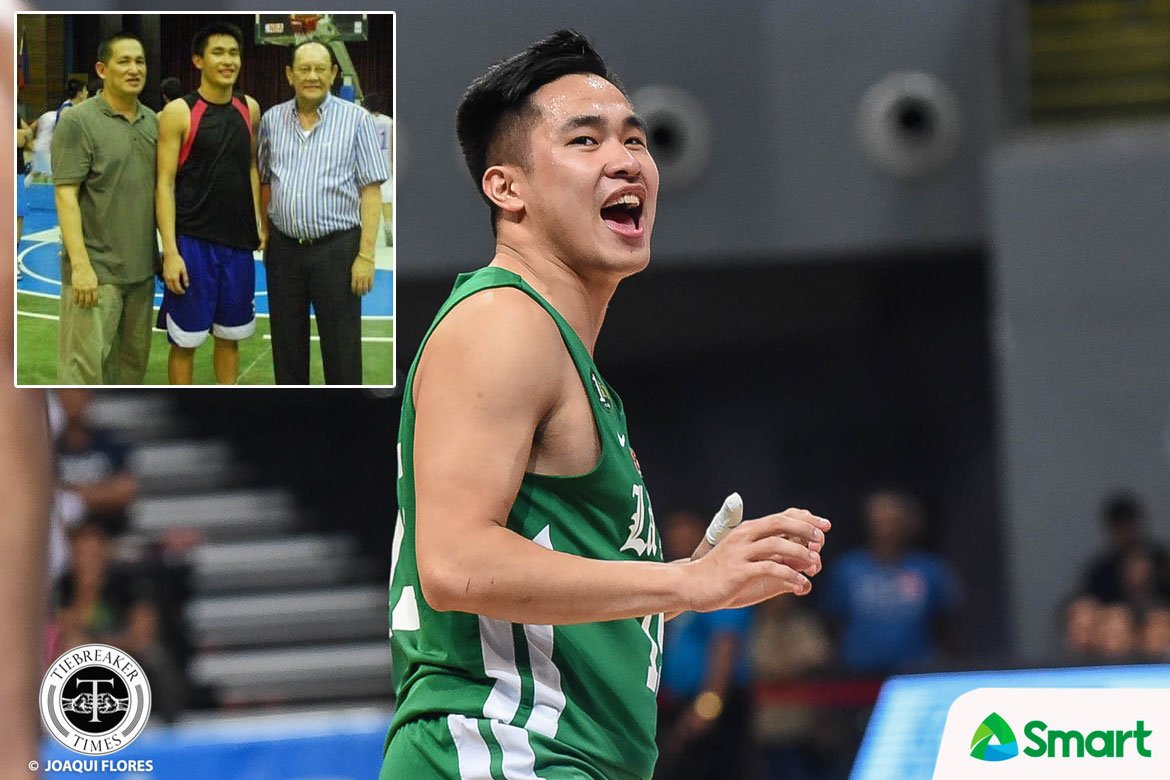 It was a dilemma facing a young Kib Montalbo, as two of the most successful college basketball programs were vying for his services.

Montalbo, a 5-foot-11 guard, was one sought-after talent, having been the star of St. John’s Institute in Bacolod City.

All that uncertainty, though, eventually disappeared. And the reason was simple: Ambassador Eduardo “Danding” Cojuangco.

A staunch supporter of DLSU, Cojuangco personally recruited Montalbo, even attending one of his practices just to show his sincerity in getting him.

Moreover, Cojuangco himself invited Montalbo to his house, and the godfather of Philippine basketball even attended his high school graduation.

That then convinced Montalbo to take his talents to Taft Avenue.

“When he went to Bacolod, ‘yun ‘yung game-clincher,” he said.

The rest, as they say, is history. Montalbo went on to win two UAAP gold medals in a career where he established himself as a defensive ace.

He would go on to play in the MPBL with Makati Super Crunch, before being drafted 11th overall by TNT KaTropa in last year’s PBA Rookie Draft.

Montalbo may come far in his career, but he will always remain grateful to La Salle, and most of all, to The Boss.

“”Yung support niya sa basketball when it comes to La Salle, ibang klase. He always watches the games,” he said.

“Every game, he goes to the locker room. Before the game, after the game, he always speaks to us. That’s Boss Danding for me. Very supportive person,” he added.

And what Montalbo will also remember about Cojuangco was that he is no ordinary supporter, as he knows the game so well.

“Other bosses may not really notice that, pero he’s really into basketball. Hindi lang siya nagsu-suporta ng basketball, he really knows the game itself. So I think that’s the big difference with Boss Danding.”

Calvin Abueva always brings his best when ‘Second Dad’ Gov. Delta is around