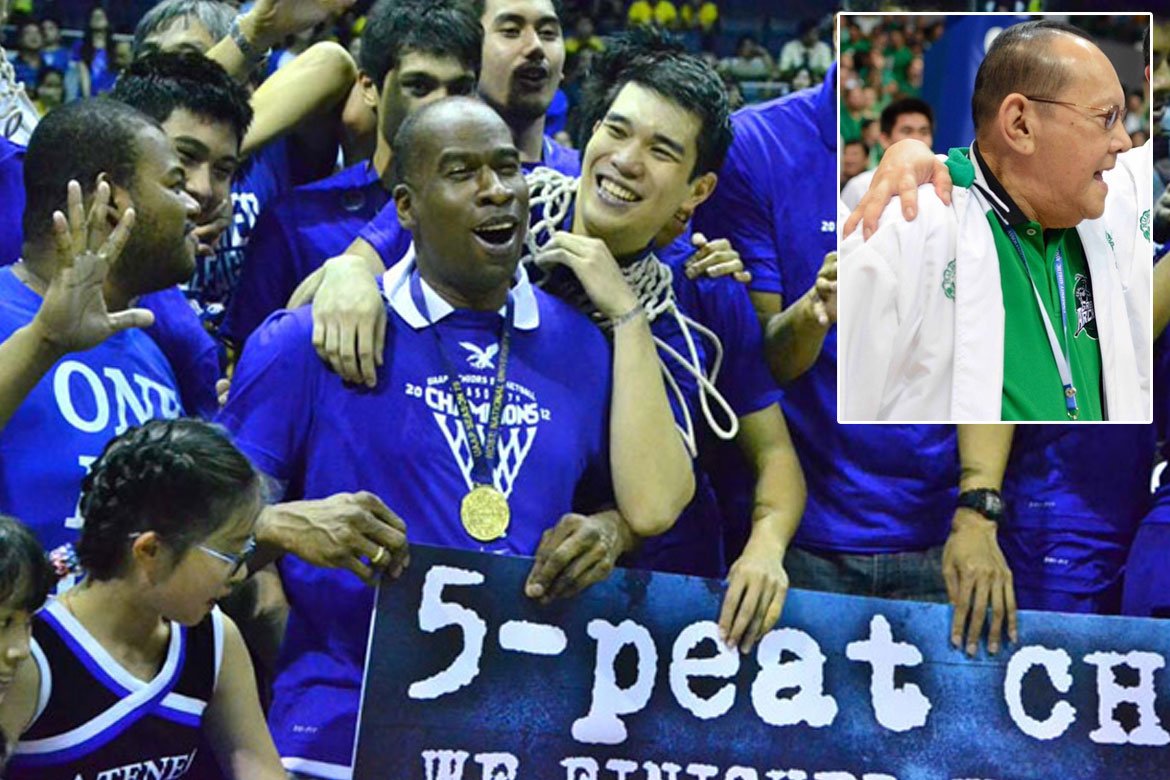 Norman Black remains incredibly grateful to Ambassador Eduardo “Danding” Cojuangco, since the godfather of Philippine basketball helped him become the man that he is today.

Cojuangco himself discovered that the American cager could become a coach, and Black eventually achieved immense success in his still-going career.

It all began when the San Miguel Corporation chair offered Black as San Miguel’s playing coach in the PBA in 1985. And the rest, as they say, is history.

“He saw something in me that I definitely did not see in myself,” said Black in the CPT Crossover podcast presented by SMART, Tuesday.

“I’m just grateful because I am still coaching up to now,” added the 62-year-old, who’s currently the head coach of the Meralco Bolts.

Black has long proven Cojuangco right on his decision. With him on the sidelines, the Beermen won a total of nine championships.

Of course, that includes the historic Grand Slam feat in 1989, making SMB the second team in league history to achieve the Triple Crown.

Black remained San Miguel’s chief bench strategist until 1996. Then, his relationship with the conglomerate ended. And eventually, both the multi-titled mentor and the billionaire businessman met each other on different sides of the basketball court.

In 2005, Black became the head coach of Ateneo which, for many decades now, is the nemesis of La Salle — of which Cojuangco was a staunch supporter.

“We know Mr. Cojuangco was also a great supporter of La Salle. And all of a sudden, we found ourselves on different sides of the court,” Black said.

That rivalry is as heated as it can get. But never did it diminish the amount of respect and gratitude Black has for Cojuangco — even if they were on warring sides.

Black even shared how he would wait for The Boss at the venue after watching games of his son Aaron, to catch up even just for a while.

“One of my highlights even after my coaching and as I attend the games of my son, Aaron, was the fact that Mr. Cojuangco used to attend those games. Anybody who attended the games at Araneta knew that he was allowed to park his car inside the arena. He can get out inside the arena, he didn’t have to walk through the parking lot. I would always look forward to those times where he would be walking out and I was just, ‘Hey boss, how are you?’ And he would recognize you and talk to you immediately,” the five-time UAAP champion coach recalled.

Black, indeed, has nothing but love for Cojuangco. He felt extremely saddened upon learning that Cojuangco had passed away last week. Conjuangco was 85.

“A lot of people have impacts on your life, and he is one person to have a big impact in my life.”

Who is Eumir Marcial’s dream opponent?