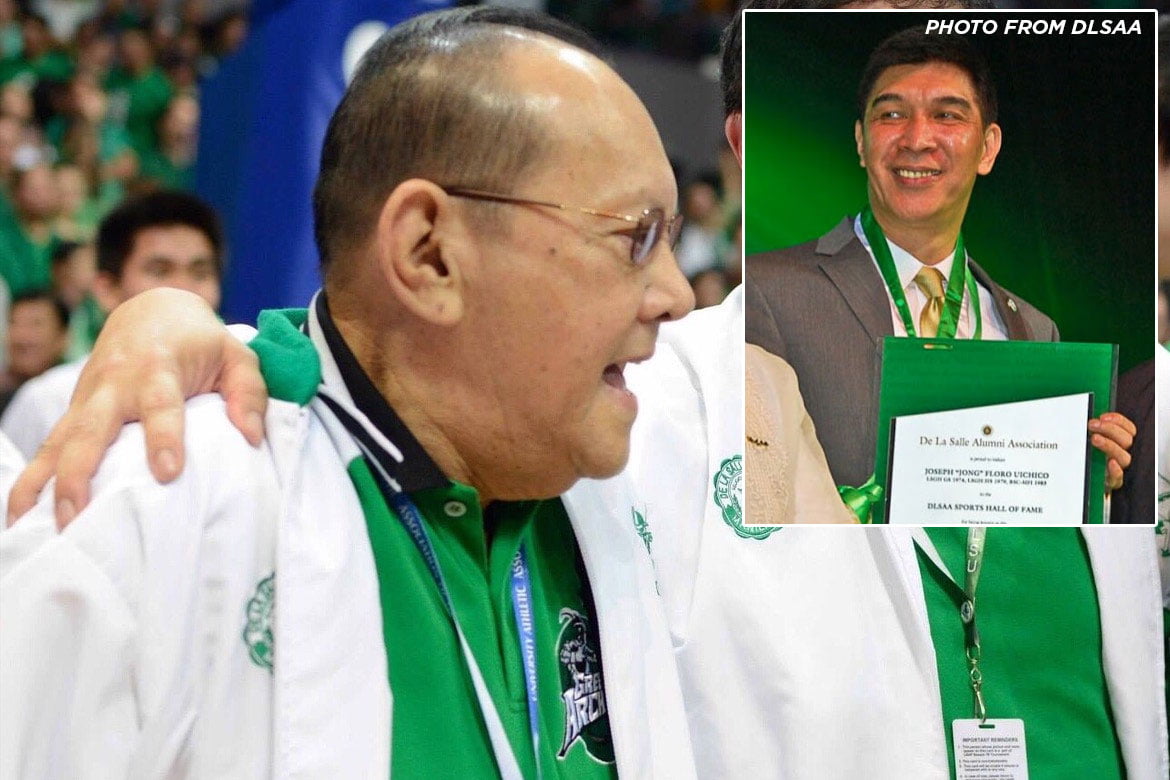 For Jong Uichico, he would not be where he is right now if it wasn’t for Ambassador Eduardo “Danding” Cojuangco.

And Uichico remains eternally thankful to the Philippine basketball godfather for starting his career in the sport where he has earned so many accolades.

“I owe him a lot,” said Uichico in the 2OT podcast presented by SMART, Saturday, in an episode that paid tribute to Cojuangco, who passed away Tuesday at the age of 85.

Uichico began his basketball journey as a player for De La Salle University. He soon became part of the NCC national team program, which is Cojuangco’s brainchild.

And in the early 1990s, Uichico was named as the coach of the Green Archers, of which Cojuangco is a staunch supporter.

His stint didn’t result in a UAAP championship, but that still opened the doors to what would be a stellar coaching career for Uichico.

Uichico and Cojuangco’s relationship continued in the PBA, where the former showed that he is among the brightest basketball minds in the country.

He was named the head coach of San Miguel in 1999, and he went on to steer the Beermen to six championships.

Uichico was then moved to Barangay Ginebra in 2006. There, he led the league’s most popular team to a pair of titles.

Championships matter a lot in sports, but for Uichico, Cojuangco also puts a premium on playing as hard as they can.

“Yes, he puts premium on winning, but he puts more premium on playing hard every game and playing the right way. Mas premium sa kanya ‘yun eh,” he said.

Uichico even recalled one instance where The Boss gave the Beermen rewards despite losing, since he appreciated the effort he saw from them.

“It’s a proof lang na gusto niya talaga sa mga player ay pumukpok. Of course, the championship will always be there, but it’s not the end-all kumbaga kay Boss ECJ.”

Definitely, Cojuangco will be missed by those he had left behind. And for Uichico, what he will always remember Cojuangco for how he treated those around him.

And that, the 57-year-old said, is something which he would like to emulate the best that he can.

“I like his personal touch to a team. Kumbaga hindi lang naman trato sa’yo basketball player. Kumbaga, you feel important when he is there,” he said.

“His personal touch, a little kumusta, a little usap dito, a little usap doon… Parang he goes out of his way just to chitchat a little bit, have dinner. Boss siya pero he is one of the guys. ‘Yun ang feeling ko sa kanya and that personal touch niya goes a long way. Though you know he is the boss, he doesn’t make you feel that he is above everybody because he is a very down-to-earth person and he knows how to talk to you. You feel like wanting to play for him. ‘Yun ang importante doon eh. You feel like wanting to coach for him if it is for him. ‘Di na bale ‘yung bonus eh — yes that’s given, pero ‘yung wanting to play for an organization, that goes a long way,” he continued.