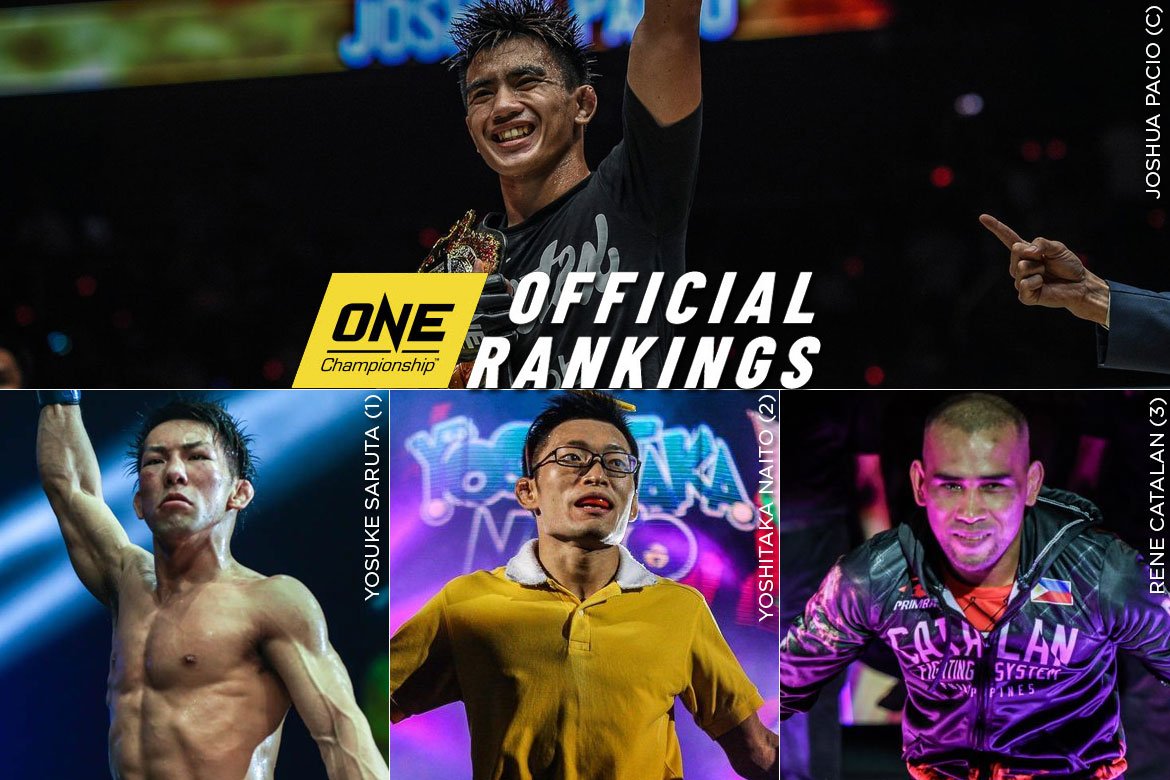 Rene “The Challenger” Catalan has come a long way since his days at the bottom of the food chain in the strawweight division.

After he went 0-2-1 in his first three matches in ONE Championship, the pride of Sta. Barbara, Iloilo currently sits in third place in the official ONE athlete rankings.

Catalan is just below former World Champs Yosuke “The Ninja” Saruta and Yoshitaka “Nobita” Naito in the division currently ruled by ONE Strawweight World Champion Joshua “The Passion” Pacio.

Seeing how he is one of the elites in the division, Catalan feels motivated to scale the ladder once again.

“I am motivated to see my name ranked as number three. I am thankful to be a part of it. Now I’m even more fired up to catch up with the rest of them,” Catalan said.

“I was previously the number one contender. After my loss I dropped to number three… On my part, I just have to prepare,” he admitted.

“My match with Pacio was a good experience. Though I lost, I wasn’t demoralized or disappointed. I just got more eager to train.”

Catalan has beaten Naito in the past, but he has no qualms about the Japanese veteran grappler sitting in the spot above his.

“Naito won his last two bouts, so I have no problems having Naito at number two,” he said. “I think he deserves to be there.”

He also has no issues facing Naito again — or even Saruta and Silva — if it means he can scale the division.

Just do not ask him to face the fifth-ranked Lito “Thunder Kid” Adiwang; he has no plans to battle another local again, sharing that his showdown with Pacio was just an exception.

“In my heart, I don’t want to face a fellow Filipino. I was just triggered by some comments of the fans of Team Lakay, so I wanted to prove myself back then,” Catalan said.

“As much as possible, I want to support my fellow Pinoys. I’ll face anybody except them,” he continued.

“It’s hard to drop names. But I’ll face whoever, from Saruta, Naito, or Silva. I just don’t want to be too overconfident, but I want either of the three.”

In this article:Catalan Fighting System, ONE Official Rankings, Rene Catalan