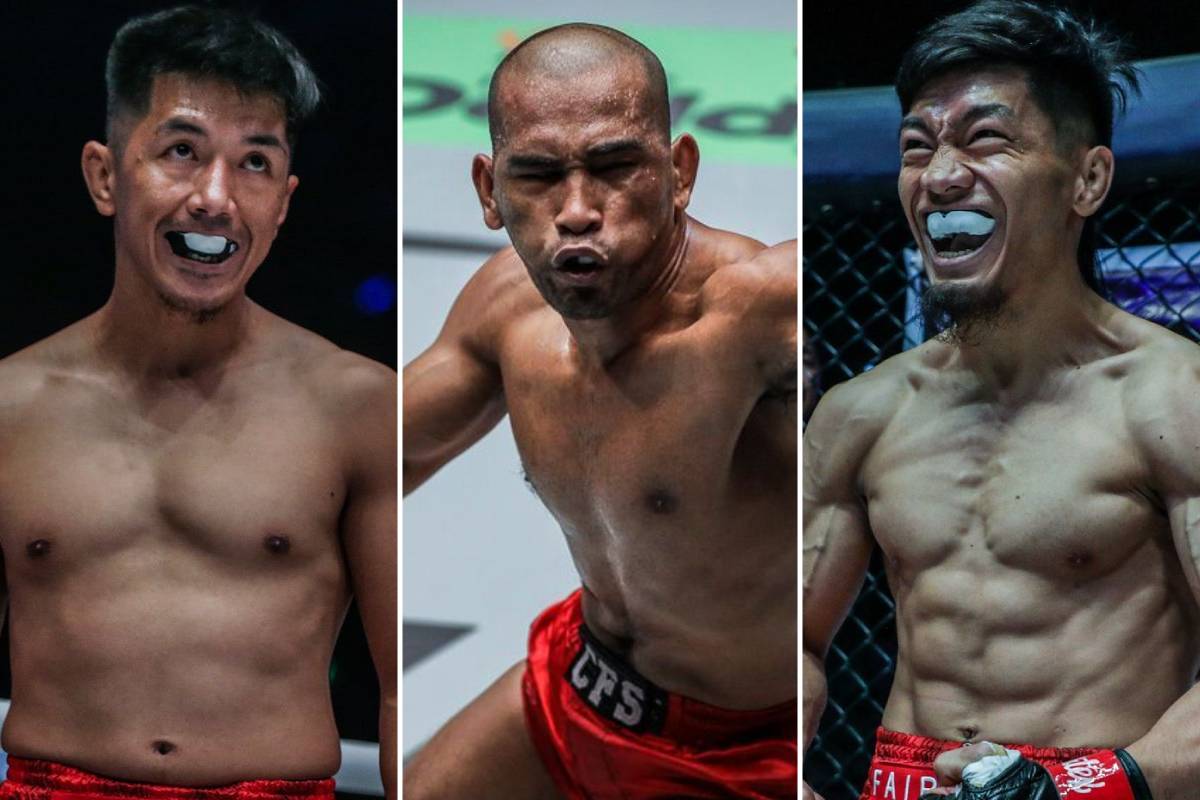 The year 2021 is officially in full swing.

There is plenty to look forward to in the Philippine mixed martial arts scene – from the bounce backs of Team Lakay and Catalan Fighting System; to the Zamboanga siblings Denice and Drex; to the impending challenges for Filipino-American superstar Brandon Vera.

Coming off an up-and-down year, Geje “Gravity” Eustaquio, Lito “Thunder Kid” Adiwang, and Rene “The Challenger” Catalan took time out to share their visions for the new year.

“My New Year’s resolution is to be more positive, to always look at the beauty of everything whether in good times or bad.

“As an athlete, it’s the same – just to keep on working to be a better athlete. I look forward to competing more, and of course, to stretch my winning run further,” said Eustaquio, the former ONE Flyweight World Champion.

Eustaquio ended the past year with a victory in his one and only appearance. And it was a very important one for Team Lakay after the stable suffered a string of painful setbacks.

Eustaquio’s win over South Korea’s Song Min Jong back on ONE: Inside The Matrix could set him up for some very important bouts down the road. He could face a potential showdown with top flyweight Reece McLaren, a rematch with Yuya Wakamatsu, or a super-fight against ONE Grand Prix winner Demetrious Johnson.

For Eustaquio’s up-and-coming Team Lakay teammate, Adiwang, it’s all about coming for that gold belt.

“It’s all simply about being a better person, and of course, I want to explore more things in life. Also, I look forward to achieving both my goals in my life and in my career. Such goals are winning and being at my best in my future fights so I can get closer to the strap. If I can challenge for it next year, then that’s the ultimate goal,” said Adiwang.

“On the other hand, my goal for my family is that I get to finish the house that I’m building for them. I hope to finish it this year.”

Adiwang’s meteoric rise through the ranks and seven-bout win streak snapped in November in a close split decision loss to Japan’s Hiroba Minowa. The Team Lakay stalwart is hopeful he can start another epic run.

Adiwang may have to refocus his efforts on a move to flyweight, however, as Team Lakay teammate Joshua Pacio has a firm hold on the strawweight world title in his current weight class. Regardless, expect Adiwang to make a furious 2021 debut when he makes his first appearance this year.

Another veteran, former ONE World Title challenger Catalan, wants more than just to further his fighting career. As he’s been doing for so long, Catalan wants to continue helping the next generation of Filipino mixed martial arts stars better their careers in the coming year.

“My resolution is to help more athletes build their dreams, guide them in honing their skills, and hopefully get them to ONE Championship so they can have the chance to rise above their personal hardships in life,” said Catalan.