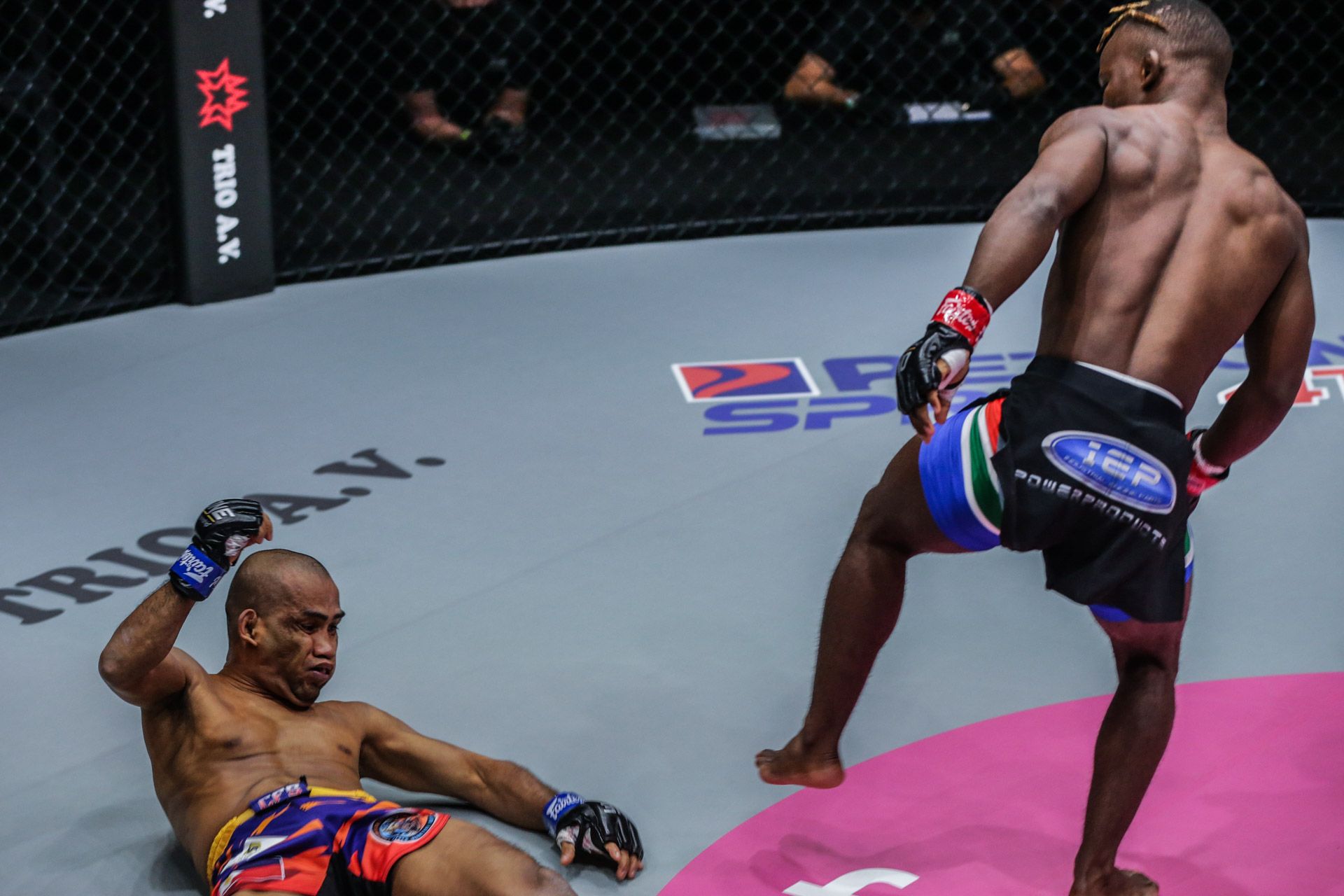 Rene “The Challenger” Catalan offered no excuses after suffering one of the worst losses of his career last Friday, December 4, at ONE: Big Bang.

The Catalan Fighting System founder was on the wrong end of a highlight reel, with Bokang “Little Giant” Masunyane scoring a sensational 37-second head kick KO win at the Singapore Indoor Stadium.

“Actually, I was really prepared for this. I was confident about my cardio. I prepared better than I did against Pacio. Even though we were in lockdown, I was still able to prepare well,” Catalan told Tiebreaker Times’ The Hit List immediately after the bout.

“If you look at all my previous preparations, this is probably the best I’ve had in years. I just didn’t expect that knockout to happen.”

It was the worst loss of Catalan’s career since he has suffered finishes before, but never this quickly.

The 42-year-old said he was surprised by the gall of the South African to go for the home run at such an early stage of the match.

“I know he’s a high-level wrestler. I wasn’t really expecting him to kick,” Catalan admitted.

“I was just trying to move out and escape. I was expecting him to shoot after that, but I didn’t expect him to throw a head kick.”

The erstwhile third-ranked strawweight credited Masunyane for his performance. While the South African is not officially in the top-five rankings yet, Catalan expects his foe to be battling the biggest names of the division soon.

“I see him either taking on Pacio or Saruta in the near future. There’s really a big chance.”

For Catalan, however, it’s back to the drawing board.

“If they give me a fight again next month, I’ll be ready. The training will continue because I really have to bounce back from this,” he said.

“I was confident about my preparation heading into this fight. I just didn’t expect it to turn out that way. But I want to bounce back as soon as possible.”

In the meantime, catch the previously-recorded ONE: BIG BANG this Friday, December 11, by downloading the ONE Super App.

In this article:Catalan Fighting System, ONE: Big Bang, Rene Catalan