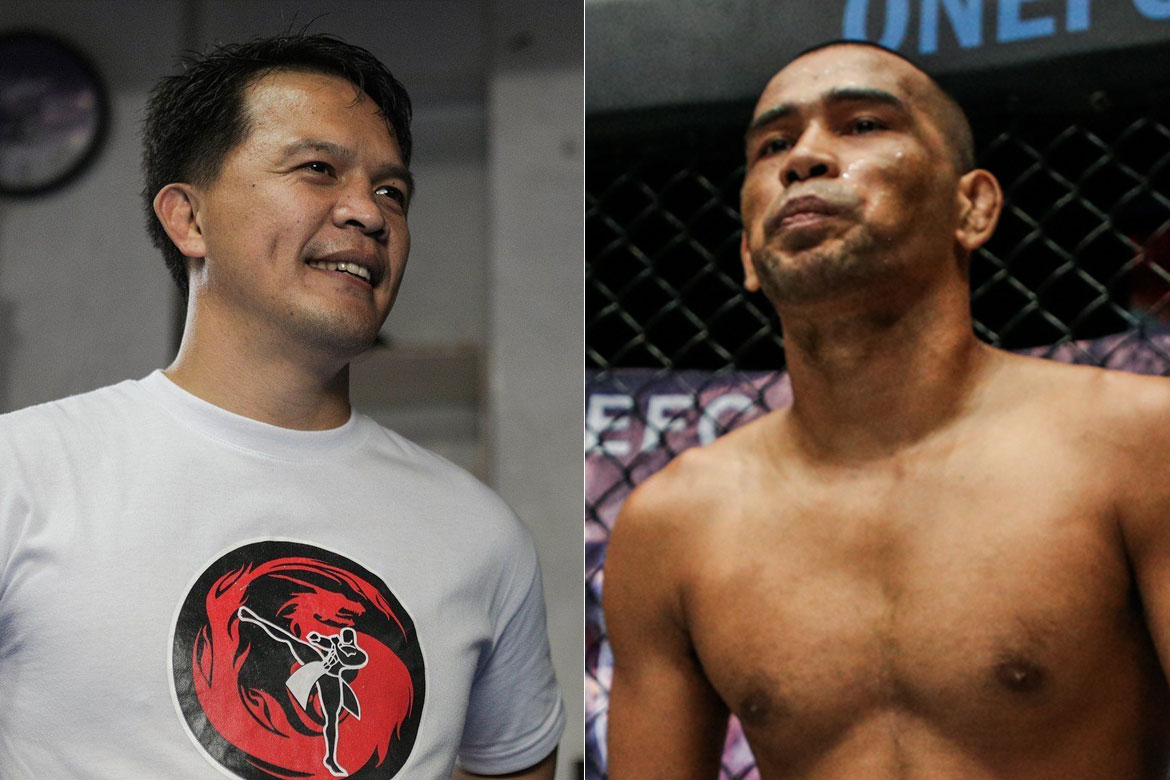 There will come a time in an athlete’s career when winning becomes more important than recognition, World Titles, and awards.

ONE strawweight contender Rene “The Challenger” Catalan has reached that point in his professional mixed martial arts journey.

Catalan will battle ONE Strawweight World Champion Joshua “The Passion” Pacio in the main event of ONE: Masters of Fate on November 8 at the Mall Of Asia Arena in Manila, Philippines.

For the 40-year-old, beating someone from Team Lakay will be sweeter than any accolades or trophies.

“There is an added motivation to train harder, to perform better. I don’t know if this is history. My goal is to not let up and get that victory over him,” Catalan said.

“History could wait. What’s important is to win. Winning is more important than the belt and making history. Winning is everything.”

The Iloilo City native has undoubtedly earned his spot as the rightful contender, but why is he so hell-bent on proving himself against Team Lakay athletes? The rivalry goes back to his time as a full-time wushu practitioner.

“During my time on the national team in 2002, it has always been the Cordilleran group in wushu. We were only a few from Visayas. They felt like we would not last,” the 40-year-old said.

“I have always kept that in my heart that I can keep in-step with them and I can stay with the national team.”

“The Challenger” also recalled how sparring sessions with his teammates went out of control.

“In sparring, it would get out of hand. They would be taking it to the athletes from Visayas each time,” Catalan said.

“Of course, I won’t allow that to just simply pass. I would usually get back at them. Every time we’d spar, it seemed like there was no tomorrow.”

This showdown between Catalan and Pacio rekindles the old rivalry with his old teammates, but a win on November 8 does not mean vindication according for the strawweight.

READ  Robin Catalan, CFS reach out to neighbors in Makati

“It’s not vindication. If I get this match, it’s all about proving myself to them after all these years,” Catalan said.

“It’s all about letting my actions do the talking.”

And while the Catalan Fighting System representative did not offer a prediction on how the prospective match-up between him and “The Passion” would unfold, he is confident he can hang with the lions of the highlands.

“We all know about Team Lakay and their wushu, they’re like lions. But they’re just lions,” Catalan said.

“I am bringing out the lion in me as well. I know their preparation and strengths, but I don’t know if they know me.”

The Home Of Martial Arts then returns to the Mall Of Asia Arena in Manila, Philippines for ONE: Masters of Fate on November 8.

Get your tickets here and use the code ‘onewarrior’ for 20-percent discount.

Watch both shows for free by downloading the ONE Super App.

Related Topics:Catalan Fighting SystemONE: Masters of FateRene Catalan
Up Next