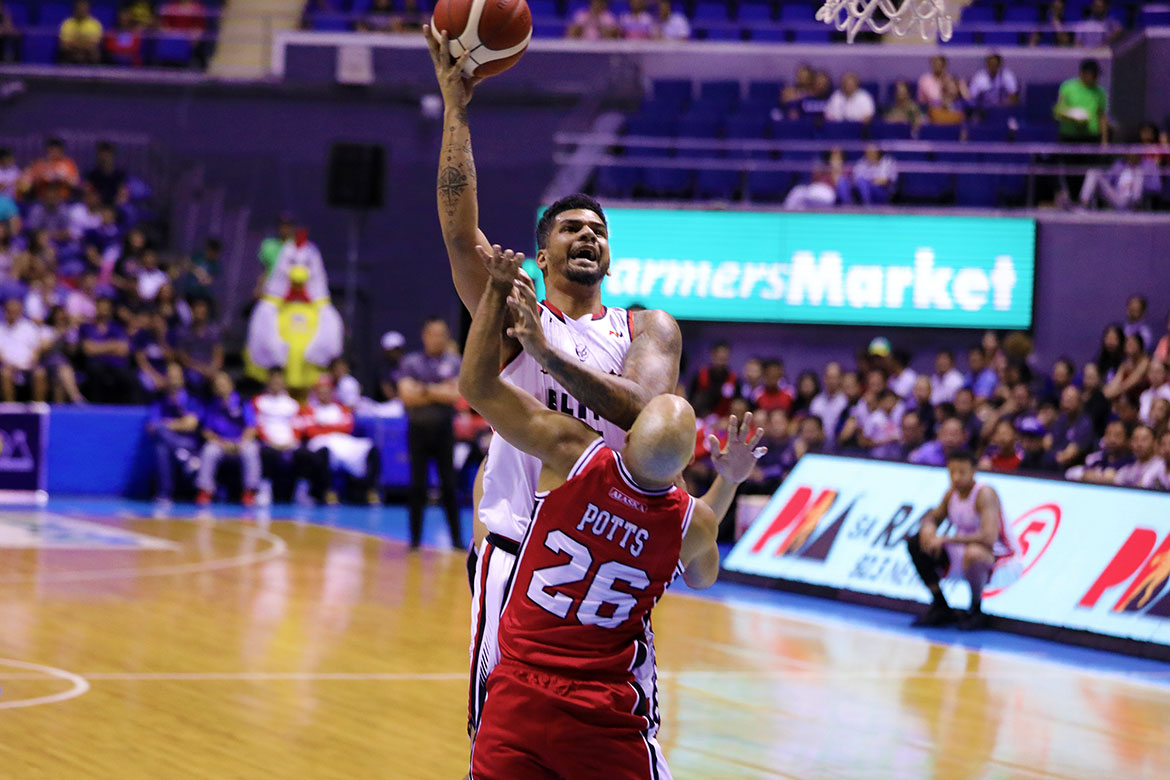 Change is constant, as they say, and that old saying applies as well to the game of basketball.

Rabeh Al-Hussaini is well aware of it. With the game being played more from the perimeter nowadays that even big men should be able to shoot from distance, the 30-year-old knows that he has to keep up to that trend.

“So, I’m just trying to like, improve my game or re-invent myself so at least maging helpful pa rin ako sa team ko,” said Al-Hussaini.

The 6-foot-7 big man and Blackwater Elite went up against the Alaska Aces for their last elimination round assignment in the 2019 PBA Commissioner’s Cup, Sunday evening. And it was where he showed a bit of his range.

Al-Hussaini — who had just been averaging 5.7 points prior to Sunday — produced 12 points spiked by a couple of three-pointers, including a bailout trey that gave his side a 109-104 lead with 1:04 remaining in the game.

That booming triple would turn out to be so pivotal as it helped Blackwater repulse Alaska, 112-104.

Both of Al-Hussaini’s outside shots in the tightly-fought game bounced the rim first before getting in. But for the 10-year veteran out of Ateneo de Manila, he will take it as long as it meets the bottom of the net, not the other way around

“Pero okay lang naman, I’ll take it, kesa naman mintis,” said Al-Hussaini with a chuckle, comparing his shots to the game-winner by Kawhi Leonard that towed the Toronto Raptors to the 2019 NBA East Finals.

The win meant so much for the Elite as it enabled them to clinch the third seed heading into the quarterfinals, which they haven’t done before. For Al-Hussani, the victory as great confidence-booster for them as they gear up for the next stage.