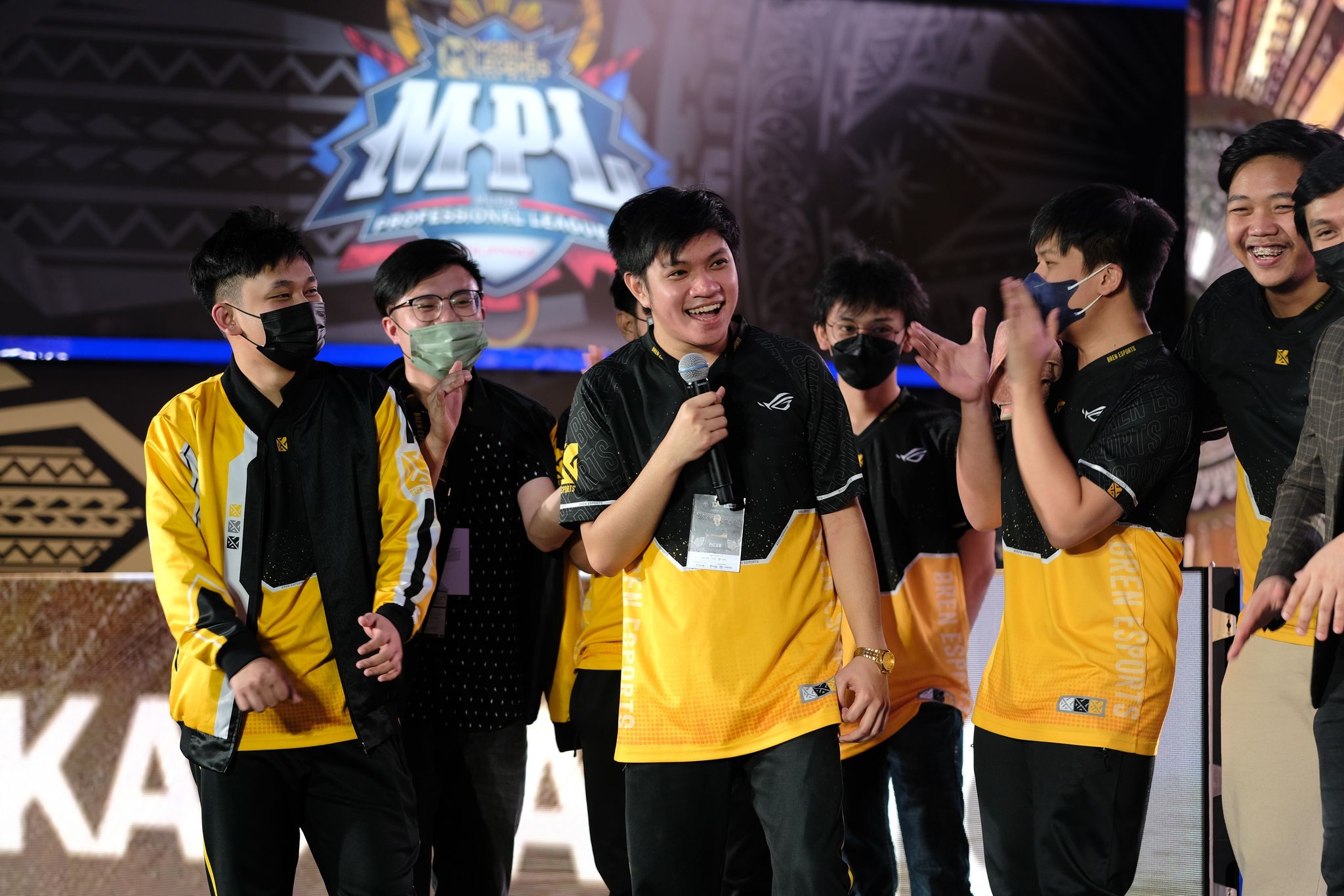 Prior to the season, there was a discussion within Bren Esports’ camp if who among Angelo “Pheww” Arcangel and Dale “Stowm” Vidor should take the middle lane spot in the team’s main starting unit.

Assistant coach Paulo “Pauloxpert” Munsayac suggested elevating Stowm to the main five after spending the past season riding the bench but head coach Francis “Duckey” Glindro countered by making a case for Pheww.

According to Duckey, the team cannot afford to field five up-and-coming players at the same time and hope that they can get their act together as the season progresses. This is why he made sure to vouch for the ten-season veteran, who has been Bren Esports’ glue guy in their redemption campaign this MPL Philippines Season 10.

“Pau was actually suggesting that we put in Dale (Stowm) instead of him (Pheww) then I countered it with ‘we need experience.’ We cannot just field five players without you know, without knowing how to punch,” Duckey shared.

“I said this is a guy who knows how to throw a hook, a jab, and every other punch there is so I said let’s try it out. Luckily it worked and it meshes really well with his ideas the really good thing is the four other players really look up to him as a kuya. This is really a good thing. That’s why he (Super Marco) kisses him (Pheww) from time to time,” he added.

On Saturday night, Pheww vindicated his coaches’ decision and spearheaded Bren Esports’ return to the playoffs by way of a 2-1 victory over defending champion RSG PH. The win pushed their tally to 18 points off a 7-5 win-loss standing.

For his part, the former national team standout said that he’s just glad to finally make it back to the postseason after a two-season drought.

Knowing that the team has yet to reach its peak, Pheww said that the team will work twice as hard heading into the playoffs to make sure that Bren Esports’ will have a fruitful campaign in its return.